Merry Christmas everyone!!!  Ah... a beautiful day compared to what I had to listen to later last night.  Didn't get my wish for the criminal neighbors to be gone and had to call the cops three times on Christmas Eve of all nights, but I was home alone listening to death threats and I'm going to keep calling every single time and get it documented.

This morning, was great.  I woke up to my HTC tablet's alarm going off.  It's to the sound of a harp.  6 am.  I fed Luna and Ella and gave them one of their Christmas treats.  A different kind of wet food to go with their dry.  I took one whiff of it and am so hoping I don't see it barfed up on the floor somewhere as it's a different brand than I normally give them.

Then, I got dressed in my closet of all places.  I feel I have to resort to that for fear there really is a camera.  They know things nobody should know.

After preparing myself, I knew that my kids were probably still unwrapping or perhaps done.  But, I decided to take about fifteen to twenty minutes to organize my studio.  I opened up my extra card table and started to move some things around and I pulled out some of my pretty fabrics to drape over the table.  One is one of the quilt piece photography backdrops I made earlier in the year.  I like that it covers the whole table and I can hide things underneath.

I pulled out my broken but glued Lay Me Down to Sleep plaque and hung it on a shelf.  My Mom had given it to me and one to my sister when we were little.  Mine had broken and she glued it for me.

Then, I headed over to the kids house.  My smile got so bright when I approached the porch as I could hear Jake inside saying, "Wow!"  And I went in and the fun began.  My oldest, Sean, got a metal detector (not the cheap little kid ones).  He had the kid ones years ago.  So he was moving that around.
Jake got a new DVD player as his other one was breaking.  And he was excited about a toy robot he got.
Mollyanne got a new Ipod touch and of course Santa delivered the laptop to Julia.

Okay, now I am in heaven as yes, I have full control over my laptop again.

Then, I called my family later and when I told my brother about Sean getting the metal detector, he laughed and asked if he had checked his head for metal yet!  Ha ha ha!  Too funny.  One of the best laughs for the day.

The other one came later, when Mollyanne took pictures of each of us with her Ipod Touch and then we all turned into dancing elves.  What a funny thing to see our faces on these bodies and Mollyanne's was break dancing!!!

One kid got a magic eight ball.  My sister told me two of her kids woke up at 11pm somewhere in there and she was thankful that they went back to bed.  Santa didn't get caught holding the bag!!!

Earlier this morning, I saw on the news about the snowflakes for Sandy Hook that Julia and I made snowflakes for.  They had a brief segment for it.  I imagine there will be more on it closer to the time, as the deadline for sending them is Jan. 12th.

No big Christmas dinner today, but I made an awesome beef stroganoff yesterday that is my yummy meal for the day.

Some years, Santa is on a budget.

I'm excited to really organize my apt again.  Everything that was at my kids house is pretty much back in and I've got some organizing to do when I feel like it.  I brought back a chair this morning to my studio so I can use my laptop in there.  The other chair is propped up against my back door.

And my ex husband had my daughter's nice writing desk I got them one year out in the garage so I'm bringing that back.  Mollyanne wants a different desk in there for her stuff eventually, and my ex is changing things around for when his girlfriend moves in next week with her daughter.  He was painting her room yesterday getting it ready.  It's going to be purple.  I bought her some coloring books for Christmas.  It's kind of fun to buy for a little girl again.  She's four.

And Jake loves his new room downstairs.  It's bigger, and I love that it's closer to everyone when we are in the living room.  So now, there is more interaction again and we've been going in to watch movies and listen to songs with him.  Makes all the difference for him where he is Downs.

My kids got me chocolates, bath stuff, and a pretty bracelet.  It was funny seeing the bracelet as at first, I thought they had made it as some of the beads looked like some of the charm stuff I had bought earlier in the year.

And of course my Ferrero Rocher chocolates are going to be gone by the end of the day with the help of Mollyanne and Julia!  There's always an ulterior motive for buying Mom chocolates!!!!!  And I've told them the Lindt balls are off limits!!!!  Mine!!!!!

And I surprised myself by not hopping on my laptop earlier today!  I finished my nieces legwarmers and have been working on a hat for their brother.  It's already half done and I started it last night.  I think I am on the decrease part now.  Olive green and maroon red.

And I finally decided to start selling some more things on Ebay.  Still not lots right now, but in the Spring time it will pick up once I have more things to sell again.  I'm selling a large digital telephoto lens for Nikon D-90 cameras.  It was one I got used on Amazon last year and I never used it and Sean didn't use it much either.  Very heavy and awkward to use, so I am hoping to get some money back for that.

And as I clean and organize the apt. I will find things.  I'm predicting a little yard sale this spring too to get rid of extra dishes and things I wouldn't sell on ebay.

Then yesterday, I was taking advantage of the sales on Kohls.  I ended up getting my girls their birthday present that I was planning to get them next year, and there was an awesome deal on little digital cameras and where I got two of them, the price decreased even more!!!  Massive savings, outfits for kids on clearance, new curtains to cover my living room and studio instead of the make shift sheets that are nailed in.

I want to make it livable, as these people will be closer to being on their way out and it's very hard to find a new place for me to move to, so I'm foreseeing myself at my place for a while.  And now that my things are back in, two bedrooms is about right.

And a light at the end of the tunnel, rekindling things with my ex boyfriend and I am taking things slow as we start fresh.

I got an I love you as I left his place last weekend, which deserves new beginnings.

There can't be bad in the world forever.  And last night or actually very early this morning, I told the female cop that in one hour my kids are waking up to Santa and that my kids don't deserve to have their mother get killed.

Not that it will happen, God forbid.  And if it does, the cops will have everything to nail them.  100% my neighbors in 4A.

And the day is still young, will finish my nephew's hat, and I found a pattern for a pretty ruffle scarf I want to try, and of course the chapters.

I plan to bring my electronics back to my place too, as the doors will be locked and they shouldn't be able to break in to get them.  Not while I am there, and I plan to bring them with me if I am going to be gone for the weekend.  Especially while they are still there.  They seem to know where I put all of my things.  It's not funny. 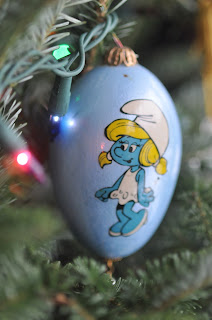 This was a special goose egg that my Aunt Sheila's neighbor made for me and my sister one year. 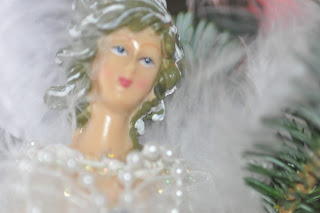 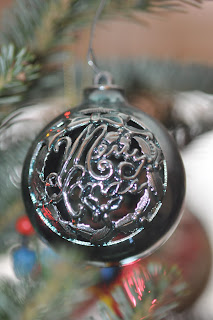 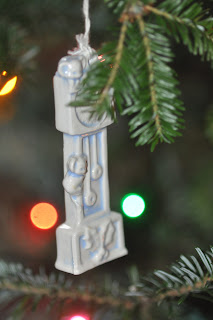 An ornament that my Mom's neighbor made for me.  Every Christmas she would bring each of us an ornament for the tree.  I've got a Precious Moments Bell from 1990 from her. 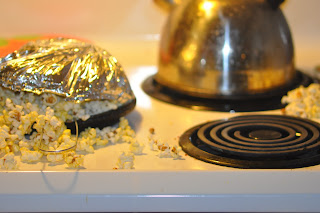 Okay, yesterday, I finally decided to pop that Jiffy Pop that my ex husband had bought and nobody was touching it for a long time.  I think it was broken and popcorn haywire.  Worse than the devil popcorn popper. 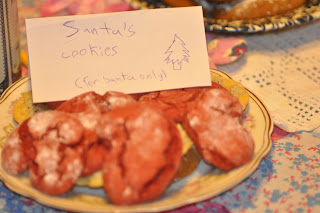 Some of the red velvet crackle cookies.  Yummy!!!  Julia helped herself to a ramekin dish of the batter!  Good lord and hello My Pal Sal.  It's a good thing it is once in a great while. 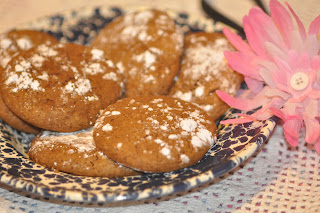 Molasses cookies I made.  This made a lot, so I brought some to my old neighbors and some biscotti for my friend. 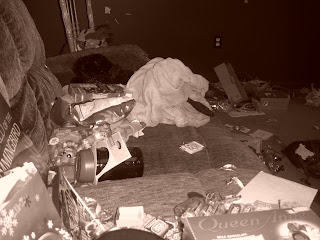 This is part of the aftermath of today. 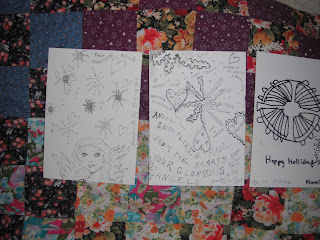 Our snowflake drawings for Sandy Hook.  Not the best pictures of them as my larger camera needed to be charged.


Posted by https://jenniferjofaypaperdolls/blogspot.com at 1:11 PM