The Power of Words

Where do we think words come from?  What stems from the power behind them?  As a writer, one seems to constantly desire to find out what we want to do with our words, where are we going to go with them and when will we see the final products of our dreams?

Every writer, artist, photographer, and practically all humankind has a powerful voice.  That's why we have powerful speakers like that of Maya Angelou whose words just seem like exactly all we want to be.  We want the freedom of speech, the desire to strive for great things.

Even if great things come in small packages, like our children.  They start off as babies, and just evolve and become greatness.  There is nothing more powerful than a baby who becomes a part of this world.  Which is why I do not believe in abortion but it should always be a woman's choice to make the decision.

I vote for life always!  Beautiful life without death is just about perfect but we know we all have to die someday when we are old and gray!!  It isn't our souls that disappear.

THE WORDS.  The words who speak of us, who we want to be.  Where we want to be and what we want to do with ourselves for the rest of our lives.

So here enters the writer!  We are on missions of our own paths as to what we want to tell the world.  We want to be listened to, but first and foremost we need to speak to ourselves as we type.

Just what is it we want to spring forth into a novel anyway?  We want to tell a powerful story I believe, but what is it?  Do you ever just dream it before you decide what it is you want to write?  Do you know where it is going to end up?

Sometimes we just need to type, type and do it again.  Face the laptop the next day and figure out if it's what we wanted to happen in the novel.

I've been just typing for a while, working on some new chapters in The Glorious Money Tree Trilogy.  I say Trilogy right now, but it may go further.  I'm working my way to 195 in my book and I know I have to finish this first book at some point soon.  I'm typing, trying to figure out where it's going to.

I kind of have a plan as a writer, but I will say POWERFUL WORDS just seem to take you into another place you didn't know it was going to go.  I was thinking of some characters and thinking what the crap is going to happen next?  I've got the main character in a rock and a hard place and how is she going to escape turmoil of any sort?

I just got typing and just thinking of any possibility.  I thought back to my first novel and the editor who gave me a book review and wished the pet cat had entered the story again.  I didn't have the cat appear again, which was a good learning experience.

Not to say that everything in a novel comes back into the picture.  As a writer, we pick and choose what is going to possibly re-enter the story again.  What is the relevance of it?  Think about what is so special about it, the thing needs to be in the story again.

I will say a writer gets surprised over and over again as we come to the page.  It's an empty page before we decide it's going to evolve.

Like this picture I show here, of a child evolving.  My daughter years ago as a beautiful butterfly in grade school.  She evolves as the world comes full circle.  Mother, daughter, grand mother.  We all evolve.  Fathers, boys, grand fathers.  We all come full circle and decide what is going to be a strong meaning to us in this world we call ours. 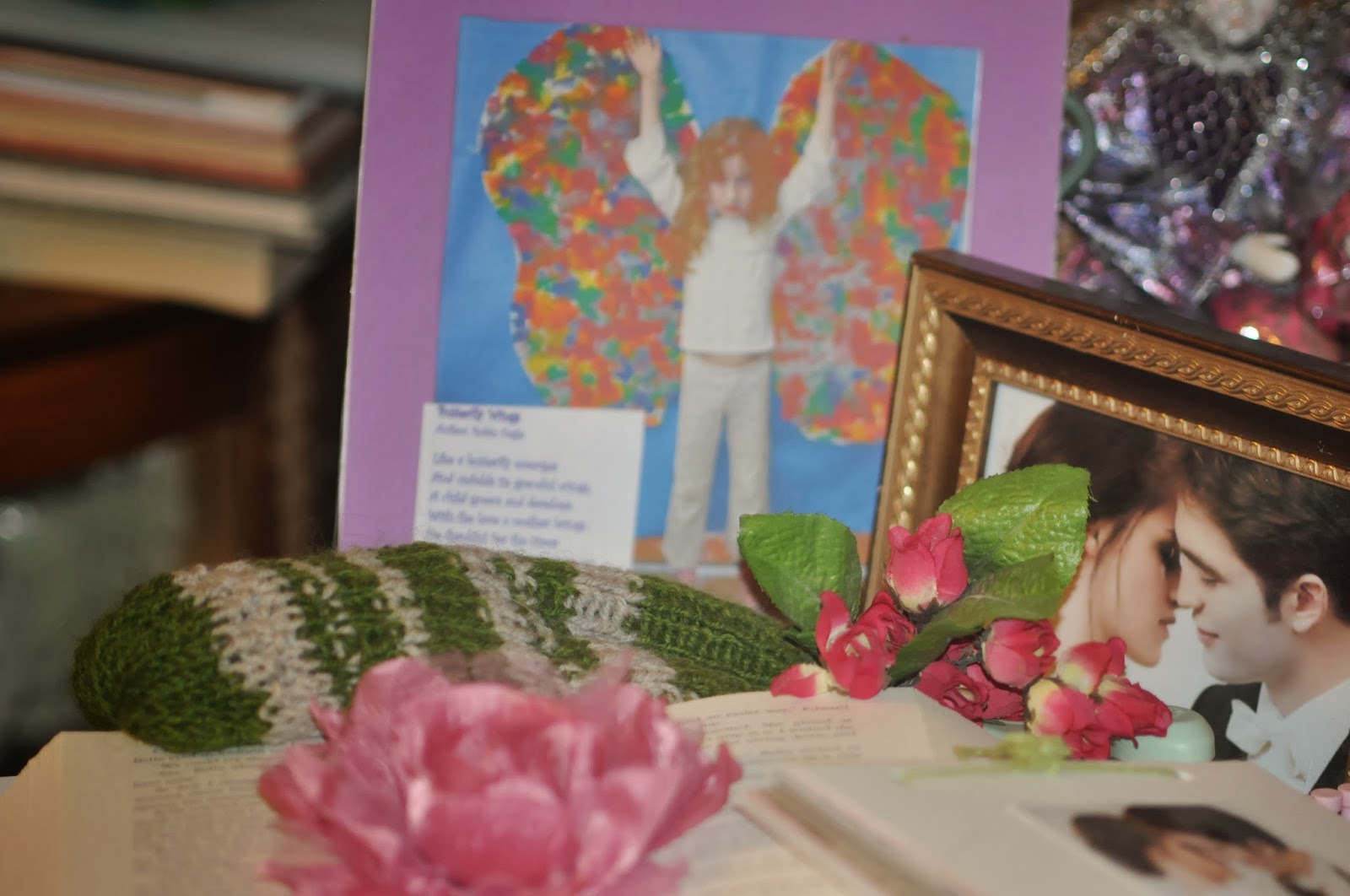 I choose to write, to speak, to create.  I will say this novel wasn't even going to begin the way I was first visualizing, but wow, it's just incredible what an author can come up with.

I began with that first smut book, Lustful Evangelean which definitely is going to end up being completely different that the first version.  I'm keeping the first one as it holds a place in my life for me as an emerging novelist.  I never thought I would write a novel before that one. I will not deny lust did feed this novel, but I don't care about what fed it.  The thing I love about the first version of the book is that I began to learn how to create a story line and my words fed me.

It's a story which is going to of course change tremendously when I finally get around to re-writing that one.  All in due time as I plan on writing many, many novels!!!!  I'm on a role for a moment just typing.

I'm usually not one of those writers that can just talk into a microphone to figure out what it is I want to write.  I love just feeling my fingers click on the keyboard and I just go off on a wild tangent.

Perhaps the reason that I'm thinking writing fantasy novels can push the boundaries so profoundly.  It's just something so different than anything I've ever written about.  It's like MAGIC!

THE MAGIC OF WORDS.  Like a swirling whirlwind of what I thought I was going to write ends up somewhere else.  It's not where I perhaps originally wanted to go with it, but wow, it's amazing and I'm liking where it's going.

The one thing I'm trying to figure out is how my characters are going to change and grow.  No character can ever stay exactly the same.

And I have got to figure out how I'm going to end this first book.  Just haven't gotten there yet.

I wonder how Stephanie Meyer or J. K. Rowling felt as they approached the ending or any other author for that matter.  How do you all feel when you know you've got to reach an ending to the first book?  It's got to be done at some point.

It just can't go on and on.  We have to reach a page number where one novel ends and a new one needs to be written to continue on with our beautiful stories.  It's got to evolve and we have to think of how our words will effect it.


Posted by https://jenniferjofaypaperdolls/blogspot.com at 2:17 PM