What's Your Right to Know Someone?

So, what are the grounds for getting to know someone?  In any given situation, what is your right to know someone?  We blog.  It's fun and we like to share a piece of ourselves on a nicely written blog.  Or we try our best to hope it's a good blog that will  gain any sort of audience.

Point blank though, if we don't put it on our blog, it's nobody's right to know a person.  Unless if we want to get to know someone and share a part of ourselves with the current person entering our lives, been in our lives for years or any other circumstance that brings someone into our path.

Ah, paths!!!  Don't ever wash the dishes while in a thunder storm!!  I did it once when it was just my husband at the time and my boys.  I felt a tremendous pain go up my leg to my chest, and let's just say, thank god I didn't get electrocuted.  I obviously wouldn't be here now if I had and I would have never had my girls!  Thank-god!  And that would have made my boys motherless and my ex a widower.  Funny how our lives get spared during stupidity.

But, seriously, if you don't know a person, what gives anyone the right to know someone inside out???  You don't have the right.  If I had that written proof, I'd have lots of asses in jail for violating and terrorizing the hell out of me.  And they have my stolen items.  Funny how other things get returned to someone and my stuff never got recovered.

Nobody has a right to share someone either.  It's like this too, if you have a good friend who tells you something and they don't want anyone else to know, please be the good friend and keep it to yourself.  Respect their privacy that they've shared something important with you and you have shared your private details with them, keep it to yourself to maintain your close friendship with that person.

If you don't know somebody that well, they're a neighbor or another person whom you don't have a close relationship with, you have no right whatsoever to pry into their private life.

Why do you think that they say nobody should live in a glass house?  It's because every person has a right to their privacy.  If we want to not talk about things, it's our right to our privacy and others should respect that.  How would you like it if people tried to figure out everything about you?  You wouldn't like it and you would feel invaded.

Why do you think there are closed doors, curtains shut on our houses and apartments?  It's because we either pay rent or own our places and when we come home at night or at any time and our doors are shut, we want our privacy!  Respect the privacy of others.

It's like people who always like to gossip too.  Keep the gossip to a minimum.  But, we all know we love to hear as soon as we find out someone is pregnant, that's usually good news.  Depending.  Respect the woman if she doesn't want people knowing yet.

Or if someone is getting married.  It's no fun getting divorced, but people find out about all those basic parts of life.  If you are friends and family to someone, it's safe to say you will get to know certain things.  But even family, you don't have a right to know everything about even your siblings, your wife or your husband.

True, you are going to know a lot about them, but every single person on earth has a right to keep some of the things about us to ourselves.

Some people want to lead very private lives, while others choose to speak out a little.  Both ways are good, but hey, if we don't want to be an open book to people we would not want to know very well, that's our right to not let others know us well if we don't want them to.

Point blank, if we don't choose to say everything we ever think about in our whole entire lives, that's our right as a human being.

That being said, What's your right to know someone?  If they don't know you, and don't want to talk to you.  Or if they know you and don't want to be that close, it's not your place to know and make it your point to find out.  That's mean.

And even a man and a woman, married, divorced, separated or friends or not friends anymore.  What's your right to know every single thing about someone?  And you shouldn't share with others.  Respect her whether you've been married for five years, ten, fifty or you've been separated or divorced.  It's nobody's right to tell all to others.

Respect what your marriage is or was.  Just realize, the other half has the right to lash out if you've done something to make the other angry.  Whether divorced or married, it's wrong.  Respect their privacy.

It's one thing if you want to privately vent to a few of your close family or some good friends who know not to spread like wildfire.  If you've been mean to the other, she's going to lash out.  Just saying.

It's in any relationship, keep some of the things that went down between you to yourselves or your close friends.  Don't invade. 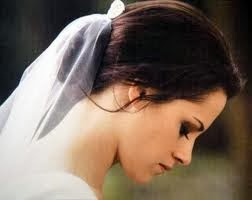 Posted by https://jenniferjofaypaperdolls/blogspot.com at 4:49 PM