What happens with your train of thought as a writer is within your grasp.  Are you the type of writer who has all kinds of books in your head and you can hardly wait to write about them?  That's me.

I've got one that I shared the thought with my not nice neighbors.  They deserved this one and its all they get for my writing idea.  I shouted, how about a vampire girl who flies around biting off the male body parts of all the bad men.  I worded it a little differently for these lunatics.  Not sure what her name would be.  Something lob it off.  Ha ha ha!!!


Can so hardly wait to move.  They discovered a few days ago I got someone else's mail junk flyer.  And the only god damned way they knew I got it was the fact they are viewing me in my private apt.  They watched me look up the guys name two times in the phone book, watched me then shred it after I had ripped it up by accident.  Mailman goofed.  Later that evening one of the lunatics barreled down the stairs saying the guys name and then said Let's call him up and tell him she has his mail.  Then fifteen minutes later, he came back in and said his right name.

This lunatic said it wrong first because I looked it up wrong.  They watched me in my private apt.

Means everything I do in my private apt isn't private!!! isn't that nasty.  I've known they've been viewing me, but that's a classic example for the cops.

That is the only way they would know I got someone else's junk mail.  It was under my other mail and I called nobody to tell them I got it.

I hope to god nobody ever follows through with their threats to kill me.  I'm hoping its primarily harassment and when I move, they are done and leave me alone.  Don't ever want to see any of them again.

A fluke reason, they get to kill me, I've got a list of people involved I want to see be buried on Pluto.  I will request astronauts take them up there.  And there will as well be a list of people I would want to do some time or just get reprimanded.  And to live with mistakes.

But hopefully they just let me move on with my life without them viewing me, stalking me in every way possible.

I don't like them viewing anything I do in my private apt.  Even if I'm just knitting or sewing.  Not their business.  They have robbed me for the moment of my writing as I don't want them knowing what I write until I've published it.

But they should not be doing anything to me.  I don't like knowing they've been in my apt when I am not there.  I don't like coming back to see they came in and just pushed my buttons on my microwave instead ofy clock to P 100.  They pushed my power button to do that.

And to come back to see someone pulled the duct tape covering my massive hole above my tub and to make debris fall into my tub.  I don't like anyone in my apt.

I don't like being viewed while I'm sleeping and for them to know when I touch a body part.  Violation!!!  And a felony.  All those people viewing me should be sent to Pluto.  And if Bruce Willis can't send them up there, my Dad will in a heartbeat!!!! 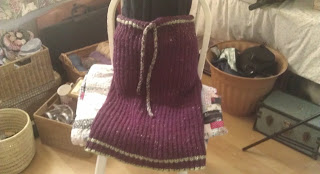 Posted by https://jenniferjofaypaperdolls/blogspot.com at 11:27 AM