Another sunny day and what do I do?  I'm in the library.  It's cool in here.  Not too many more Saturdays and they are going to be closed on Saturdays for the summer.  Bummer.

Next Saturday is my son's graduation.  He got done school a few days ago and now just waits for graduation day.  He already has applied to a local job and I'm going to assume he will probably have better luck than I am having.

I've been dreaming of food and must be thinking of what there may be for special foods on graduation day.  Hum...   But was dreaming of lots of food.  Which there will not be, but there should be some festivities of the day.

I already know what I am wearing.  It will be something nice and cool as it's going to be hot in there with all those people.

I've been hanging out at Etsy of course.  I finally learned how to make treasuries.  That's making them of other people's items and it helps me too as I gain exposure and get more views and favorites.  And maybe hoping for a sale as well.

It's been three weeks since my last sale and I'm patiently waiting for the next one.  I pumped the items up to 92 and will stop at 100.

I played Brand New Key on You Tube for my girls.  Mollyanne wanted to hear it again yesterday.  She was in a singing mood and was singing some songs from chorus.  Then she wanted to hear me sing to Brand New Key.  Afterwards she played the karoke version where the music plays and I have to sing it by myself.

I've been knitting some more coffee cozies.  You would just imagine I have built up quite a pile now.  I'm thinking at some point I may make some leggings to include on Etsy closer to fall time.  That would be a change.

I've got a ton of yarn to work with and can keep mixing up the colors for the coffee cozies.

I had a phone interview yesterday from a radio station out west about my first mystery, Black Roses.  I almost wasn't going to do the interview and then I changed my mind and went through with the ten minute phone interview.  I could figure out how to download it onto here, but probably won't.

My girls got a hold of my phone yesterday and started texting their cousin.  Before I realized it, my sister was calling and both girls got to talk to her.  And I got my turn later. 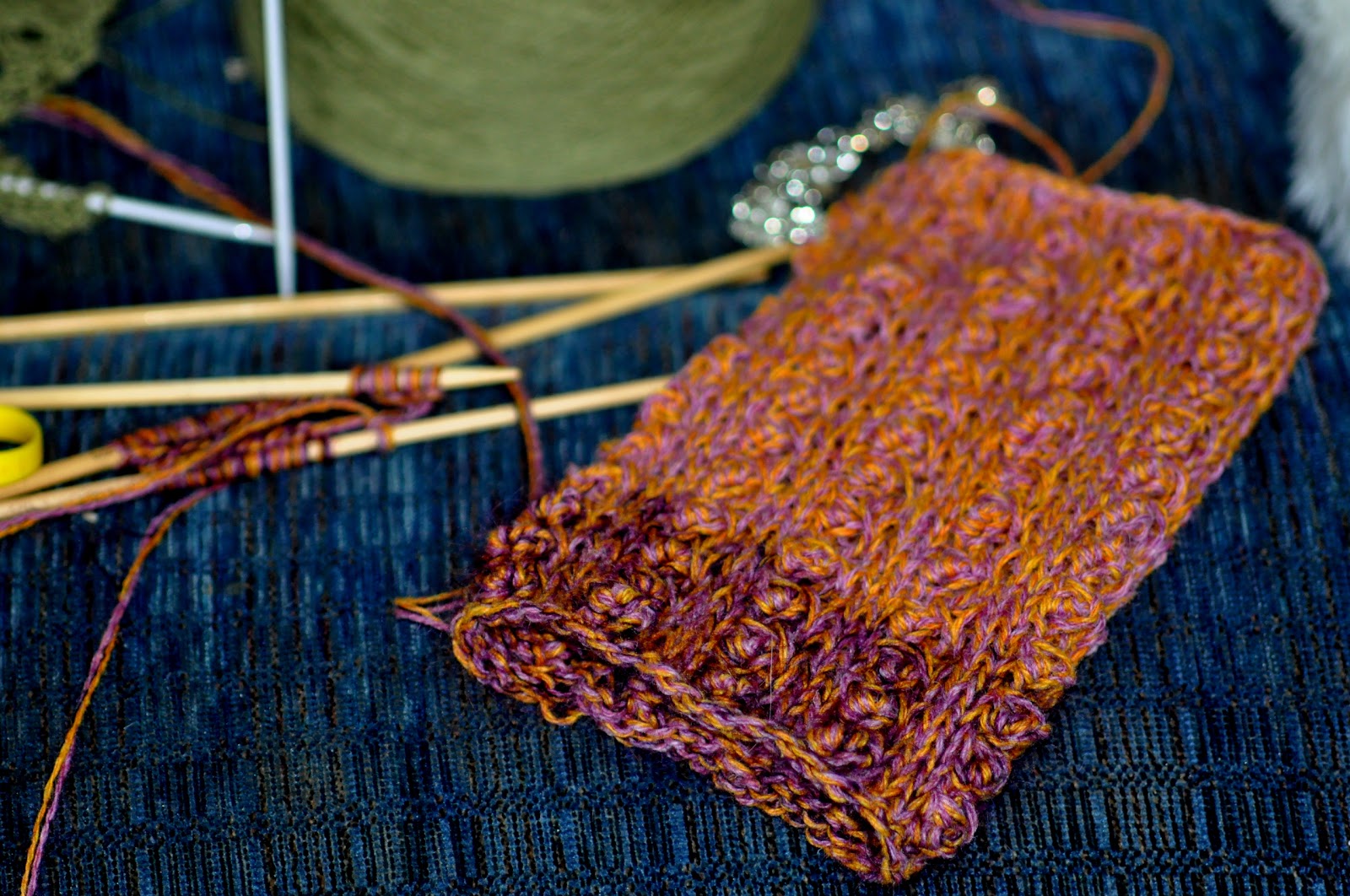 Posted by https://jenniferjofaypaperdolls/blogspot.com at 7:31 AM