Our Writing Craft Hinges on Inspiration

Our writing craft really hinges on inspiration and when it decides to hit us do we find ourselves acting on it or do we discover that we decided not to leap forward and grab for that pen?

I've heard it so many times that we try to find anything that we can write on in order to get our thoughts down on paper.  We including myself have written on paper towels before.  I cannot say that I've ever written on toilet paper yet, as that would be a crapper of material to write on.  I'm sure we would get a nasty hole as soon as we force that pen upon it.

Paper towels work well though.  Back when I worked in the fitting room at a local Marshalls, I had this time on my hands to twiddle my thumbs.  Let's face it, it can get boring in there.  I wasn't the only one.  I wrote down notes on paper towels, other girls brought in a magazine or a book to read a page or two when there was absolutely nothing to do.  We had tended to all our customers, put all the clothing where it needed to go and cleaned up diligently, and then there was all this time to stare endlessly.
I caught hell for it a few times, when the other girls didn't.  It wasn't fair, but oh well.

I've been one to have a few index cards in the side of the car in case I got stuck in traffic.  We bring things on appointments as we often find ourselves waiting in an office for a little bit.  Might as well not have idle hands.

When do you find yourself doing your most effective writing?  Is it during the day, morning, afternoon or evening?  We can certainly pump out the writing all day, but is it all going to be effective?  We do know that some of it is going to need to go out the door.

There is something said for editing.  Edit, edit, edit and do it some more.

What do you do when you wake up in the middle of the night with inspiration?  You've just had a marvelous idea and you want to write a synopsis on it or just simply write down the idea before it disappears.  I've done this sometimes, where I will not be tired at 1am and I want to get up and write something down or do something.  I've also been known to get up and knit for a tiny bit too.

We all probably have nights when we would rather be up doing something and we will get our much needed rest the next night.

Also, as people get older, sometimes we don't need as much sleep.  I'm ony 44 on my way to 45, but I always remember my Grammy in her older age being up late at night reading.  I guess the older you get, you probably feel that time is precious and maybe you don't have much of it left.  Why waste a minute of it, right?

There have been other nights where I just didn't feel like getting up and didn't want to write anything.  And I either remember the idea or I don't.

Our craft really does need that inspiration to exist in order to create and push ourselves to new discoveries.  Without it, our brains would be that empty football filled with hot air.  Nothing in there to inspire us.  That's why we are more like a sponge, soaking up our inspiration so that we can spill out to the world what we love to create. 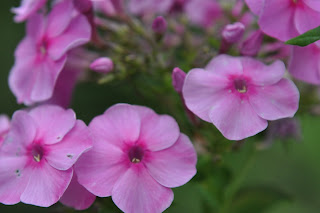 Posted by https://jenniferjofaypaperdolls/blogspot.com at 7:17 AM