Two Chapters a Day can be Your Novel in Four Months

Two Chapters a day really could be our novels within four months time.  It can be done, seriously.  And what if we are able to pump out more than that each day, just imagine what we could accomplish if we can find the will to JUST DO IT.

Crush your writer's block right now and commit yourself to finding the courage to write your voice down on your blank page.  Kick WB out of the ball park and get on with it.  Like we need it, right?  However, it is the woe of the writer from time to time.

We are not always going to wake up and have our inspiration at our fingertips and our brains haven't yet been stirred.  Yes, we're still thinking of our coffee.  I'll be right back, I've got to heat up my second cup for the day.  I was doing great for a while cutting back to one cup and lately, I've been wanting another cup to keep me going.

Have you seen the picture of the coffee cup yet with the face on it and his tongue is reaching up to catch the drip coming down?  Funny.  I still love the favorite cup with the coffee beans glued to the outside.  That one would be classic, but then it's probably impossible to wash.  That would bother me having a dirty cup with dirty beans.

I haven't yet, begun to write new chapters this morning.  It's pushing 11am and I've been writing some posts on Triond and a few here.  I slowed down doing this for a few days and needed to get back to this too as I have committed myself to writing daily on the blog and need to make sure I keep it up.

However, for the last two or three days, I've been working on my novels making sure that I can get my new chapters written.

A few days ago, I got a few new ones in there for Good Girls, Bad Girls.  It felt really satisfying after getting the next two chapters in.  I think that one is up to chapter 11 or 12 now.  I worked more on getting Lucinda's side of the story in some more and I've introduced the BAD BOY!!!!!  Yay!!!!

The two woman are going to connect at some point, so I've got to start thinking about how they are going to meet each other.

The little girl who stole from me in real life was in the front seat of the bus this morning, so I said hi and was asking how she was liking school.  I am glad that she knows that the book isn't about her.  Kids are funny, when they see the old title:  The Thief Who Wouldn't Learn, they automatically think it's about them.  I made sure my girls told her it wasn't about her.  It did get sparked from the incident, but it ends there.  I don't even think I need to have anything hardly at all come into play in the story. It will be completely different if it does.

Anyway, she was funny this morning.  She was asking if I had published the book yet, and I told her it most likely won't be until next year.  And then, even though I will want to get it published, I would like to get the first book in The Glorious Money Tree Trilogy published first.

Yesterday, I got two more chapters written on The Glorious Money Tree Trilogy.  That was great to see that progress too.  There now is a love story in there developing with Sally's parents.  Possibly love triangles in there too.  A good fantasy trilogy also needs a love story attached I think.

This one is about 80 pages now and I think into Chapter Nineteen.  When I got it off the blog, it was into Chapter Fourteen or Fifteen.  I decided to change part of the format of my chapters and to make them a little longer with scene breaks   *************  This kind of thing in between.

I was in the middle of a chapter with Lara, Sally's mother and I wanted to have several different scenes with her and different people in it before I go back to chapters of Sally and her friends.

I think I will try to do the same thing with some of the Sally chapters.

An important thing as a writer of novels, is when you have your main characters, you need to make sure that the reader doesn't wait too long before they get to read about each one.  They should be in there often.

I think one of the reason I am going to have my chapters a little longer now with scene breaks is because I want to make sure that every important character has a continual place in the story.  So their perspectives are going to come into view.

I remember once in my book review for Black Roses, the editor who criticized it complained that my main character's cat only came into the novel once and then that was it.  At the time, I read that though I was thinking that the story wasn't about the cat.  Now, I got thinking maybe it should have been in the story a little bit more.

This will probably be the last post for today, as I do need to get back to writing another chapter or two to one of the novels before Julia comes home and requests the laptop.

Just got my first morning laugh in.  I'm sitting here watching Kathie Lee and Hoda Kotb and Hoda says, "I wish I had a wig."
Kathie Lee says, "I don't think they come in that size."

Funny what little simple things can get us going.  They were talking about how far would you go if you are having a bad hair day.

I think for me, if I have a bad hair day, I simply deal with it and leave it as is because it isn't going to get any better that day to begin with.

Why should we look absolutely perfect each day, when we all come with flaws?  Let's embrace bad hair days!!!

Anyway, if we can 100% commit ourselves to our novels, just imagine how many we could possibly get done in a year's time.

Maybe we too could pump them out like James Patterson.

I'm thinking when the girls come home, I'm going to work some more on my illustration of Peachanella for the story.  I've been waiting to gather some of my ferns for part of the picture and basically need to draw in the ferns and get the rest of the illustration done so I can go onto doing the color work.  Perhaps this weekend's goal.

I liked this quote today:

People take different roads
seeking fulfillment and happiness.
Just because they're not on your road
doesn't mean they've gotten lost. 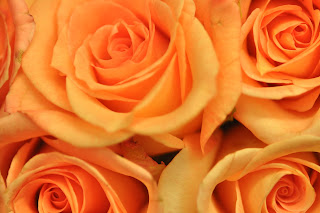 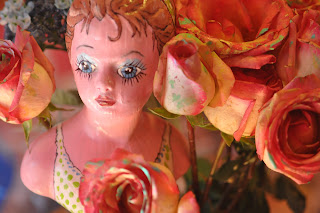 Here's some of my older pictures I've used before.  I'm having a problem this morning uploading my new pictures.  I might have to go and destroy my cookies.

Posted by https://jenniferjofaypaperdolls/blogspot.com at 8:11 AM