Unexpected Surprises and other Things

What do you do when you get a surprise of any sort?  Sometimes we jump for joy especially if its one we like!!  if its not what we were wanting to find out, then its not good.

I finally decided to air out my apartment opening my windows to get good air in.  I've had them locked with my security for a long time.  I got an unexpected surprise to find out someone at any given time broke into my apt to unlock three of my windows!!!  My bedroom window towards the back yard, a kitchen window and a living room window were all unlocked when I had them locked since last October!!!

Made me really mad and upset so I've reported it.  I do not like men breaking into my apt.  I better never find any of them in my apt.  Women in my complex seem to care less because, oh its not them its happening to.  People in this world need to start helping each other.  I would be the decent person to report something for someone else if it was them being treated terrible.

Anyway, enough of that.

I had a fun time taking pictures yesterday and will share some in a few minutes.  And yes, I finally knit the baby hat from hell.  It came out okay but I wouldn't sell it.  Hmm...  maybe I will get lucky with a grand daughter someday!!  My daughter, Julia was on the phone bluntly saying there's no grand kids.  I had to tell her its for down the road and I might want to make them to sell.

Reason being this one was the project from hell, cotton yarn and it kept slipping off the needles making me lose my stitches!!  Next time I will need to use more rubber stoppers!!!!

The second baby hat came out better.  I did it on smaller needles and the yarn I like.  Will have Luna model it later for fun cat pictures and I may sell it.

It's probably a preemie hat.  I think its too big for my Blythe doll.

Hmm...  maybe yard sales next weekend???  October but if its nice weather possibly.  Loved last weeks yardsales.  I love finding things for photography or the crafting stuff.  I need to be careful about kitchen stuff.  There's usually only so much space.  But then I think of the food pictures and say to myself, that will look nice.  I got a beautiful vase bowl that has an eyelet pattern on the inside edge.  You know the flower eyelet holes on your mother's old white curtains?

Someday, if I'm ever filthy rich, I need a nice little house with a studio in every room!!!  Well, pipe dreams are nice to have, huh??  It's why we call them dreams so one can hope on a star that it could possibly come a reality if we dare to reach for a goal.

I recently bought some of those cheap Styrofoam manniquins from EBay.  I can hardly wait for them to arrive so I can draw on them!!  Halloween theme???  Or maybe some pretty tattoos!!!  The only drawback of Styrofoam is they can get scratched a little or get a dent.  I discovered on of mine got a nose dent.  Ah...  beauty is only skin deep!!

Well, I'm pressed for time now, so here are the pictures!! 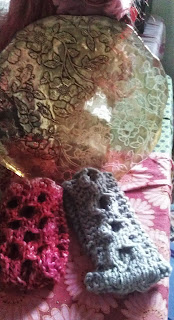 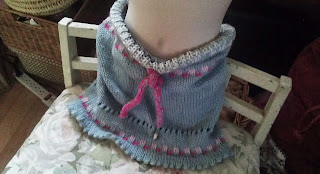 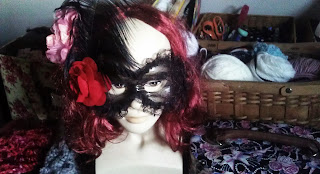 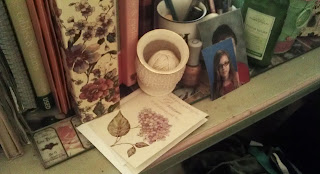 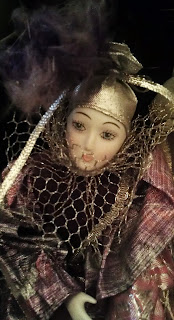 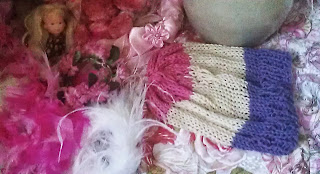 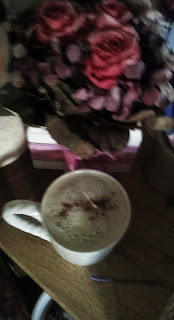 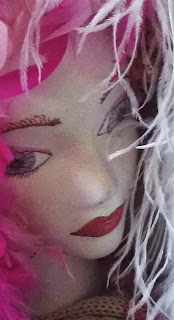 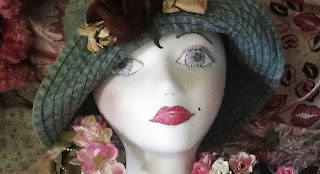 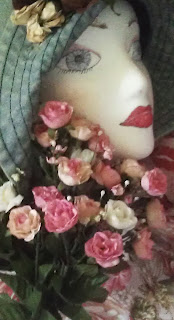 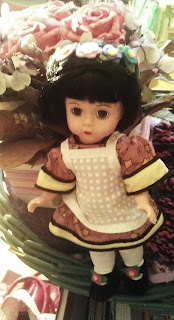 Posted by https://jenniferjofaypaperdolls/blogspot.com at 8:57 AM