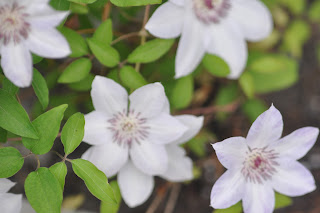 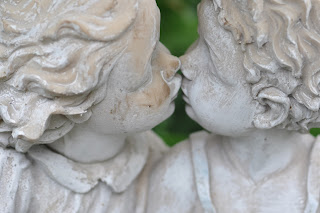 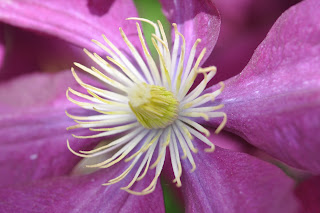 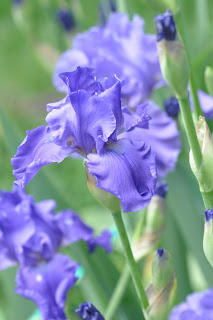 Some of the photographs I took in New York today.


It seems like Memorial Day weekend always sparks the beginning of so many things.  Or rather, shall I say, the weekend when everything speeds up a bit and we're into full swing.

All the amusement parks open up, campgrounds get filled up fast and everyone wants to hit the beach, lake, or pool to go swimming and cool down from the hot sunny days that are starting to define to us that summer is here a tad bit early.

And it also marks the weekend for yard season to be in full swing.

Last night, I began to make my drive down to visit my boyfriend for the weekend.  On my way, I was so surprised to see a few people having yard sales at 630PM on the main drag.  Of course I stopped.  I bought a bunch of outfits for fifty cents and a sweater for one buck.  I had a dress in my hand hoping she would let me have it for one buck.  She wanted four dollars.  It was a navy and baby blue striped knit dress that looked like it would be so comfortable.  I tried to talk her down to two but she wouldn't budge.  So, I let it fall out of my hands and onto their table.  I didn't want to fork over four dollars for it.

At the second yard sale, I didn't see that much.  Only left with one thing.  And she thought I was pregnant.  Two people thought I was pregnant this weekend.  Another woman at a yard sale today, tossed a little baby outfit my way and commented.  I had to tell both women that I wasn't and the belly was from four previous children.  It doesn't really bother me when people do that.  Probably makes them feel worse than for me.

On my way out, I noticed her beautiful pink peonies.  And I had wished I had my memory card in my camera to take pictures.  And I also figured that if hers are blooming, my white ones at the kids house must be ready too.  I should cut them this year before they pass me by.

I wanted to take pictures of so many things coming down.  The sun was filtering just right and everything was pristine.  Gorgeous countryside, horses and cows in their pastures, windswept grasses blowing in the slightly windy evening and pink, purple and white phlox growing wild along the side of the road, just basking in the sun.

Of course, I was driving too fast to stop and had cars behind me.  Another time, I am going to take note of where I saw potential images and I will have my camera ready and will find a good spot to park.

So, last evening when I arrived, I got settled, was famished so had some of my macaroni salad and then my boyfriend and I went to a nearby campground to spend some time with some of his family.  This was the first time I met his family and we had a nice time.

It was great to sit at the campfire.  We are going again soon and will swim and later watch the fire glow.

Memorial Day is a great weekend for camping.  It is so relaxing.  Although, upon leaving, last night, I caught sight of a good sized TV plugged in at one of the campgrounds.  First time visualizing that at a campground.

Who is with me that when we go camping, we are prepared to rough it and leave everything else at home for the weekend.  Leave behind, TVs, computers, and any other modern gadgets.  Video games.  And we come to camp to just relax and take some time to enjoy the simple things in life.

There is something said for sitting around a burning hot campfire with your loved ones and just sitting there doing nothing, except for chilling out, talking and spending time roasting hot dogs and marshmallows over the open flame.

Sitting there in the dark watching that sweet white morsel, burning into the rippling fire.  Waiting as it turns slightly brown, just the way you like it or sometimes the other way around.  A crisp black crumble that is about to fall into your ashes and red hot coals.

And the enjoyment of hearing your dog sizzle and burst until you are ready to devour every bite.

And watching your children play with sticks in the fire.  Learning that sometimes it's okay to be pyros.  They blow it out and make swirling patterns in the darkness of night.  And seeing who can come out of the woods with the best looking marshmallow stick.  And to let them have fun whittling a good sharp end.  And also monitoring that they are not going to poke each other with a hot stick.

Or another fun thing, making potato, carrot, corn and onion meals in the tinfoil and tossing them into the bonfire to cook as it will.  And then later eating and hoping that the bugs and moths aren't going to fly in and be part of the meal.

And to take a nice, refreshing dip in the lake is great.  As our days are telling us that summer has decided to come early.

And today, my boyfriend and I have decided to yard sale during the morning hours.  We drove into New York and yardsaled and drove around with the windows rolled down, baking in the hot sun.  And I brought along my camera to snap pictures as we went to sales.

The flowers are also in abundance and beauty is everywhere.  They are early this year.

Need to end this post as it's almost time to go back to the campground again.

Have a great Memorial Day Weekend.


Posted by https://jenniferjofaypaperdolls/blogspot.com at 12:24 PM