The Ongoing Search for The Missing Vermont Couple

I'm a fellow Vermonter and it has been very disturbing about the disappearance of William and Lorraine Currier.  They lived in Essex, not too far away from my residence.

They disappeared early last June and nobody knows where they are.  Foul play is suspected.  The day or so  after they disappeared a man was spotted driving their car around town.  So that could be a possible lead.  I'm not sure if anyone has identified him.  And also their home had been a subject of burglary.

If they have, everything is being very tight lipped.  They aren't giving out too much information.

It's very upsetting to have a couple in our nice little town to suddenly disappear.  Both their employees were immediately concerned when they didn't show up for work last year as they weren't the type of people to not let them know that they couldn't come in to work.

And to simply not be able to find them is not right.  And where are their bodies?  Most likely now, they have got to be bodies tossed away somewhere by a cold blooded killer.  Where could they be?  And then, we had Irene destroy our state.  It could be possible that something could have washed away evidence.

A while ago last year a person's skull was found somewhere near a road in Castleton, VT.  But it seems like it was too far from the area.  And my boyfriend and I were thinking that the skull could have been something that had gotten washed away from a grave in Castleton due to Irene possibly.  Who knows.

I'm sure the police get notified of anything that could possibly relate to the missing Couriers.

And then, as a fellow Vermont citizen, we begin to wonder, did they have enemies?  If there was foul play, there has to have been someone that they came into contact with that would want to do them in.  Who would want to kill a nice couple?  It just doesn't make sense.

Just about a week or two ago, I was driving along route 15 on the way to my kids house one morning and suddenly I was surprised by all the cars parked in a field on the left side of the road.  I was wondering why they were parked there.  At first I thought it was something to do with an officer, as there is always a police car parked on other side of the road.  At first I thought he possibly died.

But then, as I saw the news I learned that the police had decided to start escavating the area for possible evidence on the Couriers.  They had lived not too far away from the dig.  And our really awesome Lang Farm Nursuries was practically across the street while the dig was going on for several days.  We don't know what they have found yet, as they don't want to reveal any evidence.

Today, I realized that there had been a house near the dig that had been torn down awhile ago.  I completely forgot that.  I would always drive along and look to the side at that house.  It was this old stone type of house in a field.  It seemed to be kind of broken down or unkempt from my memory of it on the side of the road.

And as I think of this, I start to wonder.  What if the Cormiers were dragged to that house for some reason. If it was truly a run down house, it could possibly be the perfect place for a murder.  Who is to say that perhaps something went down there or nearby.  Late at night, it was probably most likely dark.

The last time they were seen was when they were driving home from work.  What if someone was waiting at their house and into the wee hours or darkness of evil night they could have been dragged there or forced there.

What if the Cormiers were involved in something that nobody knew about?  Everyone except a killer.  Could their killer be one person?  Or more?  What would their motive be?  Certainly not money, or else there would have been probably a large sum yanked out of their bank accounts.  Their accounts haven't been touched since before they left.  So it isn't likely to have been about money.

Maybe some evidence they found has started to track down someone.  As now, they are going to start a dig at a dump in Coventry.  It's supposed to last at least one or up to three weeks.  But not too much information has been given out to any of us Vermonters yet.  It's a highly secretive case.

And if someone was driving their car around the next day, it's possible that the person could have put them into their car and brought to some remote place.  I wouldn't think that they would have been killed in their house or else the police might have had info on that a long time ago.

They've just simply vanished.  But not without a trace.  A killer always leaves a path, no matter how small and narrow.  And as their fellow Vermonters, we want to see justice done and a killer brought down and punished for his or her evil deeds.  The electric chair sounds quite nice.

Now, I'm also kind of wondering when that old house got torn down.  I'm surprised that I never noticed it missing.

It also makes me wonder how well the person actually knew the Cormiers.  What would be in it for the killer to violently kill them and make them disappear forever.  This killer seems quite clever to have not left much of a path.  Or perhaps the path is a little wider than us Vermonters realize.

I hope that this dig is the big break in the case that they need.  And for closure for their family and anyone who knew them, I hope that they get found.  In my mind, it has got to be simply awful to lose your family and not know where they would be.

And every day when they wake up, they are always thinking in the back of their minds, "Will this be the day that Lorraine and William get found?"

It's terrible that this world is filled with sick people who want to kill in cold blood. Why do we have these violent minds?  What makes them tick?

It seems like every day we listen to the news and someone else has been killed or disappeared.  More new cases every day.  Car accidents.  People dying, dead or in critical condition and then gone.  I guess it is just the tormented world that we live in.  I really wish our world was a nicer place to be.

And the only ones that can make it a better place is the kind souls that most of us are.  We are the ones that are saying prayers, giving our blood, lending a hand, lending money, helping the elderly and just primarily caring about the people in our world.

Whether we are helping those that we know or being kind to the strangers that need us.  That seems to make our towns a nicer place to live in when we reach out to others.

And when someone goes missing from a quiet neighborhood, we start to question.  Are we all really safe?  Crime happens anywhere. 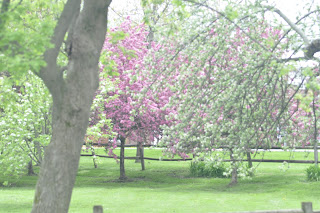