Do You Remember Your Dreams?

And then there are other dreams that I can remember years later.  They're just in my head and I remember them.

This morning's dream was a strange one.

It starts out that there's a bunch of people in a room as if they are in class or something.  Then I'm dreaming or rather some blond girl is day dreaming about a guy in her class.  And they go for a walk and he likes her too.  And then I must be suddenly dreaming, but what about my boyfriend?  This blond girl must be liking this guy and she already has a boyfriend. 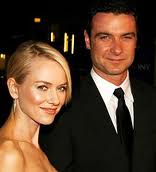 Then suddenly the girl is Naomi Watts and the guy is Liev.  But the blond girl thinks that she is the girl that is ugly and from the wrong side of the tracks.

Then, suddenly the crowd of people ends up on perhaps this island or this mossy cave area.  There is some log cabin in front and a cave in the back higher up on the mossy, rocky hill.  And it's all built into the hill.

So the crowd is in the lower cabin.  Suddenly people are out on the beach area and someone has invented a dinosaur and you're suddenly watching this T-Rex type of dinosaur getting larger by the minute.  The t-rex is in this glowing purple ball in the sky growing rapidly.

Then he hops over a couple standing on a dock.  And as I am watching my dream, the dinosaur doesn't kill the couple.  And here I am in my dream thinking he would stomp on the couple.  Too bad, so sad.  Then the dinosaur kind of disappears and I suddenly see the gun of an army tank pointing directly at the cabin, but the enemy inside doesn't know that everyone has escaped to the cave.  That is until one girl in a salmon pink shirt and jeans goes running into the cave and pulls down the metal door just in time to let the enemy know where they are.

Gun shots fired.  Then the army tank disappears and I start to see different people including the blond girl escaping out of the cave and they are climbing up the mossy hill, kind of disoriented. 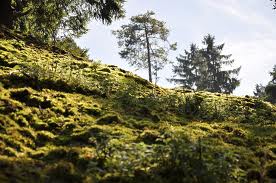 Then, the blond girl is watching all these people come up and reunite with all the other people.  She is the only one who doesn't see any one coming for her.  She knows that Liev got shot dead.  He didn't make it.

She feels so alone as everyone gets onto a boat or a ferry or some floating house in the middle of the ocean. She waits and stares out to sea, simply not sure what she should do.  Suddenly she turns to her left and there is Liev up close and personal.  He is alive and they embrace. 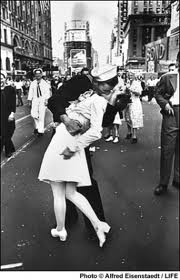 okay, my dream is set back to yesteryear!

Then they decide that they need to swim out to the others before they get left on the island.  Gilligan's Island?  Maybe she's Ginger and he's Doc.  So they are swimming and she gets onto safety.  Then he's seeing bubbles in the water and he knows that his dinosaur is near by.  But somehow, he makes it onto the boat.

And then the crowd of people get back to their destination and all their families are happy to see them and they start to leave.  The blond girl is one of the last ones to leave along with some other girl.  The blond girl makes some comment about her awkwardness and the other girl teases her and leaves.

As she is retrieving it, the dinosaur shows up and at that point I'm not sure what happens to her.  I think I gave it a few scenarios.  She either faints in the middle of the house or she is floating in the water.

Anyhow, Liev goes back for her and either pulls her out of the water and she is dead or he's picking up his fainted beauty and bringing her back to the dock.

End of story.  She never wakes up for him to kiss her, as I got to the point in the dream where you are trying to figure out how it's going to end and they get to the climatic embrace and kissing scene or she's dead.

And I decided to get up and make my coffee.  And I woke up and realized I slept in my outfit and saw Julia sleeping on the couch next to me.  I ended up taking pictures of her sleeping this time, as the camera battery was charged.


Posted by https://jenniferjofaypaperdolls/blogspot.com at 5:41 AM