Well, Superbowl Sunday is done and now we have the controversy of Gisele Bunden on tv yelling back at a fan who had to speak his mind.  He claimed that Eli Manning owned her husband.  What he meant was that Tom Brady will never be able to beat him.

And Gisele had to swear back at him and speak her anger.  She should have kept her mouth shut.  Now, she's got Tom's team angry with her for speaking her mind.  And now it seems like she has gone viral, which is usually the case.

What she needs to do is own up to what happened and get on with it, so they will stop talking.  And it is just a game and the players should get past their loss.  Someone has to lose and it ended up being the Pats.  They played a sloppy game.  It happens.  Although with this game, it comes with mucho bucks, so I can see why perhaps they are upset.  But, after all, life is to short to stay upset about it.

They will get more chances.  They are a good team.  Even the best teams have to lose sometime.  And there are probably just some teams that they can't beat.

But besides this, I was watching the clip on Gisele this morning.  I didn't realize that a few years ago, she tried to get it so all women had to breastfeed for the first six months.  I thought that that was wrong.

Women should have a right to choose if they want to breastfeed or bottle feed.  The choice shouldn't be taken away from them.  It's their freedom to feed their babies the way they want to.  I bottle fed all my children and I had a close bond with them all the same.  I had nurses telling me I will be able to bond with my baby better if I breastfeed and I was against that belief.

Not every mother wants to strap on those breast pumps to their boobs.  I didn't want to do it, and I didn't want to spend any money on those contraptions and all the other stuff that comes with it.  I was perfectly fine to buy the formula and mix it and put it in a cute baby bottle.

We should have the right to choose.  And not all mothers take to breast feeding.  I have heard that some mothers didn't like that it hurt sometimes.  And some babies don't latch on very well.

I am sure glad that Gisele didn't get that passed.  I am sure it has it's perks and maybe is beneficial to your health, but it should also be a choice.  Not every mother wants to whip out her boobs in public to feed her child.  We don't all want to have the pain of the breast feeding bras and shirts and attaching a cover up.  It wasn't for me and I'm sure that there are many other moms that would agree.

Don't take away the choice. 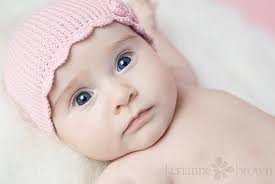 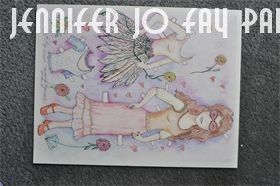 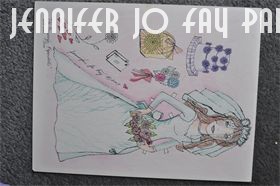 Posted by https://jenniferjofaypaperdolls/blogspot.com at 6:18 AM