Be Your Best Friend with Your Main Character

You definitely want to be the best friend to your main character.  Actually all of them you do, but some of them like in real life may or may not be your favorites.  However, when you are writing your novels, all your characters should be treated likewise.

You should know them inside out, almost as if they were you and you knew exactly what they are going to say or do next.

Especially your main characters.  The heroine and the hero.  Or whoever your important role players are in your novel.  You want to be able to flesh them out as if you knew every thing that would happen next.

Create lists if that works for you what their dislikes and likes are.  Their fears, hopes and dreams.  How you want them to change through out the novel.

Get to know your characters, know what they would do.  Map out what they need to do and make sure it's going to be right for every scene.  Know also when your character may get out of line and you need to change something.

It's funny, you can start them out saying a certain thing and then you want to change their manner of speaking.  I had to do this with some of the kids in my novel trilogy, The Glorious Money Tree.  I started out with them saying certain words the way a younger child might not say something exactly right and then later on, I didn't want them to sound silly because they are supposed to be eleven.

Up until recently, I also had them being ten, but then changed it so they are older as in the next book I would like to have them being closer to teens and changing their way of thinking.  You definitely want your characters to change.

That is so important in every novel, as we all know change is so important and the importance of a novel is one, to tell a story and next there has to be change that happens and a solution to conflict, love triangles and turmoil.

And you want to really define your characters as well as you can because they are your creation, not someone else's.

Also, a novel is a reinvented story.  We all know that there is always going to be some of us in each and every novel.  We cannot help but pull from real life experiences.  A true novelist that makes it real and tangible, writes what they know, but reinvents the storyline because after all, a novel is fiction.
So, yes, my fiction novels have a part of me in it, but to the audience reading it, would never know what is real and what is fiction.  But, sure, family that reads it would obviously know parts from real life.

But in any fiction strangers reading a fiction novel never know all the real things added.  Look at Steven King, Nora Roberts or anyone.  All of them as novelists will honestly tell you, "Yes, we put some real life things in there as well, but we wrote in also a different way that it is also different than what happens in real life."

Like, I know that I would never be like any of my characters and go kill someone.  Think about it!  Or my first Black Roses mystery of course had strippers in it and gay people which for a fact I am not either one and never would be.

But in a novel, we as novelists get to live vicariously and invent any darn thing we want because it is fiction.

Just make sure if you are thinking of a person in real life, make sure you use different names, different hair colors, etc.....  you don't want to get in trouble. 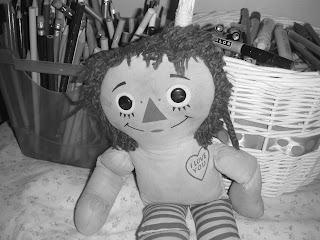 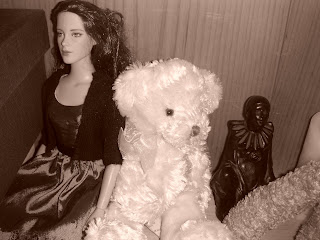 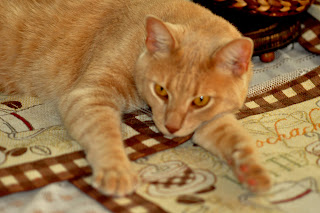 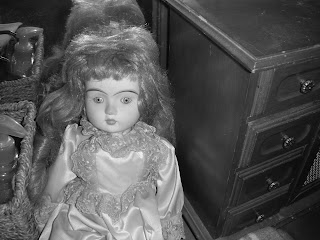 Whoever or whatever your main character is, strive to know everything about them so you know what the hell you are writing about.
Posted by https://jenniferjofaypaperdolls/blogspot.com at 11:24 AM