Well, this one was new for me.  I haven't been really up on all the Kardashian's in a while to even know she was pregnant.  But she is and the baby is due in July.

I guess there have been recent bullying about how fat she is.  Good lord, she's pregnant.  Preggers!!  She's got a baby in there and she's not ultra skinny like she was.  Well, except for the big butt that always got mentioned in the tabloids.  You know, Kim's supposed asset.

Not everyone wants a big butt.  I know I wouldn't.  But, hey after kids lord knows what happens to the woman's body!  I know mine and millions of women's bodies changed across the world after we have kids.

And when a woman carries a baby inside her womb, you can bet she will look fat.  But it's not fat!  It's a real life baby in there.  True, some women do eat too much when they are pregnant just because they are with child and they are eating for two.

Some of them do get fatter than the doctors would want them to get.  And every woman has a different body type.  Some women are larger by nature and can't help it if they look even fatter when pregnant.

And for some women, after they have the baby go right back to normal looking either just as they were before kids or even skinnier.  Woman have a hard time dealing with the weight after being pregnant and many are out there doing weight diets, walking running until there is nothing left to their body practically.

I think some women overdo it to extreme.  Yes, you want to be back to your normal weight again, however, you do not need to be anorexic like many of these actresses tend to look like.
Some men would rather have more weight on a woman.  Not to extreme, but women with some meat to them.

Most of your men will not want you to get so skinny that you start to look like the toothpick in their mouth!  Just saying.  Nobody wants a rail.  You get that when you get old and need support!  Well, not everyone.  Just poking fun that when we get older we need that cane!

Your man does not want a cane just yet.

Kim Kardashian is not fat, and she will most likely not be a cane either!  Well, you never know! 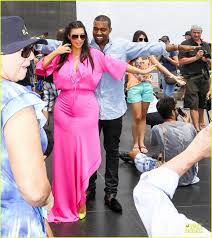 Posted by https://jenniferjofaypaperdolls/blogspot.com at 11:42 AM