Another exciting day of NaBloPoMo.  I am happy that I am writing here a little earlier than expected.  It is early afternoon and I am at my kids house for a sleep over tonight.
I woke up at seven am this morning. I like waking up early.  Yesterday, I didn't set my alarm and ended up sleeping until almost nine am.  I guess I needed it.  I was just thankful that I didn't sleep until ten or eleven.  Once in a great while that happens.  It is then that you feel that your day got wasted when you wake up and it is almost noon.

Seven am is cool, then you have all day to do your thing.  I got up, collected my stuff, got dressed and fed my cats extra food and cleaned their litter box.  I'm going to be gone for a few days, so I wanted to make sure that they have extra.

I did a little shopping at our local Goodwill and a children's used store, Once Upon a Child.  I went to look for stuff to sell on ebay.  I found some unopened toys that I am going to list.  One is a baby doll, another is a Liv doll new in box and a fairy puzzle book, all inexpensive, so if they don't sell, I am not out much.  Then at Goodwill, I found a few beanie babies, a few books, and some decorative wall hangings that could also pass as coasters, and then I found four webkinz for .99 cents each.  My girls got those today.

When I arrived at my kids house, I was surprised that nobody was up.  It was dark and I was the only one up.  My sixteen year old son had some of his friends over and they all were sleeping.

I then proceeded to make some coffee and get settled in looking at my ebay stuff that is selling.  I've got to refund someone for a broken product.  So was bumming about that.  From now on, I will have to make sure anything breakable is bubble wrapped.

Some people just like to knit pick to see if they can get a great product and also get their money back and get something for free.   People shouldn't harp on the really tiny things.  What do they expect a perfect thing with no flaw whatsoever?

There is no such thing as a perfect world.  Our world isn't perfect and it is full of people who just want to get things for practically nothing and still expect to get top product for their dollar.

If she really wants her money back, I'm thinking I will expect her to ship my doll back.  She can't have her money back and expect to keep the doll.  It doesn't work that way.

I spent part of the morning packaging up eleven things that needed to be shipped out.  And I am waiting for payment for about ten items.  I spent a little time checking on auctions that are going to be done later today and tomorrow.  Right now, I can't list anything else, as I have met my limit.

I think I will write the details of some of the things I do want to sell, as in a few days I will be able to list more stuff.  I want to list the stuff I bought last night and see if I can make my money back on them.  I can hardly wait for yardsale season when I can find more stuff to sell and pay inexpensive prices for them.

Well, right about now, the month is still new.  We are seven days into the new year and things are still tender and fresh.  We are looking forward to new found happiness in our daily lives.  Write more?  I sure hope so.  I am hoping that I can write a lot today.  I will be waiting with baited breath to see if I can write more than one post here today.  The day is young, so the possibility is still there.

Last night, I had a daughter do a hostile take over of my computer so I had to cut my evening short on writing.  But I had managed to write about five or six recipes for Triond before she went on to go to You Tube and webkinz stuff.

I was also surprised by a recent email from Hubpages.  They were notifying me that I had reached the $50 payout and they wanted to send me my money.  I was really surprised to see that and was also wondering how on earth I had managed to reach the payout.  As I was banned from the site and all my stuff had been taken down.  I sent them an email as they had also said, "Happy Hubbing."  I was suddenly thinking, "Huh?  Am I okay to come back and write more hubs?  I sent them an email to see what was going on.  As far as I know, I am still banned from the site.  I think I can go in and read hubs and comment on them, but that is it.  I know I can't write anything in the forums and I'm sure I can't create new hubs.

And I also got an email from Triond saying that my .67 cents will be deposited on the tenth of this month.  Hooray.67 cents richer!  Ha ha.

I think the trick with succeeding on these sites is that you have to keep yourself active and keep writing all the time.  The more articles you write, the better your chances.  So, I am determined to write a lot more.  I want to see if you can actually earn a passive income.  I have yet to see it happen to me, but I have heard of so many professional bloggers that it can be done.  It takes a lot of hard work, and good quality writing.

We have just finished one of the Pirates of the Carribean movies.  They are okay.  I watched Friends with Benefits last night.  That was kind of cute.  I half watched some of it as I was engrossed in one of my people magazines.  I am going to list those after too.  Some people like to collect the back issues.  And usually once I am done reading, I am done.

We've got some good cleanup to do later today.  The living room is a mess again and they will need to sleep on the floor.  Mom always gets the couch.  A few days ago, she wanted me to pick her up, but I told her I had a bad back.  Isn't that the way of things when we get older, suddenly we have pains and wonder why they came about.  My daughter proceeded to tell me that it happens to Grandma too.

Yesterday, my down syndrome child got driven home in one of the guys cars instead of the bus.  Jake didn't want to get out of the car.  He just kept sitting there.  He is really big and strong, so he is too hard for me to move him.  He really needs two guys to persuade him to get out of the car.  This guy, Phil kept trying to get him out and I could clearly see he wasn't making any progress.  Then one of the other guys that works with my son, came over and sat in the car with him to coax him into coming out.  And as Phil was wrestling with him, Jake started laughing and kept saying, "Phil."

They finally somehow got him out and when he came inside, he got to do high five to Phil for doing a good job getting out. We were like, "You're home, buddy.  Come on out so you can watch one of your movies."

Today, he was laughing about it and he got me laughing too.  He does that.  Sometimes he just does not want to get out of the car and he is solid as a rock.  He will get out right away for his dad.  When he sees him, he knows he has got to move.

I've got one daughter at the theater right now watching Chipwrecked.  The other daughter is waiting for a playdate with her friend tomorrow.  She is using my tablet right now to photograph her webkinz.

And I think we have just had our first soda spill in the new year.  New beginnings of spilling things.  Who can actually say they can survive the whole year without spilling anything?  Can you survive the whole year without having any kind of accident?  Spilling the jelly jars, dropping food on the floor, spilling chips, etc...  And haven't we all tossed something in the trash and it misses and gets pizza sauce on the floor.  We spill, we clean up.  Accidents happen every single year.  We can't escape it.  And if you have kids, expect it to happen often.

I once left my car keys in my garden overnight.  I was glad that I found it.  Suddenly, the next day I remembered I had placed them in the garden, as I didn't have any pockets with my leggings. 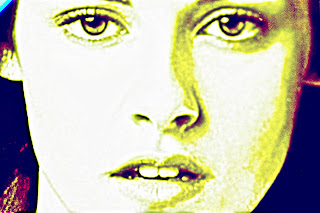 I had fun playing around with a Bella Swan photograph earlier this year.

Maybe before I head to my boyfriend's house tomorrow, I will go back to my apartment and pick up some of my other recipes.  I opened up a recipe box that I hadn't looked at in a long time.  I discovered all kinds of index cards where I had written down recipes.  I will retrieve them and publish some more on Triond.

I also found my Aunt Harriet's awesome lasagna recipe.  She used to make it special for my family at Christmas and during the summertime when we visited her camp.


,
If anyone likes paperdolls or knows someone who likes paper dolls, check out my paperdoll post on each of my blogs where my paper dolls are for sale: 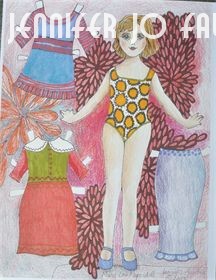 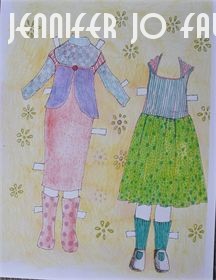 Posted by https://jenniferjofaypaperdolls/blogspot.com at 10:39 AM