Yesterday morning I had arrived home to my kids house after doing errands and sat down to watch more of the Today Show.  And then the Breaking News notice appeared on the screen and from the get go I knew that it wasn't going to be good news.  Usually you know it's going to be the bearer of bad news somewhere or breaking news to a current news story.

When we see it coming, we always are thinking, who has just died now?  That's our first thought.

And when I saw a view of police officers, New York City and the Empire State Building and a possible shooting I just couldn't believe my eyes and ears.

As if that's what we needed to hear while in the aftermath of the most recent Batman movie shooting spree.

Jeffrey Johnson, a 58 year old man who lived alone had been laid off from his apparel designing job last year after a unfortunate result of downsizing.  He was a t-shirt designer and they trimmed their staff saying bye to Jeffrey. However, he returned to the company (Hazan Imports Corp.) on more than several occasions earlier this year and other times for confrontations with Stephen Ercolino whom he shot and killed yesterday just around the corner from The Empire State building.

Witnesses called it in on the suspect and once at the Empire State Building Jeffery Johnson started shooting at the police officers and they shot quite a few rounds at him, 16 and possibly 9.  It sounds like they accidentally hit other objects and things fragmented and wounded other victims.

2 were shot and 9 wounded.  A few are still being treated in the hospital.

I just couldn't imagine being one of the many innocent bystanders fleeing from the scene.  It's got to be so frightening to hear shots being fired right near by and not knowing if you are going to be gunned down or not.

And then to be one of the other ones seeing all the scared pedestrians running towards you and not know why they are running has got to be so scary to witness it happening.

And then to see blood and people down and wounded, afraid that their lives are going to end and to not know why.

And then you begin to wonder what was going through Jeffrey Johnson's mind.  He must have just snapped.  According to a neighbor he lived alone and was a pet lover and a really nice guy.  But people do snap.  We know it happens.

And we now know that there were harassment problems between Jeffrey and Stephen.  My heart goes out to Stephen's family as they go on to grieve for his loss.  It sounds like he was a really nice guy.  But we don't really know the whole story just yet about the whole reason he got laid off and how the two men parted ways and what their co-worker situation was.  But it will all come out now as the officers do their best to look at all the angles and motives as to why Jeffrey Johnson decided to snap and come kill Stephen.

Losing a job can sometimes do a lot to a person.  Was he financially stable or crumbling?  We don't really know all the facts yet.  He had to downsize so that had to hurt.  And when things like that happen, sometimes the killer ultimately wants revenge on people that may have wronged him and made him lose his job.

A man or woman without their successful job of any kind can sometimes feel lost and confused as they struggle forward in life.  According to his neighbors, he was friendly to them but had no friends and guests other than his mother to his one bedroom apartment.  He had two cats and one had died and his elderly woman neighbor (Gisella?) said he was always doting on her pet dog and he was an avid bird watcher.  But it sounds like he was quiet and kept to himself.  What do you think he thought about every night when he went to bed?  We don't know because nobody ever got to enter his mind.

How does one think his mother must be feeling to discover that another man's blood is on the hands of her son who she will not be able to come visit any more.  Does anyone think that she could have possibly seen the signs that he was snapping inside?  We all seem as if we want to know and get the answers.  Because now people are concerned citizens that no street is really safe anymore.  Anywhere.

But unfortunately for Jeffrey Johnson, he met with his death.  Which is kind of good for the fact that he just killed a man and we wouldn't want him alive to be able to continue his destruction.  But this guy had a real motive, unlike the Batman movie killings.  That guy just seemed to have a plan that he was going to go in and kill a bunch of people at random and enjoy his killing spree, whereas Jeffrey was intent on just killing Stephen.

And for his fate, he just happened to get caught and killed instead of perhaps getting further away to hide out somewhere.  However, even if he had been able to do that, the police would have made the connection after talking with people related to Stephen and his place of work.  Jeffrey would have gotten found out.

It is so true that you really don't know a person.  It could even be some person sitting next to you in a public place and you brush up against someone and you never ever realize that you just crossed paths with a killer.  And then in his neighbor's position, she is so shocked that he could have done it as he always appeared so nice to her.  Just saying, that you never can tell about a person.

You can sum them up and think you know them, but you really have no inkling.  You don't know all their thoughts, you certainly can't read their minds and you can't know any results until you either hear about him/her in the news or face his/her anger and their wrath.

How many times have you heard of a story about a young girl getting raped and killed by a neighbor, uncle, friend or someone else that the victim knew?  It happens all the time and they get the surprise of their life.  Death.

And to think of all those pedestrians walking through 5th Avenue in the middle of the morning is just so shocking.  They're all just going about their day completely unaware of what is going to happen in a matter of seconds, minutes and then their lives get changed and traumatized because they were simply in the way of something horrendous.

And the Empire State building is one of the city's biggest attractions.  I've been there before and loved the views.  It's going to make people feel quite strange when they go there for a visit now that there's been death and horror nearby that is now a real life nightmare.  You can't wake up and think that it was a dream because in reality we know it was not.

And this won't be the last.  Another day, another place, different time someone else is going to get inspired to go on a rapid killing spree somewhere and shoot more innocent people and more lives are going to be lost.  We just can't seem to stop it.

And the police do all they can to keep our cities safe, but they still can't control all the violence that just doesn't seem to have a peaceful ending.  It's a real shame.

So, I think that all any of us can do now is to pray for Stephen's family, pray for all the people that have been lost over this long length of time at the fate of twisted, snapped and cold blooded killers and pray for Jeffrey's soul to seek forgiveness and go on to heaven or wherever people think that he should go.

It's very possible that he could have been a nice guy that you might have wanted to be friends with but things just went wrong for him and he lost control and made his choice that finally ended his life.

What's done is done and we must move on.  Families everywhere need to heal from their loss and the world needs to support them and every person needs to be stronger for themselves and for the dead who now are angels among us.

We are not dead yet and our time isn't up.  But live each day as if it were your last, as you never know when you may be at the wrong place at the right time.  Nobody is immune. 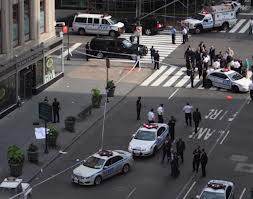 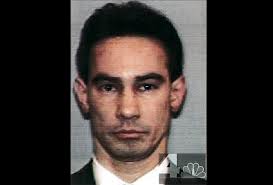 Posted by https://jenniferjofaypaperdolls/blogspot.com at 12:00 PM