Neil Armstrong our hero has just recently died at the age of 82 due to complications.  He had within the last month had undergone heart bypass surgery and was to have been said that he was recovering quite nicely, so this comes to a surprise to family, friends and the world.  The family will not say where he was when he died and we have to respect that.

When I first read this on another writing site, I was getting him mixed up with Neil Diamond for a minute and then as soon as I started reading I realized it wasn't him, besides he is younger.

He led a full enriched life and people all over the world have admired him and of course he will be greatly missed.  But he's not the only one who is missed.  Every year I think of all the famous and not famous people who have died and embraced all that they did to achieve things for themselves and others.  Every year more people we lose people who have taught us so many things and I think it is very important for all of us to embrace their lives, teach our children what they did for our country so they too can pass it onto their kids.

What do you think would happen if we didn't tell our kids about all these people who inspired us in so many ways?  They need to know who they were.

Even me, when I was growing up, people died and my Mom and Dad would be in the kitchen and my Dad would usually say so and so just died.  Well, so many times I would be sitting in the chair hearing this and I wouldn't know who he was talking about.  Never heard of them.  Even when John Lennon was killed, I didn't know who he was as I was in 6th grade going into 7th and I hadn't known who he was.  I didn't start liking his music until I was in high school.

And by the way, it's a very good thing his killer got denied his parole or release.

What Neil Armstrong has done for all the young people in this world who want to achieve their dreams and goals will go down as greatly appreciated and remembered for life.  He taught so many life values.

He taught millions of aspiring adults to work very hard and to believe in themselves that if they want something bad enough, yes it can be done.

He led a full life and a piece of the world has died right along with him and he will be greatly missed. 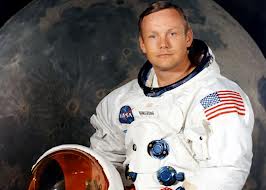 Posted by https://jenniferjofaypaperdolls/blogspot.com at 4:50 AM