If you have young kids, make sure they don't get a hold of your password.  Or even teenagers could abuse it.
I sell and buy on ebay.  Well, about four weeks ago, my girls wanted to know my password for ebay.  Their intentions were to start putting things into my watch list that they wanted.  My girls are almost ten and eleven.  They were wanting those Littlest Pet Shop characters.  It's the biggest craze for them right now.  They love them and nothing else.

They have gone out of their days of collecting the Webkinz.  They don't go online to the Webkinz site anymore.  Now they like to watch the You Tube videos the older girls make of the pet shop characters.  One daughter is started to paint her Littlest Pet shops with some of my nail polish.  OOAK is what they call it.

So anyway, when they wanted my password to put them into my watch list, I thought it would be harmless.  So I gave it to them.  Then they started putting things they wanted me to buy for them into my watch list.  Well, the next thing that became annoying was the idea of that the items were going to be done soon.  My girls kept hounding me to buy them.

I did buy some for them and bought some for their upcoming birthdays in a few months.  Then, they kept wanting more.  I finally had to tell them, that was enough.

Well, one daughter figured out how to see my purchase items and sneaked a peek at the ones she was going to get for her birthday.  I got angry because she was spoiling her present.
Meanwhile, they kept putting things into my watch list.  And I let them end without bidding.

Finally one week, while I was busy wrapping packages to mail out, one daughter asked if she could bid .99 cents on a pet shop.  I said ok.  Well, about fifteen minutes later, she told me she bid again and put the bid up to $3.  I got angry with her and told her she couldn't bid without asking me.  She stopped.

A few nights later, I was driving to my boyfriend's house to spend the weekend with him.  Once there I fired up my computer and started checking my items I was selling.  Then I went to my watch list and discovered this pet shop dog on a flower.  I did a double take on it and figured out one of the girls must have put it into my watch list.  Then  I checked my bidding and I saw the same picture in my bidding.  Then I saw the price was in the green and I immediately knew one of the girls had put a bid on it and I was winning it.  I called up and my son passed me onto my daughter.  The youngest one.  I asked her who had bid on the Pet Shop Dog.  Then I heard her say, "Sorry."

Then I had to tell her not to bid anymore or else I will change my password.  So far she had bid $3 or a little more for it.  So I hung up.  About an hour and a half later, I checked my bidding and saw that she had put the bid up to $5.  I had to call up again and got my ex.  He said she was still up and he said to change my password.  I got off the phone and changed it.

So now, they can't bid anymore.  They can put something into my watch list if I am there and they tell me what they want.  I can look it up and put it into the watch list.
I had told my sister the story and she said that I was lucky she didn't type in ninety nine dollars instead.  That would have been a disaster.  I hadn't thought of that.

So, definitely don't let your kids get your password.  Mine were little and didn't put astronomical figures in.  But they could have.  And some kids could put more in, if they really want something.  With my daughter bidding on that pet shop, I was lucky that she got outbid and she didn't win it anyway.
But I have heard so many horror stories of kids wracking up your credit cards and doing all kinds of things.  They are just kids, and think they can get away with everything. 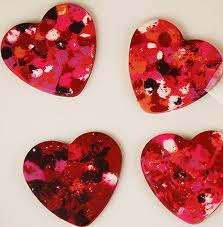 Posted by https://jenniferjofaypaperdolls/blogspot.com at 8:54 AM