Prince Harry Gets in Trouble! 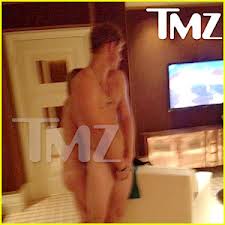 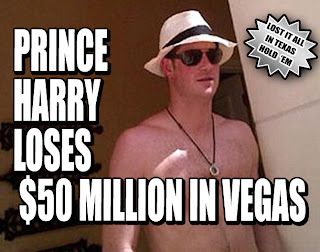 I guess Prince Harry is the black sheep of the family.  I'm back to revise.  Maybe he isn't the black sheep of the family.  I didn't know about the other royals.  I'm not up on everything and sometimes we don't get all our facts before we go to write.  I first heard about the news that he was exposing himself and it was on the news this morning.  And he's a gambler and losing lots of $$$$.  Well, he's not the only celebrity who gambles.  I do believe I remember that Toby MacGuire was one of them among others.  Why do these celebrities feel the need to gamble, party to no end in sight and eagerly participate in wild erotic scandal?  Can't they smarten up and learn to be a regular guy who wants to settle down with one girl?  The majority of these celebrities just seem to be attention seekers.

Look at Rhi Rhi who tends to party to an extent that she's going to put herself in danger along with Whitney Huston's daughter?  And then there is Whitney herself.  Why do these celebrities put themselves in these circumstances?  It's a bit abusive, even this nudity and gambling scandal is abusive too.

But they all tend to follow a legacy of celebrities and scandal.  You most of the time can't not say celebrity and scandal in the same sentence as it all comes from the same canoe that has SCANDAL and DISTRUCTION on the side of the boat.

At first I just caught part of it and thought he was caught in a hotel room with a woman and they were naked.  So my first opinions were that what has he done wrong?  He's in his room naked with a woman.

Here's the thing.  He seems to have a partying way about him that is different than his brother and he seems to want to promote scandal and things that he ends up getting in trouble for.  I'm not saying he's not a nice guy, because I'm sure he is.  But he has some faults like everyone else.

Who knows maybe he and who was her name (Chloe?) broke up with him for a reason.  Maybe she didn't like his partying ways.  But then I'm remembering around the time of the Royal Wedding that there were pictures of her partying too, so it's probably been a habit of his picking up with women who are partiers.

He is cute, don't get me wrong but he has that grin and smirk about him that he could be a womanizer and not someone you want to settle down with.  If I were single and was remotely near him to get to meet him, I don't think I would want to.  I don't like the womanizing type.

And thinking of scandals, the Royals don't have just Harry to be embarrassed about.  How about Pippa?  I think she has had her share of scandals too.  Who hasn't seen some of her old partying pictures with just a bra on or some pictures that got fuzzed out?  And then there's that whole gun incident in the car with her two friends.  I imagine she had to take some slack for that.

And she of course couldn't help it for her butt view getting millions of hits.  That couldn't be helped and she shouldn't ever be ashamed of that.  It was just her behind in her wedding dress and she should be proud of it.

But Harry in the nude is a different story.  I wouldn't ever want to be caught dead in a situation like that.  Good lord, if I happened to be famous and someone came into my hotel room and even attempted to take a picture of me and my man, I would be so furious.

That is something I would never ever do in my entire lifetime, thank-you very much.  Not my cup of tea.

But anyhow, it will take some time for this to blow over for Harry.  I'm sure there could be some scandal and trouble for it.  And as far as the military goes, I'm sure he will get talked to and that's it.  He was just having fun.

If his mother was alive, she might want to flip him on his knee and spank him.  Maybe she's the angel next to him slapping his ass all day today.  And maybe she's got a belt because we do not know what they do up in heaven.  Ha ha.


Posted by https://jenniferjofaypaperdolls/blogspot.com at 8:08 PM