My Thoughts for Today

It's a good day so far today.  Don't you love it when you have a good day?  I guess we just have to think positive and try to make the most of things even when there is a bad situation that makes our lives crazy.  I will be so glad when those neighbors are gone.  It takes time to get them evicted but they are on their way out.

I went to my son's school meeting this morning.  That was fun.  This is his first year in the High School.  Jake is a Down Syndrome child and there have always been meetings.  My ex and I met with a group of people that work with Jake.  We all shared information of how he is doing.  He is coming along.  He will always learn at a different level than the other kids.  He knows 1-15 numbers really well, but is struggling with the higher numbers, and they are always working with his speech and learning new words.

I had to add a few funny things.  Sometimes at the supper table he says, "Sorry, Phil."  So then we are usually saying, "What did you do, Jake?"  And then we tell him it wasn't okay.

And he loves his I-pad.  He's pretty savvy with it.

So, after the meeting, I went to my apt for a little bit to take things out of my car and bring them back into the apt.  I have been starting to re-organize my things in the apt.  And eventually more of my things at the kids house will be coming back.  The things I leave there for now is my crafting stuff and the things I actually use for cooking as I do all my cooking at their house.  But, I decided to bring back my pretty dishes and things like that that aren't being used there and I would want to keep and bring back.

At first, I was bringing these dishes, etc.. to their house thinking my kids would like them when they are older and out of the house.  But, Sean, my oldest wants to get all of his own things and he said the girls will probably be the same way.

And I am seeing that my ex will eventually have his new girlfriend move in and then at that point all of her things would be coming in and they wouldn't need my dishes, etc... there.

I've just been thinking that where I can't seem to find another apt. because of my cats, I might as well get my current apartment looking lived in again and decorated nicely.  And where I am starting to chat with local guys now, I eventually will be having them come to the apt.

And maybe down the road I will end up moving in or getting married with someone new.  But that is a ways off.  I have to make sure I find the right one compatible for me first.  And a girl has to be careful as many of these guys just want one thing.  And once they get it, they are done.

This girl is going to go slow and meet them at Starbucks for coffee and take my time.

Well, my kale is just about gone!  I got some a few days ago and have been snacking on it.  It's my new favorite food and I'm sure is so much better than chips.  However, this girl can't part with kettle cooked chips, but should slow down.

I may have to upgrade so I can share more pictures here.  I can't figure out how to delete the old ones that I'm not using.  We'll see.

I think I am going to take a short break to knit more on the shawl and that other fingerless glove.  I watched a few videos a little while ago on how to do an i-cord bind off that looked neat and the other one is a picot edging bind off.  They both looked fairly easy to do.

Then it's off to typing more on the novel.  I hand wrote a little more last night at my house.  And I watched Aviator.  I hadn't seen that one in a while.  My favorite part of that movie is watching Cate Blanchett portray Katherine Hepburn.  The rest of it is just quite weird.  Howard Hughes was strange.  I kind of felt like turning off the rest of the movie later on as Leonardo Di Caprio gets into the character.

I wish they would make a movie just on Katherine Hepburn.  I would rather watch one all about her.  And I think I will be passing on Liz and Dick.  I heard she didn't really live up to the movie.

I hate to say it, but I think it would come as no shock if we were to hear Lindsay Lohan's final news death at some point.  That is what it is going to boil down to.

And, I am thinking of what my next meal is going to be.  I will have to go into the pantry and see what I can whip up.  And thinking of this, I'm forgetting about my romaine lettuce, so hmmmm...... a salad in the near future?  Yes!!!!

Lately I have been liking it with ranch dressing, and a small dab of salt, pepper and parmesan cheese and call it good. 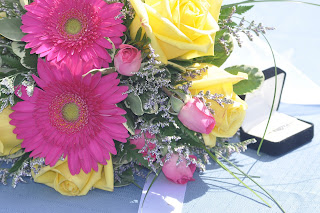 Well, here's an old one for today.  It looks like it doesn't cost too much for a month to have extra storage space for pictures, so later this week, I will upgrade to the different plan so I can keep sharing new pictures.

Posted by https://jenniferjofaypaperdolls/blogspot.com at 8:47 AM