Are you new to Twitter and wondering how you should use it?  I'm not new to it but really hadn't used Twitter in a while.  I suddenly found myself going back to Twitter last week and I started posting.  I think you just want to gain your presence there.

I was posting my links to my books.  I had read how a lot of people post their links about four times a day and was thinking maybe it would work for me.  I was starting to do that earlier last week.  There was one day where I went through posting the links to all my books.  I've got sixteen books roughly on Amazon so it took a little while.

And then when I was done, I went back and did it again because by the time I got back to the first book I put a link to, Twitter let me tweet it again.  Then, later in the day I did this some more.

But, after talking with some other writer friends in Facebook Writer's Group, I have decided not to do that too much.  Maybe I will post them once a day.  A few of these friends told me that could annoy my followers and I could lose followers.

I read up on Twitter a little bit and it says you want to make your presence in the site by retweeting other peoples tweets and commenting.  And you want to post tweets linking to content.

It seems that so many people are using Twitter for marketing and trying to gain sales.  Is Twitter really all about self promoting?  It really seems that way.

I'm going there on a more regular basis now to gain my followers and kind of hope it brings me some sales to my books.

It has gained me a feature of my novel, Lolita Lob it Off (vampire trilogy) as an app on Penned.  I'm hoping it's going to be free.  But one of my Twitter followers contacted me about it.

Just from starting to go onto Twitter last week, I went from 464 followers to about 494 followers.  That was kind of cool to see.

I retweet what I like.  And some of it seems like garbage so I just scroll past that.  I don't want to be retweeting about sex junk.

I will however retweet good quality tweets that have meaning to them and retweet the links that I think seem interesting.

I've been getting more notifications and some messages.

Today, I've written three posts here.  I hadn't written here in a while and now I think I should get back to writing here at least once a day if I can.

I have 16 books on Amazon and an author page

Currently working on new novels, the sequel to Lolita Lob it Off, sequel to The Glorious Money Tree and a new novel, America's Favorite Lottery Winner. 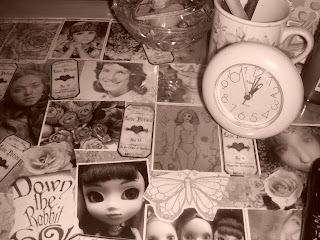 Posted by https://jenniferjofaypaperdolls/blogspot.com at 7:54 AM