Would you watch The Remake of Steel Magnolias?

I caught this briefly on the Today Show and saw they had on Queen Latifah and Felicia Rashad and other cast members.  I wasn't too sure what it was all about but in there I was hearing Steel Magnolias

I did a little more researching and discovered that it is a Lifetime movie remake airing on October 8th, (I hope the date is right.  It's either the 8th or the 10th and is coming right up)

The original movie was made back in 1989 and of course was a tremendous success with Julia Roberts debut, Sally Fields, Olympia Dukakis, Dolly Parton, and others.  I loved the original.

To boot, the producer of the original movie does not want this one to air, and is suing for compensation for her cut.  They should tend to her needs as she was the one who originally came up with it, and they're trying to cash in on her success.  Not right.

I'm not really sure if I would want to see this new one.  I mean, I like Queen Latifah's movies, but I don't really know the rest of the actresses and I didn't really care for Felicia Rashad, even when back when she played Claire HUxtable.  I did watch the show for the sake of watching it, but it wasn't my favorite.  I guess I liked watching the younger actors.

Sometimes a remake can be good and sometimes it can tank and people just like the original so much better.  I really feel that I loved the original and will not commit myself to watching this one.  I loved all the original characters and nobody beats Sally Field.  And Olympia Dukakis and Shirley MacLaine were excellent paired together in it.  It really had some good funny parts in it, mixed with sad parts and I feel that the originally actors did the best at it and nobody is going to top them.

I think it is different when there is a remake of say an old black and white movie or one that has been done a long time ago.

I guess people want to do these remakes to see if they can make them different.  I would really hate to see someone do a remake of Breakfast at Tiffanys.  Nobody can top Audrey Hepburn in that one.
Why do the do them anyway?  It's not so much that we want to see the movie storyline replayed again as we would know the outcome.  They just want us to see it with different actors and actresses in it with their modern effects and their take on it.

Don't get me wrong, some remakes are excellent especially when they have been done on a grand movie scale level and you go to the theaters to see them.  King Kong's remake with Naomi Watts was excellent.  I do believe there was quite the gap in the years between the first King Kong movies and that one.  We had Fay Wray, Jessicca Lange and then finally Naomi Watts.  I hope they stop on that one as three is enough.

Then there was the remake of Psycho, which was also well done, but nothing beats Alfred Hitchcock's classic shower scene.  I love Alfred Hitchcock movies.
Although I can't do his silent ones.  I had bought them not knowing they were silent and I popped one in to watch.  Boy, was I disappointed.  Maybe some people can do silent, but in our modern world most of us cannot watch that anymore.  We like noise.

I think it is how the remake has been put together that either makes it tank or swim. 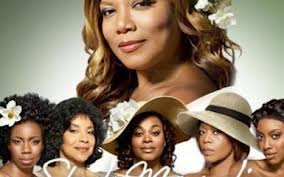 Posted by https://jenniferjofaypaperdolls/blogspot.com at 5:00 AM