Your Child: The Little Entrepreneur

Every child has the potential to want to be an entrepreneur at some point.  Encourage them to do this if they want.

It probably all starts when they request for you to help them set up their first lemonade stand when you have your neighborhood yard sale.  They want to naturally make money too.  It helps them to clean their rooms and they decide that they want to sell their toys so that they can buy new ones.
And then you laugh at the prices they want for their toys.  "You want $5 for your Cinderella barbie, honey?  How about $1 or $2."

Or the little boy who wants to sell his matchbox cars for a penny a piece.  Let him do it.  At least you won't end up stepping on them, right?

And the mother's want to help her kids with their little business as much as they can.  We slave over making cookies and brownies that people will give them a quarter or fifty cents for to go along with their little cup of lemonade.

When I am yard saling, I don't hesitate to buy lemonade from the kids as I want to help them out and make them feel good that they are earning some money too.  I think it is great when kids want to make their own money.

My daughter, Mollyanne has a new friend within the last few weeks and I think her friend may be a budding entrepreneur.  Last weekend she and her friend had been gone for a little bit and my ex told me that they went out raking people's yards.  They are both ten.  I laughed to myself, but then thought that was cool.  Meanwhile, my younger daughter caught the raking bud too and decided to rake her dad's yard so Dad will give her a little extra money.

It was really funny when Mollyanne and her friend came back as they ended up getting $54 and split it between the two of them!

I couldn't believe it.  It's a far cry from what I remember getting as a kid.  One winter a best grammar school friend and I went shoveling a few driveways for people and I think we earned $1 a piece for each driveway.  That was probably back in the late 70's.

This weekend, Mollyanne and her friend decided they would try to walk people's dogs.  I think they got to do one dog.  However, they ended up walking the dog, one of them stepped in doo doo and the person didn't end up giving them any money for walking the dog.  That was too bad.  If I was the adult I would have at least given them some money for doing it.

And now my ex and I are thinking about the leaves, as these people's yards are now covered in leaves again.  ha ha.

Anyway, if you think you have a budding entrepreneur, support them and let them go do their thing.  Let them try to sell.

Even the school fundraisers, if they want to go door to door, let them do it.  To an extent though.  You want to be careful that they go over board with that, as then it is going to be your job to help them make sure that they get all the orders straight. 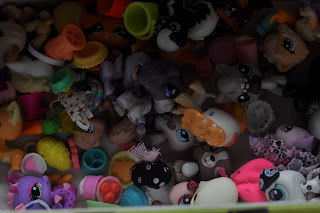 Posted by https://jenniferjofaypaperdolls/blogspot.com at 5:01 AM