Why We Change our Titles to Novels

Do you ever find yourself starting to write a novel and then part way through you realize the novel doesn't exactly fit the title?  We can have all kinds of reasons for changing a novel's title.  Maybe we loved it in the beginning but then changed our minds.  Sometimes it's just perhaps too long or maybe it isn't a title that would reach a wider audience.

Perhaps it isn't catchy enough.  Or we simply decide that we want to have something different.

At least in all the early stages of a novel, we have the right to change it any time we want.  The whole novel has a mind of it's own and it really gets changed so many times before we decide to publish it when it has come to completion.

I've decided to change The Thief Who Wouldn't Learn to one of these other titles:  The ones I like the most are at the top.

Good Girl, Bad Girl
As Fate Would Have it
Destinies Entwined

As I thought about my original title, I felt like it was really about the bad girl who is a thief but it didn't really describe the good girl.  I am really leaning towards Good Girl, Bad Girl.  It seems to sum it up and I'm thinking that it would reach a wider audience.  I mean, The Thief who wouldn't learn doesn't tell them that it's going to be a romance too, and Good Girl, Bad Girl could potentially be about anything.  The title seems to have a little more room to reach women on different levels.

This novel was originally sparked by a real life experience where a friend of my girls stole 21 of my nail polishes.  And the parents and I had a falling out and the little girl can't play over when I'm at my kids house which is best.  However, as they all get older and are teenagers with minds of their own, no parent is going to be able to control what they want to do.  But for now, this is how it is.  And I'm sure the little girl learned her lesson.

But anyway, a novel got sparked and it is all made up and not about them at all, except the incident might briefly get in there at some point, but it's going to be written in a way that is different from how it really happened.

We had an incident recently where yesterday the little girl said the novel is about her and her Dad's girlfriend read it.  Immediately, I told my girls that they are both to tell her that I said it isn't about her and I've called one of their teachers and will later be discussing it briefly with him.  I had unfriended the whole family around the time of the incident as I just didn't think the dad handled it right. Any other parent would have brought their child right over and put it to priority, but this guy made me wait quite a long time and there were other issues that just didn't gel with me.  And this little girl had also had some other incidents that as a mother I didn't think she was a good influence on my girls.

But they happen to still be friends at school and because her parents and I don't see eye to eye, their friendship for the most part has to stay at school.  They don't get many play dates of course because I am there and as their Mother I'm not going to be the one who has to leave the house for this little girl. 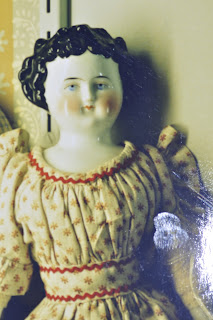 Anyway, I think this little girl saw my link to The Thief Who Wouldn't Learn on my daughter's wall and immediately she's thinking it's about her, which is why it needed to be cleared up that it isn't.  And I would hope that this girlfriend of her Dad who read it would not be telling this little girl that it is about her because it is not.  That would be a terrible thing for a grown up woman to be telling a little girl that it's about her.  I'm going to just believe that that hasn't happened, but then I don't know what the family is like nor do I care.

Yes, it sparked a novel, but it's clearly not about them.  Look at Stephen King writing about his accident.  Many authors choose to write about things that occur in real life, but it is our jobs as a novelist to make it different, fun and interesting.

Lucinda, my bad girl works at a run down vintage, retro diner and I haven't decided what her bad boy lover is going to be yet.  Maybe a jewel thief or a gas station attendant or something like that.  And he might steal gas out of people's cars!  Sure, they are probably going to have some kids, but whole different story.

People do tend to read into things wrong, and this is just a little girl who has read the title and immediately thinks it's about her and the stolen nail polish.  Stolen nail polish is never going to even enter the story and the real life incident is going to play a very minor role in it.

And it's about two women, not just the bad girl.  It's about the good girl's life too.  And lets just say, her life isn't all a bed of roses either, but she's got better morals.

I really do like the title for it now.  Good Girl, Bad Girl seems right.  Or if I choose to make it kind of like a saga, I could call it, Good Girls, Bad Girls.

It's progressing nicely.  Where I am making the whole thing up completely different from real life, I have every right to write this novel and publish it and this family can't have any right to stop me from doing it.

Also, I think even though this family has perhaps read the first chapters and who knows who else who is related to them, they have read the first and second drafts and the novel is not anywhere near finished.

I'm glad I took all my novels in progress off the blog, as I couldn't take any chances of anyone plagiarizing and also it's best to just finish it in book form.  And that way, nobody gets to read it anymore until it is in it's completion.

And this family will have no ammunition against me as I haven't slandered one single bit.  And there's going to be murder in there somewhere and I hardly think a murder has been committed in real life.  Come again?


Posted by https://jenniferjofaypaperdolls/blogspot.com at 7:16 AM