Don't we all have days when we need to catch up on things.  Today has been catching up on my emails.  Usually, I am good about keeping it at bay, but I slacked a little.  Which ended up being a few hours spent on cleaning up.

I tend to do a good amount of deleting because of the time.  I really want to go to more of my emails and read, comment and be more active.

Chock it up to my terrible hacking neighbors into all my stuff.  I plan to go to more of my emails once I am moved with a new laptop to get them the hell off my stuff.  They've been threatening to get the model number of the new laptop.

And threats to scare me when I do get the laptop and start finishing my novels for publishing.  I think they see me as a threat that I'm going to write about them and what they did to me.

Hey, that wasn't nice.  I should be able to get my new laptop without the worry they are going to hack my stuff once I get back to what I really need to do.  WRITE AND PUBLISH.  Without a gun or a knife threat to me, should I write a word!!!

And I deserve to write THE PRICE OF BEING A GOOD SAMARITAN.  That's the fiction version I plan on publishing, and I have every right to have a venting version to keep for myself that I don't plan on ever publishing, but its mine and not theirs.

It makes me really mad, that if they so much as see my title published without even reading it to see its clearly fiction and come after me.  Makes me so mad.

And I had to pass on an apt as one of my harassers showed up right before I viewed it and he and another guy I recognized were both waiting right outside the apt after to scare me.  Red flag, don't take it.  It's the same guy who followed me to a nearby MacDonald's last January right after a fight with my ex.  This guy followed me there and it was no coincidence he was there.  Nameless, but I got followed by this guy on two occasions, last January and August of 2013.

Well, I'm onto going home and doing some more knitting.


The shawl for me and a skirt for one of my niece's.

I finished the skirts for my girls. 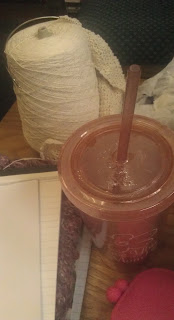 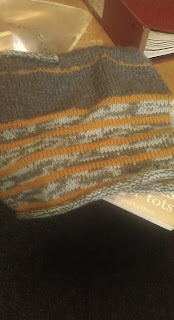 Posted by https://jenniferjofaypaperdolls/blogspot.com at 10:08 AM