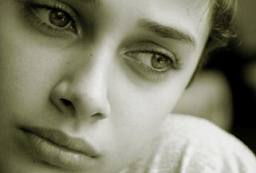 What is it these days when parents start to resort to cyber bullying their children?  There is simply no need of it.

When a kid or a teenager nowadays does something he or she shouldn't do, some parents are taking it to extreme for their punishment and are embarrassing them online.

The was an instance not so long ago where a father plastered his child's mistake on you tube.  I do believe it was something along the lines of bathroom ettiquette.  And I think the little girl was quite young and didn't know.  The father was so insane and I think a lot of people were quite disgusted with how he handled the situation.

You don't plaster your child on the internet like that.  There is no excuse for it.
The other instance I would refer to are the parents who decide to punish their teen by plastering a bunch of goofy parent pictures on their child's facebook wall for all the friends to see.  Talk about cyber bullying.  Yes, maybe the parents thought it was funny, but now the child has to feel very embarrassed as all his/her friends now see all these embarrassing photos on the FB wall. I do not believe that this is the correct way to punish your child.

Whatever happened to the days when making your child stand in a corner was simply enough?  Or just flipping them over and giving them a spanking?  We got spanked and I turned out fine.  There are more private ways to punish your child without spreading the fact that they did something wrong and are punished on the internet for it.  In a way, this is like slander but slander to children.  Don't you think they have rights too?  You are ruining their reputation by doing this.  Have a little more respect for your children by teaching them right from wrong.

Showing them that you can publish them online, tells them that it will be okay for them to do it too and it's wrong, wrong, wrong.

How about ground your kids from seeing their friends for a week.  Hit them where it's going to count, but in private.  Don't broadcast them.

I got grounded in high school once for about a week.  My parents discovered I had gone swimming at the Saco River in Maine with some friends from work.  I didn't tell them.  I came home and stuffed my wet stuff in my duffle bag and hid it under the bed.

I would have never gotten caught, but they were looking for my brother's newt.  Good old Mom found my wet clothing and then they found the newt dead under the fridge.

Dad was really upset as he had lost his father when he was in high school to a drowning incident in Sebago Lake, Maine.  His father was an excellent swimmer, basketball coach, and teacher.  He and his friend went fishing and had miscalculated on the weather, capsizing the boat.  My grandfather drowned and his body was never found, however the friend survived.

Kids and teens do all kinds of things they shouldn't do, but as a parent you have to use good thinking and come up with a good disipline for their actions.  They do need a punishment, but cyber bullying takes it to extreme and should not be taking place.  The world will look down on you for it.

Posted by https://jenniferjofaypaperdolls/blogspot.com at 5:34 AM