Reality Show Mania
I have been thinking of doing a post on reality shows for a little bit and I had to look up on the subject as I couldn’t remember too many.  Anyway, I found a site that had so many to choose from.  What a funny thing.  I just kept going and going, scrolling down all the options.  There had to easily be over one hundred different reality shows.
It goes to show you that there are really too many to choose from..
So of course some of our first ones are Survivor and there are just way too many seasons on that one.  I believe into season 26 but I’m not sure as I haven’t seen it in a long time.  . My kids and I used to watch the first seasons and then I think after season five or seven, I stopped watching it.  But for a while that was our popcorn and movie night.
The very first reality shows were Star Search.  I was kind of surprised to see that one, but I would have considered that one more of a talent show.  However it was in the list so they probably believe it could be the very beginnings of reality shows.
I forgot there's the Toddlers and Tiaras show where you can insanely watch all the mothers promoting their tiny beauties as if it meant everything to their careers.  When they're only little kids and just need to have that kid time.
There's the Keeping up with the Kardashians.  I've never seen it but I've heard all about it.  And then you have take offs from it with Khloe and Lamar, Kourtney and Kim take Miami and the other they take NY.
There's reality shows like LA Ink where you can watch people get all these intense tattoos.  We've got Nanny 911 where maybe must be a nanny gets to constantly call 911.  911 abuse?  Just kidding.
We've got seven of those Real Housewives series where there's one for each big City.  I have watched a few episodes of one of those and seriously am not interested.
I vaguely remember the Mole.  Used to watch The Amazing Race, America's Got Talent, Big Brother, The Apprentice, The Weakest Link, The Simple Life, The X-Factor.  The X-Factor used to gross me out big time on the foods they tried to eat.  Good lord.  The cow or bull body parts were disgusting almost enough to turn the station but the other half wanted to watch it.
There's reality shows for Tori and Dean, Ice loves Coco, Anna Nicole Show, Hogan knows best, 19 kids and counting and others.
Then we have shows like The Biggest Loser, Renovate my Family, Hoarders, Teen Wolf (not starring Michael J. Foxx), Teen Mom, Amish Mafia.  Now that one sounds kind of interesting.  I'm trying to picture Amish people dressed in black with guns.  Hmmm....  Amish tough guys.
Bachelor and the Bachelorette, Average Joe, The Beverly Hillbillies (not the ones singing the old song from the original black and white series), Blow out, whatever that one is.
Are you smarter than a 5th grader, Blond Charity Mafia (run by a bunch of blond barbies?) and I love this one, Are you Hot?  I would say not in December but everyone will be hot in July.
Borrow, Beg and Deal, Farmer wants a wife (Green Acres?), Ghost Hunters (my kids have watched that one) and Harry loves Lisa, Have fork will travel (yes, with a fork, I will travel to my bowl to eat my dinner).
Oh, almost forgot, Here Comes Honey Boo Boo (I hear her dog may have died?).
Boot camp, Breaking Bonadouce, (this one had me laughing as I remember watching him on that talk show with Mario Lopez and a few other guys.  He's kind of fun to watch but he seems like he is a ladies man.  If I've got it right this is Danny from the Partridge Family.
There's Jacksons, Jennie Garth Little bit Country, there's lots of food reality shows, Hell's Kitchen,
Top Chef, shows on models, Jon and Kate plus eight,

Here's a few of my favorites but will never watch them. Hoarding Buried Alive, Hit me Baby one more time, Dog Bounty Hunter, Hole in the Wall, to put the Gone too Far Reality show in it.

Seriously, this world has gone nuts on all these reality shows.  However this country seems to love them.  I'm not saying they are all bad because there are many good ones and sometimes they can be interesting.  I forgot to mention American Idol, The Voice and all the dance and talent shows.
But, can we get some of the nice sitcoms back?  We used to have some really good shows.  Cheers, Rosanne, Cosby show, Little House in the Prairie, Father Murphy, and many other good shows.  What happened to all that?  Bring some of it back!
Jennifer Jo Fay
Copyrighted June 1, 2013 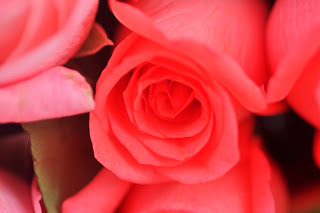 Posted by https://jenniferjofaypaperdolls/blogspot.com at 7:55 AM