When Something Offends you

Have you ever been offended by something?  Say it could be anything really.  A comment that seems offensive and uncalled for.  It could be an action that someone does in front of you and you feel offended.

What do you find yourself doing?  If you are smart, you walk away from the situation and just get out of it and forget.  Sometimes it is something you can hop away from really easily.  And other times you find yourself looking and it takes a moment before you realize you are disgusted.

If its an email that's offensive, you can report it for spam.  I recently got treated to something rather nasty.  Someone I do not know well, sent me a nasty email last week.  At first it just said Moms yelling in the opening of the email before I actually opened it, which at first I related it to my situation I'm trying to move from.

The next day, I decided to open the email again and see the other emails she sent it to.  The first day I saw nothing from her when I opened it.  Just a blue letter link...  Moms yelling.

The next day when I opened it, I saw about fifteen to eighteen picture attachments.  I could see they were kids.  I wish I hadn't opened them up to view.  I was so offended by it, I not only reported it as spam, told her not to email me again and I sent it to the local woman cop and called in my complaint about it.

She offended the wrong person.

As I looked at the pictures, no mom would want to see them.  Understood the reason for the link called Moms yelling.  One picture was a boy ready to stick a fork in a socket, another was a boy bending over with him holding his detached head, another of a big frog halfway through the boys mouth, another of boys peeing one naked, another of a boy nude ready to cut off his penis, and the one I was most offended by was of a nude girl in hallway with paper towels on her body and a penis on her covered in paper towels.  I was very offended as I took a look at the girls face as it looked like one of my daughter's from an old preschool picture.  Had to take a look at the background which I didn't recognize.

The reason for reporting.  It either looked souch like her and wasn't her or it got photoshopped in.  I'm leaning more towards a coincidence why it looked so much like her.

It was sent to a group of people but where I've been through so much crap from these people, I had to see if there's a motive behind it.

If anything, I hope the officer gives her a reprimand and tells her to be careful who you sent something like that to.  Some people may justyell and walk away from it and others like me think its really nasty. 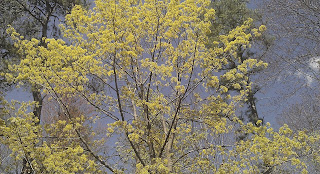 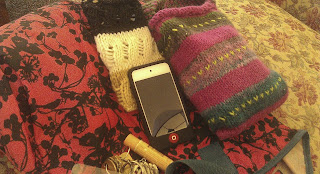 Yay, finally some new pictures for you!!!!  It's working on the tablet now.  The first one was taken around late Spring at a park I visit with my kids.  The other one I just took.  My new toy!!!!
. I've probably downloaded too many free apps for it.  The main reason was to be able to use Instagram and I'm sure I will find other fun uses for it.  My novels are waiting for a new place, then I will buy my new laptop and change passwords across the board, get those lunatics put of all my business and ,I will be writing full force.  Mostly knitting now.  Oh and secure internet will be A Must.  And then onto my publishing goals.  And they will have to wait like everyone else and buy the ebooks.  And no more hacking.

And a pug toy dog in the future hopefully.  This girl needs new beginnings.  2013 so far has been no picnic but this girl can, did and will continue to endure and am hoping they will stop violating me when I move.

This girl needs to get back to writing my FICTION and I want much better things for 2014.
.

Posted by https://jenniferjofaypaperdolls/blogspot.com at 8:38 AM