How to Pick the Genre for your Novel

How do you decide what genre to place your novel in?  I mean sometimes it is so easy to decide but then there are so many different types of novels for each genre, it can be a little daunting to figure out where to put it.

If you are writing a mystery, there is cozy mysteries, crime mysteries, detective, series, and so on.

For a romance, you have historical romance, erotica, suspense romance, modern romance, smut book, and on and on.

And then there is the fantasies.  This one kind of stumped me and I am now changing my mind about what genre or age group The Glorious Money Tree is going to be for.  It definitely is a fantasy trilogy.

At first, I wanted it to be a children's fantasy/adult novel.  As it has the combination of fairies and all things magical and then the twist for adults where someone gets cancer.  I think I immediately wanted to call it a children's fantasy because of the magical aspect of it, but now have changed my mind.

While on a weekend trip to Maine, I told the idea of the story to my uncle, and then he raised the question that when I mentioned that someone gets cancer he wondered how that could be good for children.  Which is a very good point.

So, now it is going to be for teens and adults.  As, I don't really intend to change the story.  I never was really thinking it would be for little kids anyway as it is in novel form and little kids don't know how to read a full length novel.  They read children's books.

I thought if it was to ever be turned into a movie, it could be for older kids.  Kids do have to deal with death all the time and they are resilient.  And in the movie and the book nobody would be actually seeing the woman's body as she would always be covered up, but she would be sick in a hospital bed probably.

Where it is a novel length, it is more for teens and adults.  I think it is easier to feel that we can go deeper into writing a novel for the older audience and we don't have to worry so much about is it going to safe for younger readers.

When you truly write for children, it is a quick and readable format with illustrations for them.  I do have a book that might someday get done that really would be for little eyes.  This one would be my Little Jenny and Bunbun story.  I've got it fully written somewhere.  I can't remember if I posted it on my blog way back or on Triond.  But it's a short story about me as a little girl and some of the things that went on with my favorite toy.  The story is short and to finish it, I should have lots of illustrations in it.  And I've written a first in the series of stories of Bunbun and Olga.  Bunbun and Olga get Bullied.  I don't think I have finished the little story yet.  I got inspired by the Arthur series on that but it's based on my favorite toys and my Bunbun and Olga paper dolls.

Little kids don't have the knowledge that older ones do and some people find it hard to write and entertain younger children.

I think when you write for teens and adults you can definitely have lots more freedom about what you write.  Look at J.K. Rowling's books.  They are a little darker than for really young kids even if little kids have enjoyed her movies.  She pretty much wrote for the older kids and adults.  It's in novel form.

Stephanie Meyer is also meant for teens and adults (women).  She chose to write the vampire love stories which kind of excludes men as it isn't really their cup of tea.

When we set out to write a novel, we have to decide first who are we writing it for?  What type of audience do we want to read our story?  Then we have to find the niche.  Then we have the hard job of writing it and making it interesting so that our chosen audience would want to sit down for the duration and read it.

It's amazing how many genres are out there.  Years ago it was just mysteries, romance, children's books, young adult, non-fiction and a few others.  Over time there are now so many niches in this that can really make it all the more hard to decide where to put it.

So, now mine will be teen/adult fantasy.  That would seem about right.  I might have to do a little research about all the possible genres later. 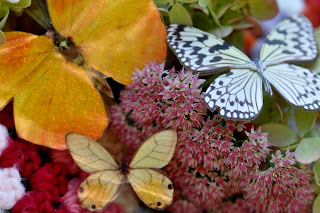 Posted by https://jenniferjofaypaperdolls/blogspot.com at 5:26 AM