I was headed down to see my kids and when I got into town, I figured I had time to jaunt over to Goodwill and drop off some of my things and make a small purchase.  Good lord, on the way I saw a yard sale of all things and turned in really fast!!!

Found a new pot to replace one I threw out as I was not looking forward to SoS padding it!!!  And a Grace Kelly movie.  The Kill.  I'm not sure if she is in the movie.  I think it has extra stuff on her fairy tale wedding.  Came close to getting The Divorce one with Elizabeth Taylor and Richard Burton, but seeing as of recently I am divorced I decided against it.

Then, unloaded some things I didn't need and went inside.  I was hesitant on getting rid of a nice wooden lazy Susan, but I don't need it and it takes up space.  The wok hasn't left the car yet, but that may as well sometime.

So, then I got a cool CD and radio player.  One I will know how to use instead of this clock radio that I can't figure out the CD part.  And I've got to see if I can get 95 Triple X.  So far, a lot of French stations as I'm further north.

So, then called my kids stating I will be fifteen minutes later.  Then, I took the longer route to see if anyone has put a small bookshelf out to the street.  Ha ha.  And then I got onto their road and two houses down I had to stop at one more yard sale.

My girls and I watched The Conjouring, which I have been wanting to see.  Really creepy.  A good haunting movie.  My sister liked it and my oldest thought it was really scary.

My girls were getting new bedding and there was a moment where, hmm...  maybe I should have gone down and gotten my Aunt Harriet's green egg timer started.  It's funny how a really small thing can seem like a major catastrophe and then all is well again.


And I had a really fun time getting my Down Syndrome son laughing as I roll played with his Sponge bob Squarepants, Mufasa, Daphne and Swiper no swiping!!!!
. Basically Sponge bob kept looking for Patrick, the down the crack of the bureau for Mr. Krabbs and Daphne kept falling down her traps and then I made her want some pancakes!!!  Good time.  Hadn't roll played with action figures in a long time.

And I met their new friend, my ex's New girlfriend.  Very nice and I didn't think, but I loved the saying on her shirt.  It said Be Kind.  I've got a magnet that says be kind.

I finished a dishcloths this morning.  It made me mad as I think the person coming in has taken the pattern as its not anywhere to be found and while looking at another of my little notebooks that I've jotted down cool patterns, three or four of the first patterns for knitted flowers have been ripped out.  Really mean as I have been getting ready to make some for part of the headbands.  Really mean and nobody should be entering my apt and moving my things around on me and to start taking things again.

It made me so mad, I wrote an inventory of my knitting magazines and they should be how I've left them.  And pictures of my stuff get documented so I have the proof of how things were before I left the apt and I'm so meticulous and organized I know when someone has been in.

After my car fixings, obviously I am going to have to get my locks changed before my laptop.  I have strong suspicions of two people I've recognized living under me.  Not 100% but I do not like.  Not funny.

Nobody should be entering my apt every time I leave.  I don't like finding they've been in.  Hey, I need to leave and get things done and no witch should take advantage of that.

Well, I'm ready to head back and hopefully I don't discover someone has been in my apt to destroy or just move my things and invade my apt.

And I do need to get back to writing soon.  And finish reading Katharine Hepburn.  And have another cup of coffee.  And to see no unwelcome man in my apt.  Someone is breaking in and that's no picnic.  I can tell the difference when its my cats and when its not. 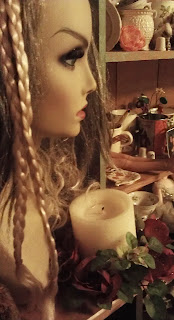 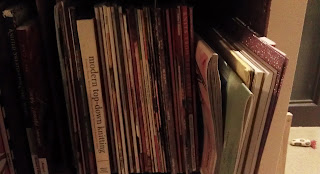 Posted by https://jenniferjofaypaperdolls/blogspot.com at 1:45 PM