I think art can be really good therapy.  Practically anything can be great therapy really as long as you look at everything in a positive way.  Trying to see the good in everything is perhaps the best way to look at our lives.

Don't you want to have peace and happiness in everything that you do?  I think just finding it and deciding it's good is great.

Today, I decided to do some collage work as I hadn't done it in a little bit.  I also came back to that sewing bench and worked a little more on the thing.  I had been meaning to stencil in either the flowers or a butterfly on the front of the bench where there was nothing.  I decided on some gold paint and ended up doing some stenciled leaves.  They came out pretty good.  Some better than others.

You've got to be careful and not lay on too much paint at once and take your time.  And now the handles are gold too.  Which means I'm going to have to Modge Podge to keep it there!

I had one of those writing lap desks from Goodwill sitting underneath my books for a while and finally decided to decoupage the top.  Ah, there's Twilight in it!!!  And some of my stuff and then I decided to just write my favorite authors, some cooks and Patsy Cline on it.  Just gluing lots of words in.  It took a while, but it was just a great thing just to sit there and get quietly busy doing some type of art.

Couldn't quite get away from it after this was done and started working on a fat 5 X 7 bookmark thinking of Maya Angelou, freedom and family.  It came out kind of cool.  I've got to try to perfect finding a certain type of sealer that's not going to warp my vellum paper.  I made some bookmarks a little while ago and they did get warped.  One was my Down Syndrome child and the other was my oldest child with a baby picture I had of him with my very first knitted boys sweater.  I still have it in my cedar chest.

They are my bookmarks for a while and someday my kids can have them.  I want to collect archaeology books of my own, the ones that would interest me and I've figured that someday it would be a very nice thing for my oldest to see that Mom took an interest in his career choice.  And I might learn something in the process.

I've got to make myself type more this next week.  I did get more handwriting in which felt good.  Anything feels very satisfying after we make ourselves do something we have been meaning to do but put it on the back burner.

Good lord, how many times can we count how often we leave some projects into a drawer and let it collect dust???  Yeah!!!  I went to Facebook to read some of Freedom with Writing's sayings and quotes.  I had to laugh and also agree with one.  Just write the damn book!  by Jane Yolen.

This one was good!  Your Muse called!  She threatened to quit if you don't start writing, right now.  Authors Publish.     I had to laugh on that one too and commented on the post.  I guess I better get going before she locks herself in the bathroom with all my pens!!!!

I've been handwriting, but been torn with the knitting of course.  I've got to love those darn knitting needles God Damn it!!!!!  I did finish the Rosalie school scarf for me and my daughter Julia wanted a shorter one.  Her's is done, and I'm on to making a darker black and red one for Mollyanne.  That's going to take longer as I'm going to make some mistakes and it's going to take more time to count the stitches as it's darker.  And I started a gray shawl out of some cotton cone yarn I had.  I'm just going to go until the cone is gone.

Anyway, I believe that anything we really want to do something, just do it.  Delight in the process it takes to get it done as I think that is primarily why we create what we create.  Do it for yourself first and foremost.

Just like writing.  I think we should write the novel for ourselves and then others will decide they want to read it because you've poured your heart into it and it bleeds out our strongest desires to create something so real and vivid.

Well, I'm going to get doing something else.  I told my daughter I would work some more on her scarf and then hmm....   maybe push in some writing time too.  There's hours left in the day so I guess we should all make the most of it and do the best we can to get things done or at least started.

After all, tomorrow is another day, said Scarlet. 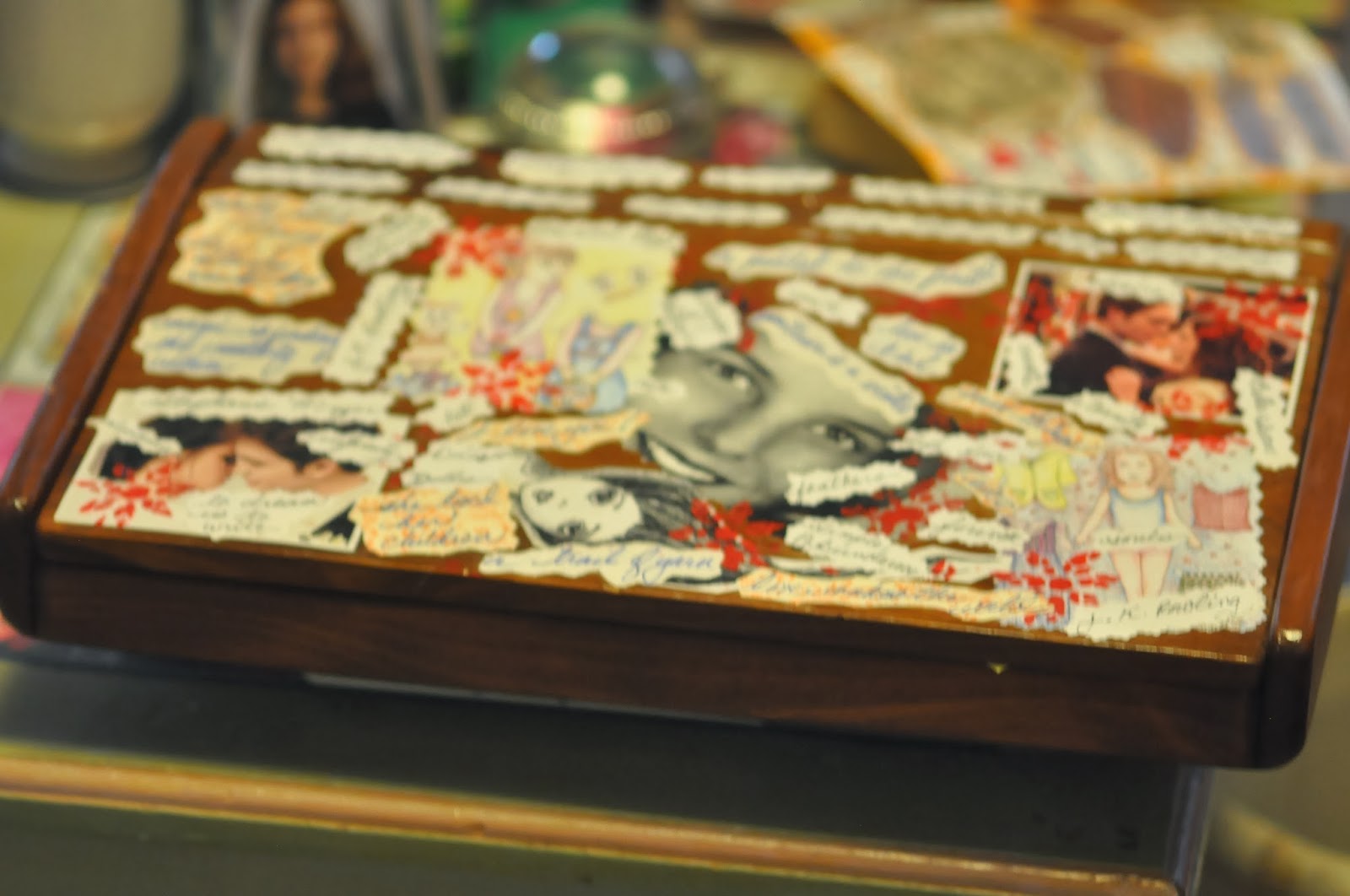 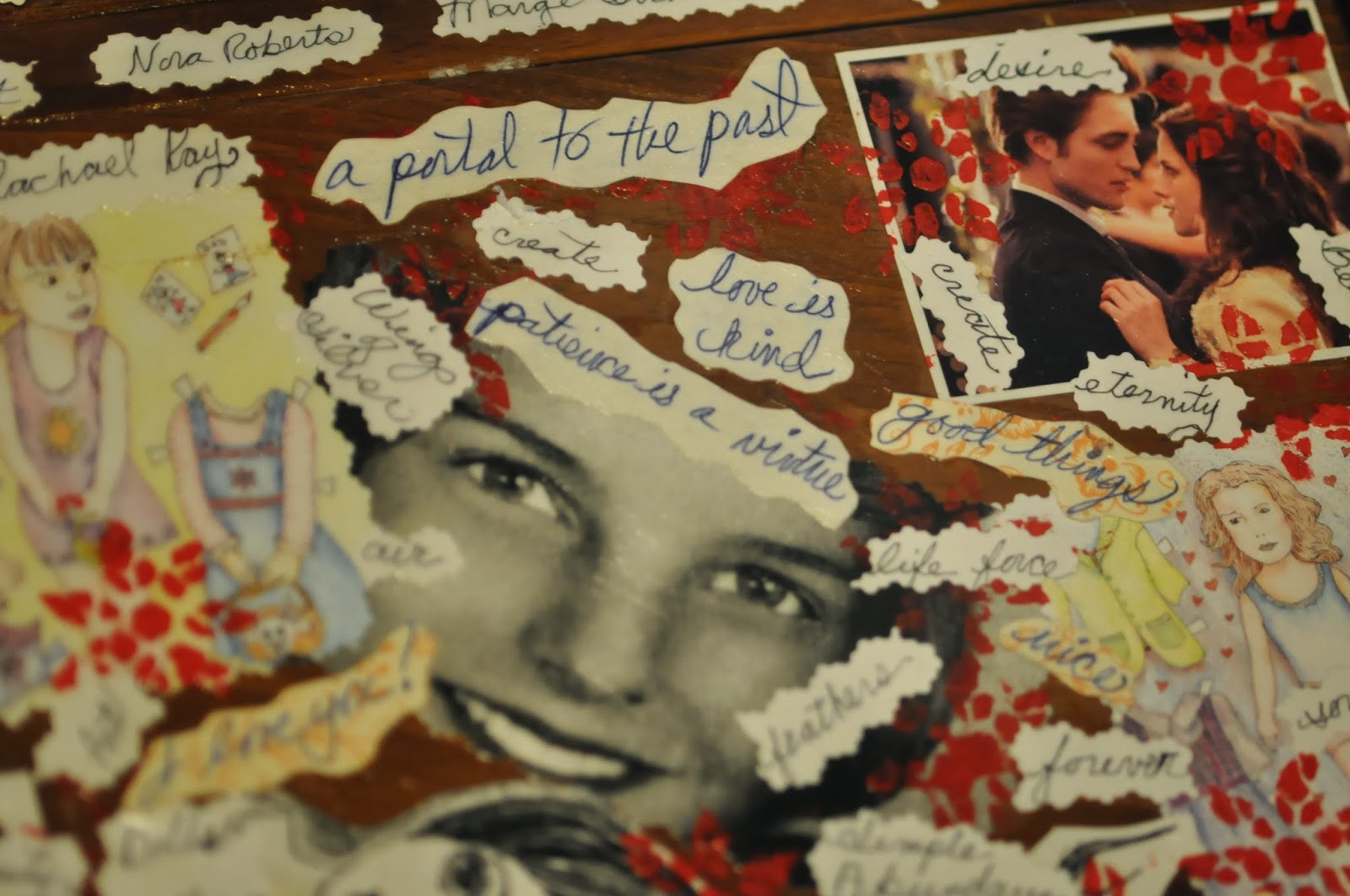 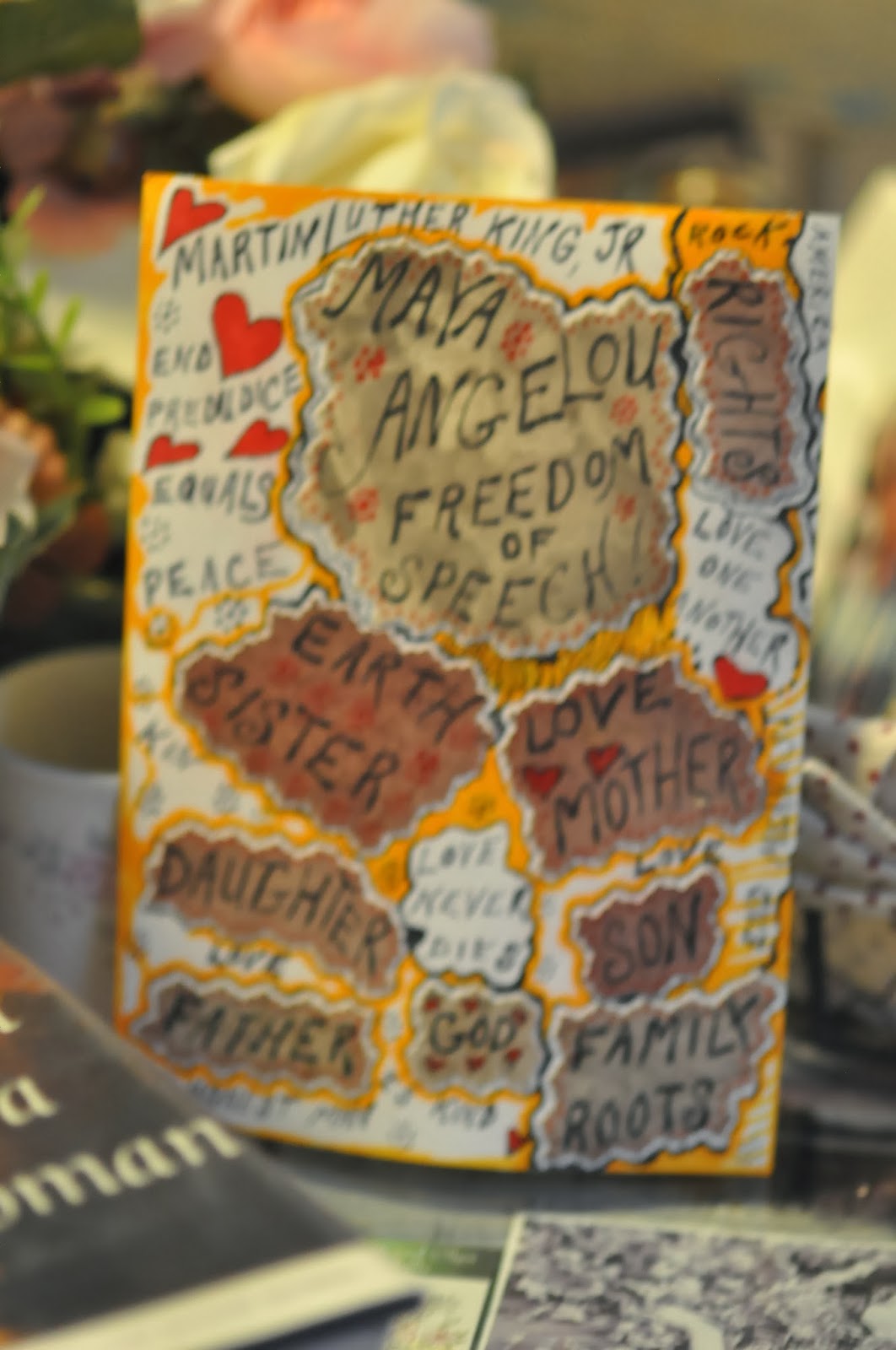 My fat bookmark.  To which I should try to finish reading her book too.  I'm almost halfway through it.  As you can see, it's warping a tiny bit.  I think I've used more of an archival sealer for this one.  The trick is not to put too much on at once and evenly spread it.  I'm even thinking maybe I will take my iron to it later on and see if that makes it even flatter around the edges.  To which I should sandwich a small layer of fabric in between so as not to wreck the artwork.

Here's the colors for Mollyanne's Rosalie School Scarf.   And the gray one below is my shawl for when I'm old and gray!!! 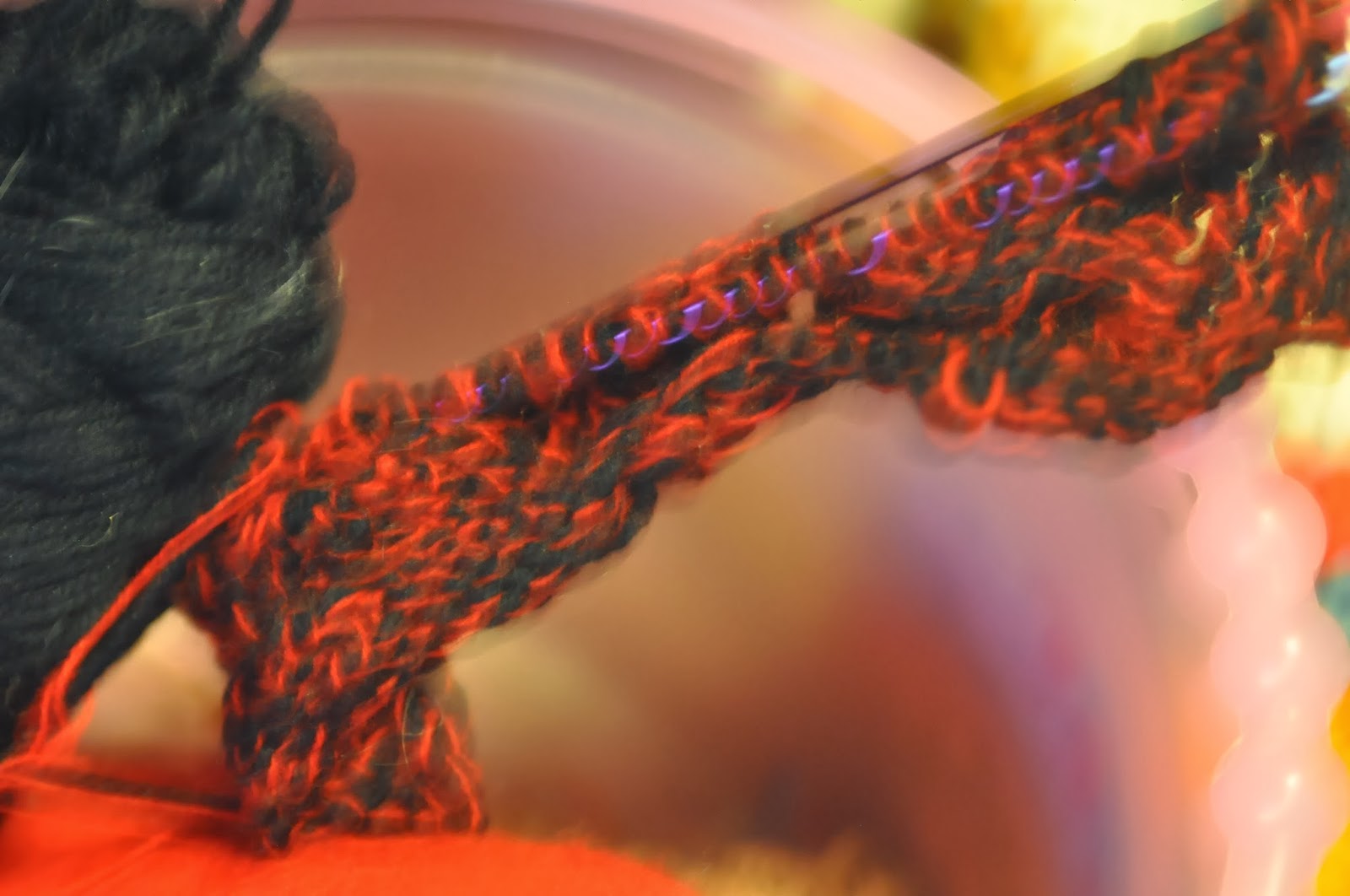 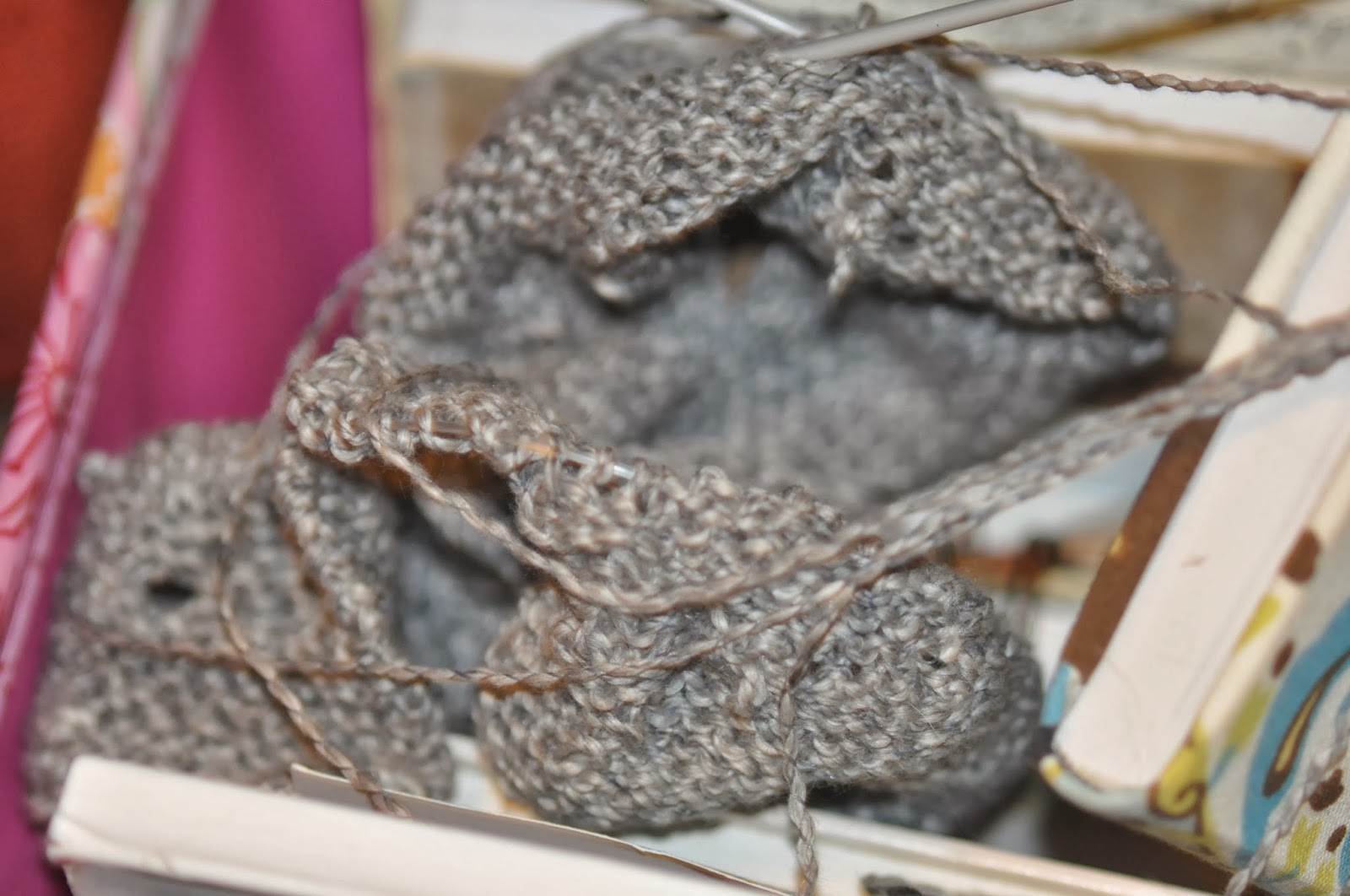 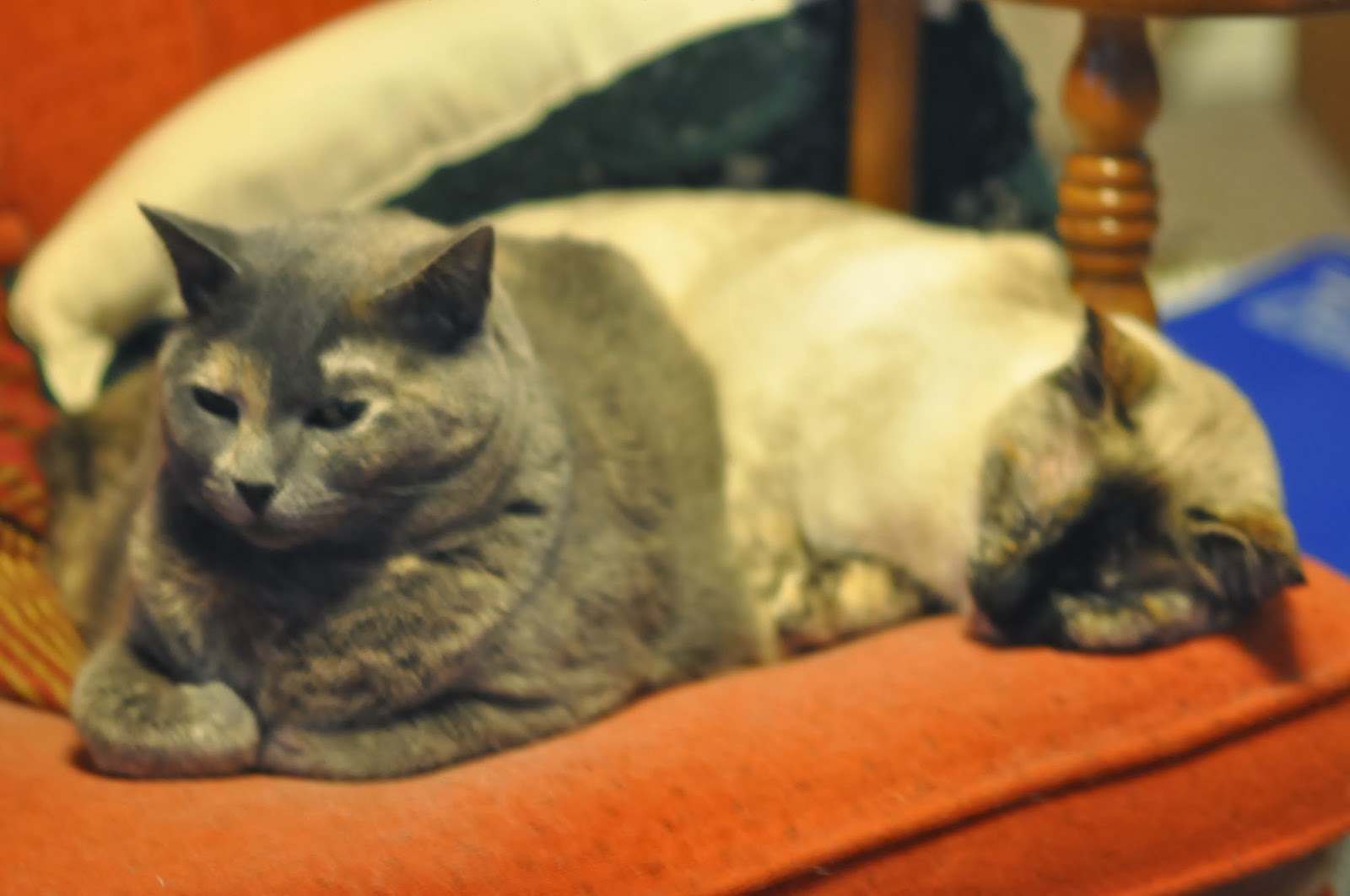 And the cats resting.  They're going to want some lap time in a little bit!!!
Posted by https://jenniferjofaypaperdolls/blogspot.com at 2:48 PM