Will the world end this year? Yes or no?

Back in the beginning of the year or perhaps at the end of last year the buzz started to spread virally that in winter solstice of 2012 it is going to be the end of the world.  And who are we to really believe that it's going to happen?
At first, I will admit that I was a little bit worried that it would.  I mean we really don't know yet, but do you honestly think and believe that these scientists and any other intelligent individual is going to really know for sure the exact date that the world is going to fade into the black and just burn up?
I was fearing you know, the lack of the Internet, no cars to where we want to go, the world burning up, not being able to be near my kids or my boyfriend and my family.  The risk of not knowing who is alive and who is dead.
Having to maybe walk for hours to get to where we want to be.  Perhaps with no food or drink.  Hunger setting in, lack of necessities and the whole nine yards.  No house to live under and be protected.  You know, out in the elements to fend for ourselves.
Here's the thing.  I kind of laughed when my oldest son told me it was going to happen.  Their plan was to get guns, sit on the roof and blow away the zombies and the aliens.  They could very well be waiting an eternity on that one.  Thank our lucky stars.
People have been telling us for many years that the world is going to end.  We don't know when but they've been telling us it's going to happen eventually.  We just don't know.  This has actually been going on for centuries.  It dates back a very long time to when our long ago ancestors told their people that the world would someday end.
It hasn't.  I remember growing up listening to my Mom and Dad talking about it in the seventies.  We were little at the time.  I think it might have been around that time somewhere when an asteroid fell and landed in the ocean or the sea.  It was on the news.  Mom said, "The world is going to change.  We may not see it in our lifetime, but you might."  I always remember that.  Mom will never see it as she did die.
But she did experience some of the subtle changes.  Weather climates changing, and things like that.  She experienced Y2K when we all thought our computers were going to get messed up and nothing ended up happening.
Remember how everyone was stocking up and being prepared for the worst?  I even drew a picture of my two sons when they were little with all these Y2K words on the side.  Sean and Jake were saying something like this.  We're ready for Y2K but Mom and Dad aren't.  Please make sure we have plenty of macaroni and cheese,spaghettios, lots of toys, books to read,,,,on and on.  I still have the drawing somewhere.  It will be classic when they see it years from now.
Then early this winter we start seeing commercials spreading news of the world ending later this year.  And of course the movie, Seeking a Friend for the End of the World with Steve Carrell and Kiera Knightley.  I haven't seen it yet.  Not sure if I will.
And I think once on the news some reporter blurted out something and told us to be prepared.  I didn't catch the whole thing but I guess we were warned.
Perhaps we should be stocking up our shelves anyway.  It probably wouldn't be a bad thing to do.  I wouldn't get too crazy and go hog wild like some people do when they panic the world is coming to a close.  You know, the ones you see on the talk shows who have a whole underground level under their home that is filled with food and anything they can think of that they are going to need.
We've heard about how there are some shelters underground, but they are only going to be for certain people.  Privileged people.  You know, the president, famous people, people of power, people who have the money to protect themselves like that.  Ways to clone themselves, preserve their bodies.
Of course all of us regular joes and janes aren't going to have any access to that.
It's good to kind of be prepared though in case anything did ever happen.  Save your money, make sure that you have extra food in the house, supplies to get you by and anything else that would be a necessity in a bad time.
What if we had World War III?  We don't know what would happen then.  Nuclear war?  That's another thing that could be very scary and could happen much quicker than this end of the world crap.
Sometimes, I swear those scientists don't really know what they are talking about.  It hasn't happened so it kind of makes them look a little foolish in our eyes and we start to stop believing what they told us.
And then we've got these religious people out there that really believe it.
I'm not the religious type and don't listen to a lot of it.
I do believe in God.  But I do not attend church.  I think as long as you have a heart and you believe in God, you will get your wings and entrance to heaven.  The one who goes to church vs. the ones who do not do not have any better a chance in going to heaven than the ones who do not.
And even the sinners end up going to Heaven. 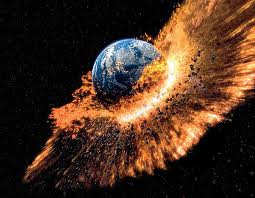 Posted by https://jenniferjofaypaperdolls/blogspot.com at 1:20 PM