Why it is Good to have Notebook by Your Bed 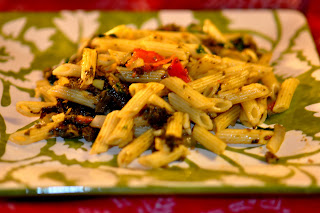 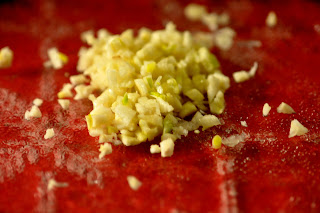 When your sleeping and you wake up with an awesome idea, don't you just love it?  I decided to sleep a little longer today.  I was always waking up at 5:30am and slowly getting ready to go to the kids house before they went to school.

Now that I'm not going to be doing that, and I am at my house during the day, I have been waking up at 6:30 or a little earlier.  Today I decided to sleep in until 7:30 am.  It's been a long time for that, and I probably needed my beauty sleep.

While I was just about to wake up, I thought up my last line of the novel, Five Women, One Man and started laughing.  All I can say is it could very well be a surprise ending to the novel and quite funny!  No revealing!

And of course the novel isn't even started.  I've got the title and a rough draft of a first page that I haven't typed in yet.  Later.  Not my priority at this point.

Made my second dish for the Soup, Pasta and Crackers book last night and was photographing the food and the process.  I think that later, I will start searching for other pretty dishes for the photographing etc...  other useful things for display.

I also want to go online later and read up on photographing food.

I texted my sister last night about this and told her to just call me, Julie and Julia.  She texted me back, Okay Julie and Julia, we're going to see Rise of the I'm forgetting the last part, Guardians?  It was funny.

Not sure what the next meal is going to be, but I'm going to type in the first two later today and work on what pictures I want to use.

I'm up to 148 in The Glorious Money Tree and got in a good amount yesterday, found a cousin out west on FB which was cool and discovered more library books to bring home and some movies.

I watched Take the Lead this morning which was really good.  Better than the two Netflix movies that I watched last night.  I think I've got to go into Netflix and push one I really want to watch at the top of the list.

Well, I guess not too much else right now.  I'm going to go on to the novel and the recipe book for the rest of the day.

And a trip somewhere to get my online fix.

Last night's delicious pasta!  And second in my book.  I think next time I make this I would use frozen spinach instead of canned, but it still tasted fine with that.  I think I am going to have the recipes go in order as to when I make them.  So probably next on the list should be a cracker recipe.

I probably should rearrange the kitchen to accommodate the lighting.

Posted by https://jenniferjofaypaperdolls/blogspot.com at 9:48 AM