Getting to Know Your New Laptop

Do any of you have a hard time getting around with your new laptops?  Sometimes I do.  I'm not sure yet the big difference between Windows 8 as compared to Windows 7.  I would probably say that it is faster, more secure and maybe easier to surf the net.

I'm still getting used to how my new laptop works.  It will take a while to figure out everything.  One thing I'm still looking for and I think every laptop must have it is the little scissor tool.  I learned my old laptop had it and it was late in the game as the thing fried, but I remember at one point finding the simple tool.

I've decided that I should be able to do it in Gimp.  I see the cutting tool right there and I'm sure in my photo software, I have it too.  Or the simple Paint that all computers come with must have it too.

Now thinking of software, I've learned a lesson the hard way is always save your serial code numbers.  I have for some, was able to get the serial codes online for some of my downloads, but I ended up having to throw out some of the software I had as there is no serial code anymore and cannot use it on the new laptop.  Oh, darn, just thought if I was to refurbish the old one, could have used them.  Oh well, already in the trash.

Anyway, we learn from our mistakes.  I'm going to take it as a good thing in the fact that the extra programs won't litter my new laptop as much and could make it last longer.

I've been spending this time to take care of some things with the laptop.  I will definitely be posting more soon.  I had six memory cards to upload, edit, send to my hard drive, zip etc...  and that was time consuming.

Not to mention the hours spent cleaning up my two email addresses that I use more than some others.  The others were just to protect my venting journals.  I hadn't cleaned up the emails in the main address for more than several months and now that I've got my own internet, I plan to keep on top of that and start going to more of the cool sites that I didn't always get to before.  And I mean, I spend several or more hours cleaning that.

Finally figured out how to upload all my pictures from the HTC tablet and now I can clean some of them off the HTC.  I'm going to leave a lot though I think I would use for collage stuff.  Thinking of that, I should figure out how to send some of the other photos created in the tablet that didn't get sent to the laptop.  You know ones from say PicSaypro or another app.

I started changing passwords and I just have hope that there will be no more hacking.  And if there's a way for them to get in, due to the culprit, I guess I can't help it.  I can't control them, but I can control me and just try to stop worrying as much.

Today, I was spending a good amount of time to gather all the venting notes from my HTC tablet to Evernote.  Then I combined them all into one on Evernote and had a hard time transferring the tablet notes to the file I had started on the venting.  I sent them to all my emails so they are protected there.  But wanted the HTC tablet notes all transferred to a new file.  I think that's what I'm going to end up doing.  But, today has been a saving day for the venting notes, and it made me feel better to at least get the beginning part of the venting notes protected with a woman of authority.  And she got an email letter with it as to why I need her to lock it up for me.

Protect it!!  In case someone thinks they someday have the right to erase the whole thing.  Oh, and a battered woman has every right to be calling Battered Woman.    Don't listen to the man!  Keep calling if you need to.  That's a protected record too.  They have to keep it all on file.

Same with the police station, all the statements a person writes and gives to them has to get documented and they have to save it.  I guess just hope there's no dirty cop there to erase it on you.  We all know that that can happen in the police force.  Most are good and do the right but there has got to be some not good mixed in sometimes.

So, what would that character of mine who secretly wears polka dot undies say?  "Crap, where did I put my smokes?  Oh, darn it, Rusticy threw it down the drain pipe!  Now how can I get my merry smokes back?  Ah, Mom's wire clothing hanger."

Just trying to get all my things organized before I get right into all the typing, writing at Triond is a must maybe today or tomorrow for sure.

My kids are excited to get their tree.  It's not up yet, but it's there.  I may pull out my little seven inch tree soon.  I told one of my girls I ought to make some ornaments.  Maybe find my little i-cord clothesline and hang it from one part of the room to the next and hang some cool stuff.  May be some fuel for cool photos.

I should go to Pinterest as well because it's been too long.  All in good time!  One thing at a time should and is the motto of many generations.  We can never do it all at once.  Like last night, I decided I wanted to have an earlier night as the evening before I found myself on my laptop until practically midnight.  I think I took one look at my HTC notes I had sent to Evernote yesterday from my kids house and I felt too overwhelmed.
This morning, I tackled it and made myself stay with it until I was done doing what I needed to do with that.

My dishes are calling my name too, saying "Clean me!". I foresee myself doing them soon.  But, it would take a while for me to run out of dishes!  However, the counter space would be crying out that there's no more room.

Blame the new laptop on that one!!!

Well, I guess I am done for the moment.  Time to figure out which site I'm going to next that still needs password changes.  That will take a while.  I think as long as I go to the ones I use more often should be the ones to really focus on.

Sorry, I'm drawing a blank on the actual date.  Got to find my datebook! 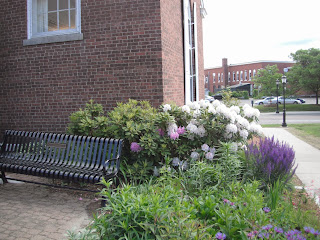 The local library I spent lots of time at using internet.  Just wish the internet had been more secure.  All public places should work on getting their wi fi more secure for their users.  Most users don't have to worry about being hacked, but you never know.  I just think the public should work on more secure internet for their users.  Fight hacking crime please.  Even when you get your secure internet, the Internet workers rattle off your password while getting you hooked up.  Thanks.  What if my jerk neighbor was downstairs listening into that?  He may have been, but I can't make myself worry about that. 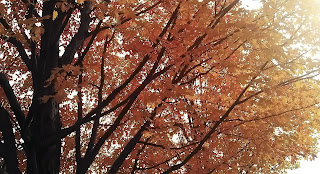 Looking at these two pictures wants to make us all go back to this weather when we know we are soon going to get that first blizzard.  I thought it was this weekend for our area, but maybe it isn't going to hit where I live.  I don't want to have to put on my boots!!


Posted by https://jenniferjofaypaperdolls/blogspot.com at 1:41 PM