The Fun of Writing a Fantasy Novel

The fun of writing a fantasy novel can be really sweet.  I was writing another post and published a few minutes ago thinking that this topic started slanting me away from what the other post was about.  Is it me or is it me?  Trying to get everything into that one particular post!!!  Blame that one on the fact that for the longest time I've been only online on certain days on that blasted insecure library wi fi.  Good for most, but not for me due to mean neighbors who thought I was their business.  Not okay, nameless on this blog, but not okay.

Finally, secure internet and the password here has been changed.  Wow!!  I can actually get a second post in and not have to worry that the library is going to close or I need to get home from my kids house or I've been loitering in MacDonald's too long!!!

I'm back!  Took a break, you know suppertime happens, called my beautiful kids.  One of them blew her nose a few times and I had to take a few minutes to understand what she was doing.  At first I thought it was one of her computer games or she was just doing something funny and then she explained she was blowing her nose.  It's hard when you aren't there to completely understand something one of them may be talking about.  It's not like you are right there to know what she is actually doing.  I don't like her putting me on speaker phone because it gets even more confusing to understand what she is doing if I'm hearing someone else in the background talking to at the same time.  Its like the twins talking in unison!!!  Well, not quite, but you get the picture.

Kids get the stereotype, we get to confuse Mom and Dad and have fun with Mommy because we are a kid and we are good at it.  Ha!!

So the fun of writing a fantasy is the fact that when you are writing, you get to make up so many things that in real life would never happen.  You are the creator of what the characters are and you can have it written anyway you want.  Its not like a regular smut book where there has to always be a heroine and a hero and they have to fall in love.  Well, you may still want some of that, but you can tweak things so that it's something perhaps someone would have never seen before.

Like maybe nobody has ever seen a canoe with legs made of stone and coins or rat traps.  Or a cat made of feathers.  I don't know, I'm pulling at strings.

And we can make the characters look so bizarre.  Maybe your character lives in ZippinEllanonna Land and has a nose shaped like a pelican beak or talks like Simba.  I don't know.

There has to be a good continuous flow to it.  You have to still make sure it seems real to your reader.  They have to think that they like what they are reading and think, yes, I like the thought of that scene and I can get a feel for what it would be like.  Okay, I'm good.

Your place would be your made up setting. 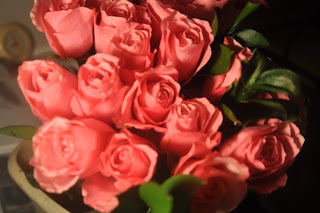 Posted by https://jenniferjofaypaperdolls/blogspot.com at 6:15 PM