Oh, To Be Well Educated

This way of life.  It becomes automatic that we know each new day is going to bring a new learning experience of some sort.  Like yesterday, I learned I was mispronouncing Pharaoh.  My oldest was quick to tell me the correct pronunciation.

Like the cleaning out of our clutter, in the fact we strive to find new ways to deal with our surroundings to make things less complicated.

What about branching out into the unknown?  Things you perhaps never knew about!  My son just got accepted to the college of his choice and is going to study Archaeology.  I've decided to take a keen interest in it as well so I can have more to talk about with him on the subject.

As I've been thinking of all that and mythology, I'm foreseeing that any of it could possibly crop up in some new novel of mine.  My son will branch off in his own direction and I will mine.  So, I've been just doing a little research into any aspect of Archaeology and it just seems like there are so many outlets for it.

I may take an interest in the Anasazi for which was a part of my Mother's interests.  She loved the Indians.  She went to New Mexico once, came back and said she had looked into a real Indian's eyes and she became fascinated with Indians.  She bought some postcards and a poster of an Indian painting.  And one year, I had framed a Georgia O'Keeffe poster of The Pueblos.

As writers, I believe we are inclined to be constantly researching ideas for our novels.  They can come from anywhere.  Even Ebay, I decided to research old antique bibles for some reason.  Oh, number one!  I've never read the bible all the way through!  So, a few nights ago, I pulled out my CHILDREN'S LIVING BIBLE.

To which, I bet it's very tame.  I'm not sure if I will read it all the way through, but anyway I started looking at antique bibles and sent a few into my Evernote just for research.  I'm sort of thinking maybe I could have a character that is going to collect them perchance.  Who knows.

Just saying, sometimes we just need to research any aspect of something.  Maybe you need to know about a certain place before you start creating your setting for your book.  You can't write a book based in Africa or Argentina if you do not know anything about it.

It's diving into the unknown that stirs us into pushing our boundaries as writers or artists and to become more educated is great.

The reason we need to get our constructive thinking by reading all the time.  I'm slowly gaining my book collection back with books I would like to read at some point.

I passed on Martha Stewart at Goodwill as I got Egyptians and another book instead, but she will be on my list.  I opened up to her Nancy Drew chapter and I would like to at some point read about her life starting out.

Who do you think you would be most like as a person, if you were to compare yourself to famous people.  My favorite has always been Katharine Hepburn, but when I learned she was a little careless at the world, that's where I would differ.

I've grown to try to be a really cautious driver.  Which is why I do not like texting while driving or talking on the phone very much.  Do not like to text at that point, have done it occasionally but don't like to.  I'm remembering a FB picture someone posted where the cops said they found his phone in the front seat and his head was in the back.

DO NOT TEXT AND DRIVE!!!

Finally got my knitted pile of things I want to sell photographed so that will be my next feat to list them on my Etsy shop.  jfaypaperdolls.etsy

Things to do, things to do.  Besides educating ourselves.  To keep ourselves educated makes us more aware of open doors, learning anything new that is going to help us evolve as a person.

Oh, and I had to learn something new last night, how to look up how much memory is in my phone.  I called my phone company as I had two very important phone texts, one to two people and somehow these two messages got deleted out of my phone.  Not by me at all.  So the girl walks me through how to check my memory and turns out that I have plenty of memory, so it's a mystery how those very important messages disappeared on me.

I resent it to the two people and then I documented what happened on paper as well, to make sure it got documented in a few places.  I'm sure they deleted it on their end, but I didn't like it got deleted out of my phone when I wanted them saved.

Oh, well.  Learned another important thing about how my phone works.

I'm going to try and be a night owl tonight and see how much I can get done!  Was doing those cabled headbands and a pink one has to end up being for my niece as I goofed and I feel I don't want to sell one where the cable pattern went awry.

That's why after you see this pile of knitting to sell, I immediately put it into a bag so my cats can't get to it and do some wreckage.

Oh, how many more days to the new year?  I'm gonna say three as I don't have a calendar handy.  I should hang one right above my laptop!  Perchance a Twilight one!  Me being the Twilight fan!  Yeaha!!!! 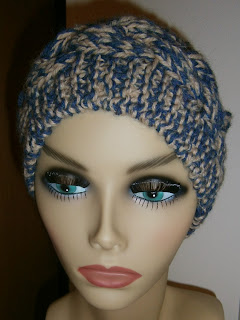 One of the most recent headbands from the cable pattern I am using.  And there's the cookies below that didn't hold their shape of course.  We didn't chill them long like you are supposed to do. 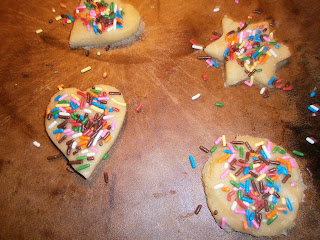 Here's the headband where I goofed on the pattern so my niece is gonna get lucky later this year.  My coconut and kiwi lotion my daughter gave me for Christmas, the torn up Prada pattern and a favorite pen.  It's cool to have some favorite pens you always want to reach for,  Oh, and the little basket that the rest of the bath products came in.  Makes a neat little container for the small knitting projects.  I'm foreseeing a lot of cabled headbands as I've got TONS OF YARN!!!

I'm not buying any more yarn unless I see some at Goodwill or Yardsales.  Work with what I've got!  I could go fifty years on what I've got most likely but as the old knitting motto goes, THERE IS ALWAYS ROOM FOR MORE YARN!!! 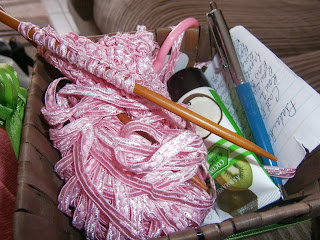 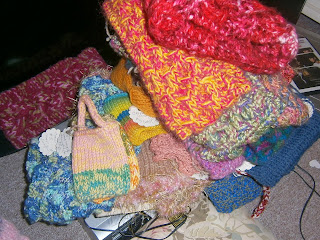 My hutch is littered with tea cups and stuff.  That's a high school picture of me light years ago!!! 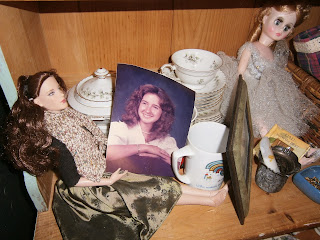 Ah......  THE NUTCRACKERS!!!!  Ha ha ha ha!!!!!!  They all are packed away as of yesterday.  My ex's girlfriend has packed all the Christmas stuff away and so have I with my small amount of Christmas decorations.  My seven inch tree and a Christmas bread loaf pan.  The little gift size ones. 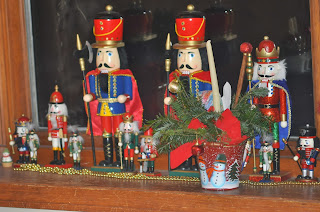 The Elf on the Shelf.  I had a silent laugh knowing my ex's girlfriend probably told him I put popcorn, rice, salt and some cereal nut clusters in with his present as I think he conveniently opened his present over the trash can in the kitchen.  He knew it had a little something extra in it!!!  Ha ha ha!!!!!!  Darn it!!!  I wanted to watch him open it and see it all fall on the floor!!!  Damn!!! 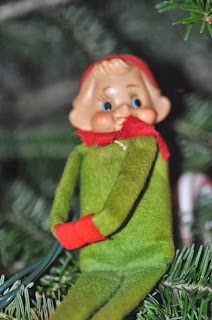 Below is a bunch of the things I've got to begin listing on Etsy.  As you can see I will be busy with this in a little while and hopefully can get it all listed within today and tomorrow.  And then to knit some more and to edit some more.

I did get started on the very first chapter of Lolita Lob it Off.  I didn't want to wait and I just got handwriting the chapter.  It's not the one I should focus on at the moment, but I just decided to get a beginning established.

When we go to write, we just let it pour out. 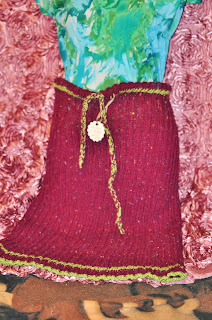 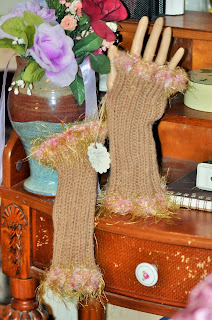 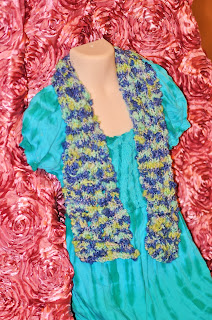 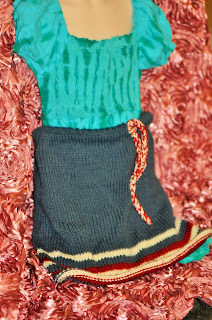 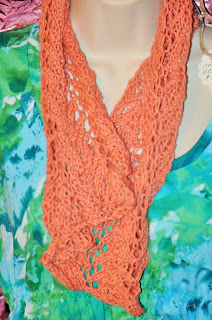 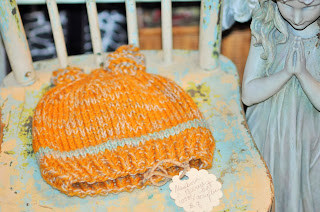 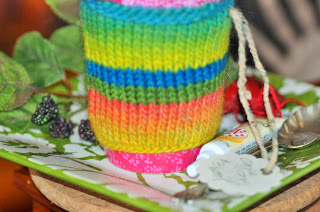 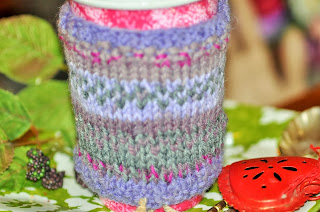 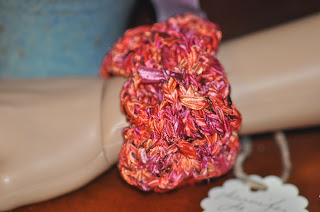 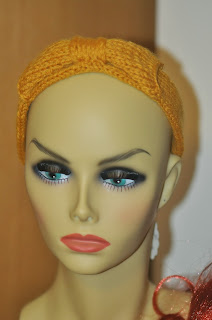 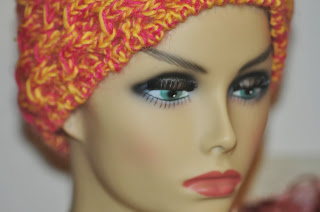 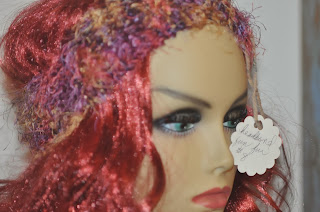 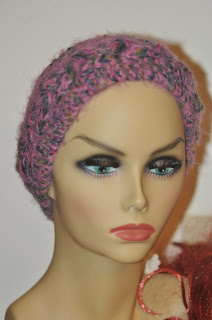 Posted by https://jenniferjofaypaperdolls/blogspot.com at 12:13 PM