Winter Solstice 2012 End of the World?

Okay, I wasn't aware that this was coming.  The end of the world?  Haven't people been talking about this for many years?

I was on my computer a few days ago and my sixteen year old son came home from school.  We started chatting.  Then he said, "Mom, the end of the world is coming next year."
I laughed and then went on to talk about Y2K and how everyone thought that the computers were going to stop and people would lose everything.  So people went in and did backups for nothing.

He went on to say that "Really, Mom, the world is going to end next year.  The scientists have been saying it, and it's going to happen on Winter Solstice of next year.  The sun is going to change."
I still laughed.
"Laugh it up, Mom.  It's going to happen.  It's just a matter of when."
Then he told me that he and his friends are going to get some guns, sit on the roof and blow away all the aliens and zombies.  Here I'm thinking, "Good Luck with that."  Kids are funny.

But all joking aside, it is a serious thing.  As I was talking to my boyfriend about it, he told me that it states in the bible that the world is going to burn up.  All I can say is I hope it is quick.

Another writer published an article about the newest Pirates of the Carribean movie #5 that is set to be filmed and out in 2013.  She stated if the end of the world doesn't happen.  So, people are thinking about it.

And we all are aware that it is supposed to happen someday.  We just don't know when.  Already our world's climate is changing.  We can all see and feel the effects of that.  The world is changing.  We rely heavily on the internet for our jobs and everything.  We need our cars to get around town, to our jobs, family, travel to other states to see some.

Okay, now what if the world did burn up?  What if things changed, but we are left alive to fend for ourselves?  Maybe we should start preparing ourselves.  One way us artists and writers should start thinking is preparing backups of all our stuff that we keep on the computer.  Maybe we should be printing things out that we care about, so that we have a hard copy of things that aren't on the computer.  It's probably a good thing to do from time to time anyway, just incase things happen.  Say your computer crashes, for one thing.
Back-ups are good.

Some people never do a back up and when something happens, they suddenly don't have anything and are crying because it is all gone down the perpetual drain.  It's in the sewer and you're not getting it back.

And what if the end of the world really happens?  We should be prepared for it.  Maybe we're all destined to die.  Who knows.  Honestly, I hope it never happens in our life time.  They expected it to happen this last summer and we're still here.

And what if we don't die?  How will we fend for ourselves?  What if we lose all electricity?  No more computers, phones, no working cars, no jobs, because suddenly nobody will have any money for stuff and money will be something of the past.

And what if all that went away, and we are far away from our loved ones?  You know what we will be doing?  We will be walking everywhere to see if our family members are still alive.  That could take a long time.  Look on the bright side, we will shed our pounds for sure.  But then, maybe our food will disappear.

Maybe it might be a good idea to start stocking up for a rainy day, just in case things get crazy and people start panicking.  And you know if there is a panick, people will be taking all their money out of the bank.  Who knows what would happen if there was a worldwide panic.  I don't think I would want to know what would happen.  Death for sure.

What if some places burn up and we are left homeless.  All the things that we possess could be gone and we have just our memories.

Maybe we should really concentrating on doing all that we want to set out to do.  Don't put it off for tomorrow or the distant future.  What if the future isn't in our cards?  What if we are going to no longer exist?  We should make every moment count, as if it was our last day.  And then if we get lucky and the world's end is lightyears away, then we still have everything that we could want in life.

Those are nice thoughts.  So let's pray that Winter Solstice 2012 isn't going to be it.  When you think of it, it isn't a lot of time left, if it really is the case.

And that means that people all over the world, young and old, married, dating, babies, etc.. will all meet the end whether we like it or not.

My daughter the other day said, "I would be the youngest in my family to die."

I told her I hope it never happens. 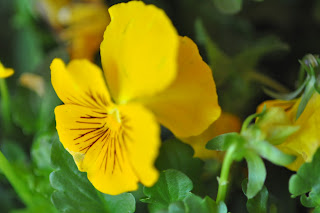 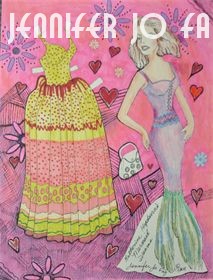 Posted by https://jenniferjofaypaperdolls/blogspot.com at 11:57 AM