Well, now that my kids are back, I am back to sharing my laptop with them.

I did enjoy my week without them though.  That was fun.  I enjoyed watching a whole season of the new Dallas show and I will have to rent the second season.  Looks like we have to wait until January for the new season to start.  I remember watching that show years ago every Friday night and was glad that they kept the same theme song!

Then on Friday, I drove down to my boyfriend's and we camped for the weekend and I came back on Monday and saw the kids again.  Julia got to have my laptop while I was gone.  We camped next to a big car show and walked over to see it.  Mostly car stuff of all sorts, but I was surprised to see some old Toni dolls (way too expensive) and a craft show section.  They've got to have something for the women.  So I ended up finding a few things I wanted.  I bought a cool pizza weaving kit and finished a little woven trivet over the weekend and worked on my yo yo circles.

I had cut the circles out all week and then started sewing them.  I also finished one of my knitted honeycomb cabled bracelets and started a few other knitted bangles.  But I mostly worked on the yo yo circles and now have more than half a large ziploc bag filled with finished yo yo's.

Monday night, the kids and my cats were excited to see me.  My kids had a fun time camping and visiting with their cousins.  Sean and Julia went fishing in the ocean and Sean caught a good sized fish and Julia caught a bunch.  They also saw a skunk.

My cats are also happy to have me back.  I felt a little guilty leaving them more while I was on vacation, but they were okay.  And last night they got a few new toy treats and got spoiled with some new food treats.  I enjoy treating them to the wet food at night.

Yesterday, at the kids house, I let Julia have my laptop for most of the day and I worked on my fabric bracelets.  I had cut up a bunch of tubes and started sewing them.

I also decided to sew some of the bracelet strips as headbands using two different colored strips so that it will be reversible.  Later on, I will sew them to a black elastic band.

So, today, I will be finishing up on my pile of bracelet strips to sew and then push them through to the right side of the fabric.  That takes a little while to pull it through with your fingers.  I should see if there is an easier way to do it.

With sewing in the elastic band, I always attach a safety pin to it and pull it through.  I like using one I used to use on Sean (the cloth diaper baby for about five months).

Once the bracelets are sewn up, I think I will start sewing my photography quilt.  That shouldn't take too long.  I bet I can get it sewn up in one day as the pieces are large.

Well, I will put this post on hold for now as I've got to take the pictures of my crafting to go with it and I've got to take my Ebay pictures for new outfits I found at my apartment to list.  I went through things I didn't wear all summer and later today or tomorrow, they are getting listed.

Julia did my nails yesterday and my toenails and ended up getting $4.00.  Inflation!  It used to be $1 for the hands and $1 for the feet.  Had to up it to $2.00 to get them to do it again.  Then she wanted me to take her to the store for some Black Molly fish.  And today she was asking to do my nails again.  Ha ha.  I'm letting her, but she knows that I can't give her the money for a short bit, so I owe her $$$.  I told her I'll give her an extra dollar if she wants to do designs.  Easy money!!!

And I'm managing this extra post today and need to list my stuff on Ebay, then Julia gets the laptop back for the rest of the day while I craft. 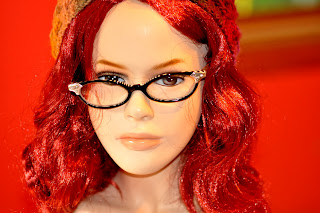 A new Avengers wig for my mannequin, which means I may either by Avengers or Snooki for Halloween with a combo of something else. 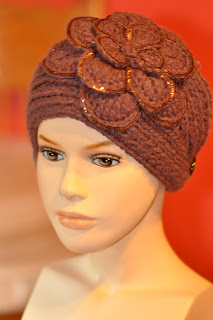 Two pretty headbands I am going to list on Ebay.  I didn't make these ones but would like to try to make them sometime. 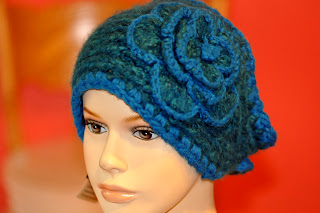 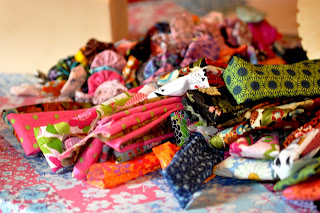 My pile of bracelet tubes I whipped up yesterday.  I think I did about 22 of them.  A bunch are a little thicker and reversible and will be the headbands. 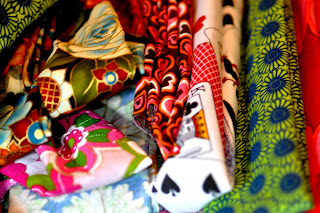 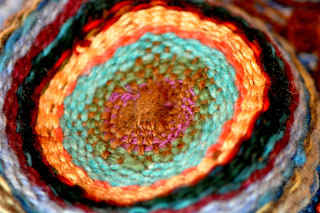 My trivet I wove over the weekend on my new pizza weaving kit.  I am going to find a thick piece of pillow fabric for the backing as I think it needs something else to it to make it look like a nice trivet. 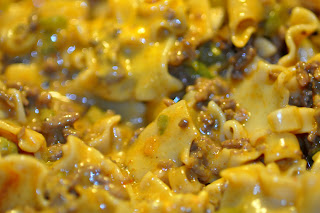 Today's food.  It's one of those hamburger helper meals with nacho cheese and salsa with nacho spice and I added the green peppers. 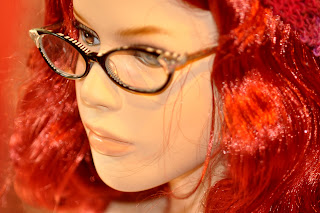 Mannequin with my reading glasses on her. 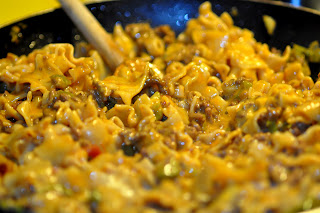 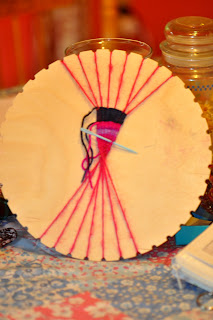 The pizza weaving kit.  For the trivet you use every section of it and work in the round in an over and under pattern.  Then when you are done, you cut two strings at a time and tie them together. 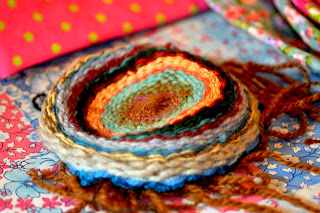 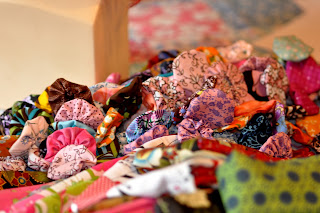 My yo yo circle pile is getting bigger.  This is just some of them.  My large ziploc bag is almost full.


Posted by https://jenniferjofaypaperdolls/blogspot.com at 11:23 AM

Email ThisBlogThis!Share to TwitterShare to FacebookShare to Pinterest
Labels: bracelets, crafting, sewing, vacation, yo yo circles, yo yo quilt