Should You Publish Something if it's Going to Cause Harm?

So you've written a masterpiece whether it be a novel of fiction or a non fiction book.  You know you want to publish it, but then in the back of your mind you are wondering if you should or not.

If it is simply fiction and nothing more, you should be fine to go ahead and publish.  And same for non fiction, in most cases it is okay to publish it.

But there are times and circumstances where you might want to stop and think if it is okay to go forward with getting your book in print.

If it is going to cause harm, defamation of character and be destructive to someone or their place of work or harm to a company, then no you can't go ahead and print it.  You can write it for yourself if you just want to vent and get it off your chest, but you can't publish it.  You will get in trouble.  You can even print it into type for yourself if you want.  Who knows, maybe there is a place where you can get a nice cover in a book form without going the distance of publishing it and getting it out to the public.  Maybe there is a way to privately have someone print it up just for you.

Or if you are going to write say a piece of fiction but you want to include something from real life that maybe happened to you or someone you know, then you can do it.  But you will need to change things around so it is not going to hurt the people involved in your incidence.

Take my The Thief Who Wouldn't Learn novel that I am writing.  It's on this blog further back.  I just haven't gotten back to write new chapters for that one in a while.  It's very loosely based on a little girl who stole 21 bottles of my good expensive nail polish.  Well, in my novel I've changed things around and the whole family are thieves.  And the little girl in my story ends up stealing 21 lipsticks instead.  Changed their hair colors, their names etc...    And lots of things happen in the novel that just didn't happen in real life.  So, I am fine to continue writing my story and publish it someday when I am ready to do so.

And there is something else I wrote by hand back in 2010 that I haven't typed up yet.  It's my biography of my separation and the whole mess that happened with it.  In it I describe my point of view and the cruelty of being falsely and wrongly diagnosed with Skitzophrenia.  It states all the facts that everyone overlooked.  The biggest one is the confession from my neighbor that indeed he was talking about me and I could hear him.  And it will also state all the facts of being 2-3 yards away every week listening in on him talking about me while I was at the grocery store listening to him talk about me, my kids, my ex and instances going on at my house.  Why would I hear him talking about them if he didn't know.  He knew and he confessed.  And also in it will be all the dirty nasty stuff that my ex did to me.  It's a known fact between my family and friends that he did indeed batter me.  Emotional abuse in which he manipulated me and tried to alter my reality.  For which he was a mastermind manipulater and got away with it in court.  And he lied in court and lied to my face and later in the day when I brought it up to our marriage counselor he would lie.  She didn't know of course, but I did.

Which brings me now to reasons why I might not publish this biography someday.  I haven't decided.  I have told myself right from the start that my children can't read it until after I am dead.  Number one:  I can't pitt them against their father.  That wouldn't be right.

Number two:  If I was to someday publish it, I don't want it to cause any hurtful feelings.  I don't want my children feeling any anger towards me when I'm up in heaven, because I was to publish something that would put their Dad in a bad light.  It definitely would.  It would expose him for the things that he did.  But, I'm thinking it wouldn't put him in a totally bad light as I would also be pointing out all the good times we did have.  It wasn't all bad for a long time.  It wouldn't extremely trash him.  I think I would point out right in the beginning that we're all human and things just happened to happen the way it did, but we move on.

I've moved on and have closed that chapter and my doctor has taken the skitzophrenia off my record.  It was wrongly done and I was very angered by it for a long time.

So the only thing left to do before I completely close that chapter of my life is to finish typing it up and editing it to completely finish the whole thing so I have a written document of what really happened during that time.  Because right now, Daddy has told the children that Mommy was dreaming.  For which I was wide awake to know the 100% facts.  Which just so happened to be a he said/she said and it couldn't be proved in court.  Because the majority of cases you can't prove a he said/she said because someone is always lying.

But I do need to finish the biography at least for my children.  They need to someday each get a typed up copy written especially for them so that they someday know my side of the story.  It was a very long and involved one, but true.  People just didn't want to believe it for a while because it was long and involved and they couldn't believe that my fun ex could do such a thing.  But they smartened up and my father told them that you do not know what goes on behind a closed door.

I think my children need to know my side of the story too and then they can then decide for themselves as adults what they want to believe.  And by then I will be dead in heaven and they can choose to throw it out or do whatever.  I think one of my daughters could take her father's side.  She got kind of angry once when I told her once that I wasn't dreaming and Daddy lied.  Of course she got angry.  But whether she gets angry or not after I am dead, she needs to know both sides of the coin.

But to publish my novel probably would not be okay to do.  It's possible that my ex could die before me.  He's older, but it wouldn't be right on my part to publish it.  However, I would like to see it in print with a nice cover.  Maybe when I'm ready to do something about it, I can find a private place to do it.  Maybe I can contact Createspace and see if I am able to get a book in print just for myself and my kids.  I think I would like to do that.  I like to have the books end up with a nice cover and in book form.

But anyway, should you decide to publish something that could be potentially hazardess to a person, place or thing, you need to figure in all the pitfalls of what would be your results before you move forward with something.

But, anyway for me, I do need to finish the biography.  It's the final chapter in my complete closure.  I've gotten closure with everything else, but this is the last thing I need to do.  Not so much for closure, but it needs to be finished more for my children.

And I'm sure from time to time, little bits of pieces of certain things could show up in a future fiction novel of mine.  I researched skitzophrenia quite a while ago and it really doesn't apply to me.  In most cases it is a lifelong disease once you get it and you become disabled and lots of other harmful things.  And for me it is truly funny how everything completely ended after the relationship and situation was over.  Plus I have lots of facts and proof that I wasn't.

But, in a future fiction piece it could be interesting to write about someone who truly does have skitzophrenia.  Maybe there could be a mystery involved with it where she goes and murders someone and can't remember doing it because it was one of her imaginary egos that did it.  hmmm.... food for thought.

Well, I should get going.  Julia wants the laptop and I've been on for a while.  I was sleeping over last night and I woke up close to 1pm from coughing and looked over and I could see her sitting up with Goldfish crackers in hand and she was snacking and munching!  And I could hear Sean and his friend laughing downstairs.  Probably watching something that tickled their funny bones.

And Mollyanne has been wanting me to tickle her all day.  She kept wanting me to continue, but she had to know that Mom's fingers were getting tired and needed to do some sewing and cutting out my fabric pieces. 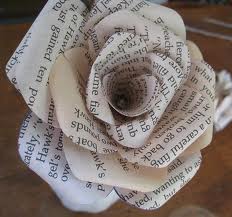 This would be fun to make sometime.  It looks really pretty.
Posted by https://jenniferjofaypaperdolls/blogspot.com at 5:49 AM