West Nile Virus and Why we should take precautions

This West Nile Virus seems to have been around for quite a while.  It's not really new stuff, but what is new is that right now it is starting to spread and is becoming perhaps a wider threat.

Just today airplanes have been spraying over various parts of Texas and other parts of the United States.

What did they say this morning that there have been about 40-50 deaths due to this deadly disease in the States?  I think it was around there somewhere.

So, if you went camping or anywhere that you were going to be outdoors this summer, I hope that you used your Deet if the bugs were out.  You just never know when you will next be the one to contract the disease.

They are trying to control it, but they can never get every single mosquito.  I hate those.  I used to hate it when I was in my garden towards dusk and they would bite me so bad.

Now, I think I would be making sure that I take precautions.  I don't want to wind up in a hospital due to a little pesky bug.

It's quite scary that these mosquitos can contract the disease from birds and then give it to people and start killing off our population.

It would be a good incentive to swat any mosquito that lands on you before it decides to sink into your flesh.

It's awful that we have to watch out for everything.  We had the flesh eating disease that simply sounded awful and I am so glad I never got that one.

And there are so many others out there that doctor's and scientists just don't have a cure for yet.  I wish they could find one for all forms of cancer so that there would be many more birthdays.  It's a shame that so many millions of people don't ever get to blow out more candles. 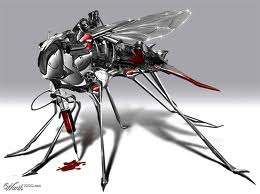 Posted by https://jenniferjofaypaperdolls/blogspot.com at 1:10 PM