The Missing Curriers. Will they be found? 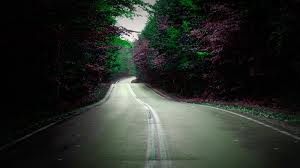 As a local citizen of Vermont and a curious and concerned person wanting a mystery solved I decided to look more in depth at what has happened so far in the case.

They went missing on June 8th on a Wednesday evening.  Officers were guessing that they were at home up until about 7pm.  They left all their medications.  They lived in a quiet neighborhood not too far away from where I used to live years ago with my first two children.  We used to take stroller rides right near their neighborhood.

They left everything that they would possibly take on a trip, and a window from an interior door connected to the garage was smashed, which immediately suggests foul play and a break in or burglary.  And a burglary was suggested and that was also being looked into.  My question was the burglary done on that evening?  That would be my guess.  Or rather should we just say break in with ulterior motives?  And items of course taken in the process.

As I researched, I found out that Lorraine had a leg injury (ankle, I think).  She was described in a missing persons info that one leg was shorter than the other because of the injury.  She had brown hair and brown eyes.  She needed medicine for an undisclosed medical condition.

And William suffered from diabetes and needed his insulin medicine.  And I decided to read up on that.  My dad also suffers from diabetes so I thought it would be good for me to get info for that reason too.  If they stop taking their medication, a coma or death, blindness and other symptoms can occur.  Which means that it cannot be a good thing at all if he wasn't taking his medicine.

And I'm not sure what would happen if she wasn't to take hers, as we do not know what her condition would be.

And as I kept reading, I was surprised to read that one of her close friends had been confided in by Lorraine that some guy was harassing her and almost stalking her.  But she never mentioned to her friend what the guy's name was.

So suddenly, here I am thinking is that there is a motive.  A personal reason why someone stalking her would want to break in and harm her and her husband.  It all just kind of fits.  I mean, I was figuring that there has to be someone they know that is connected to why they are missing.  Someone that is involved with them.

And with this long haired man that seems to probably be their person of interest, I am going to safely guess that he is probably most likely the guy who was stalking her and the cause of their disappearance.  Why would he be seen the next day driving around town in their car?  Driving past Rite Aid and the Dollar Store which have been some of my places to go shopping.

It feels alarming to know that something terrible has happened in our quite neighborhoods and towns.

And the couple had recently purchased a gun last year that was missing along with other missing items.

The most important objects that are in the case are blacked out along with the person of interest that they got fingerprints, palm prints and other prints from is also blacked out.  The person of interest is a suspect in the break in.  And my guess would be as good as yours that it is the man with the long hair and most definitely the man who harassed and stalked her before she went missing.

So what happened that evening?  Break in for sure.  I read that there was blood and fingerprints.  But does that suggest that they were murdered there?  I don't know.  It hasn't been revealed what was found that has significance in the case.

And they lived near woods.  There were also searches being done across from the Ethan Allen area.  In wooded and swamp areas.  I've never been down there, but drive by that area all the time.

Now, this man stalking her.  Was his intent to kill her all along?  Was he hoping that her husband wouldn't be there?  Or did he know they both would be there and did he just want to do them in?  The sign that he was harassing her tells me that it is personal motives for killing.  And he must have figured he was going to kill them right off the bat as they weren't going to even have time to have their medicine.  And where he was seen the very next day driving around town in their car, means that he must have acted pretty quickly.  I'm figuring it must have happened quick.

Or was he driving around town in need of tools or supplies to hide his evil work?  Did he stop into the hardware store for something?  In need of cement?  Or some other tool to hide important evidence?

They always have to work hard to cover all their tracks.  Not to leave any sort of trace of what they have done.  Crime committed, that must surely be engraved and etched inside their evil minds.  What drives them to do it?  Why do men stalk women?  What is the satisfaction in it?  And if a boyfriend or husband is in the way, what justifies him to end the man?

And how did he get rid of them?  It began at the Couriers home, but it surely didn't end there.  Maybe he knocked them out there.  Possibly killed them there.  We can't rule it out.  In the dark of night, he tossed them in their car and drove them to a really quiet place where he could quietly think about covering his tracks after he killed them.

The stone house, abandoned and decrepit on the side of route 15.  Unkempt grasses, a dirt driveway with two kind of tall stone pillars at the beginning of the drive.  Quietly drove the car behind the abandoned house and brought them in.  Either he buried them there or killed them there.  Left evidence and tried to hide it.

And thinking of the demolished house, last June when they went missing, it was still intact.  Perhaps there is clothing, or fingerprints, footprints there.  Or other remains of something that makes them now want to tear up the dump in Coventry to find out more.  Or did they find the missing gun?  Did the stalker smoke?  Did he leave behind a cigarette?  A footprint with a certain size shoe?  Certain brand?

Just my curious mind travelling.  I'm a writer of mysteries, so my imagination can just about run wild.

How long was he stalking her?  Did he work with her?  Or did he know someone that worked with her?

What happened in that demolished house?  How long did they have?  How much time was left for them?  It's just not fair.  It has got to be fate.

A person just happens to be in a certain place at just the right time.  Things happen and you can't stop it one bit.  No matter how much you try.

And she just so happened to catch the eye of him.  That bad guy lurking in the shadows.

Maybe she didn't know he was bad in the beginning.  She must have done something to attract his attention. A guy just doesn't start stalking you for no reason.  They have a reason why they want to stalk you.  Usually it's because you are pretty.  You have the outfit that says, "Come get me."  Maybe they like that you seem to be a really nice girl.  And they usually want to stalk the nice ones.  And the gullible ones.

Maybe she did something.  Even a simple act of kindness.  Even that could get someone to want to stalk.

And by looking at her picture, she was pretty.  Not all out gorgeous, but just that pretty girl that is kind and the girl next door.  The family girl.  The girl that is nice to everyone she meets.  And just by looking at her, she looks vaguely familiar, like I've seen her somewhere before.  After all, we lived in practically the same town.  I am thinking that perhaps I could have possibly been to a yard sale before.  Something like that.

But, anyway, I'm just a concerned citizen who wants closure for the family, neighbors and people that knew her.  And also closure for the towns who want an end to the quiet disappearance of two kind people.  I've never met them in person, as far as I know. Unless a passerby in a store.  We never know when we cross paths with someone.  But looking at their picture, if they were here and alive, I'm sure that they would be kind people.

People miss them and want an end to this.

We have faith in our local police that they will do the right thing to bring a killer to justice.


Posted by https://jenniferjofaypaperdolls/blogspot.com at 2:50 PM