Do you often wonder about Facebook and Twitter?  How effective are they really?  I'm not sure about Twitter.  Yes, I have close to three hundred or more followers, but are they actually reading my stuff?  I can't honestly tell you that they are.

For one thing, I haven't been tweeting stuff on Twitter all the time.  Maybe I should be doing that more often to see if it becomes effective and works.  I was going to Traffup and getting Twitter users following me, and then I kind of stopped going there.  Maybe I need to go there more often too or to You Like Hits.  I noticed that when I went to You Like Hits this week and got some more points I suddenly started to see new followers in Digg.  But when I stopped going to You Like Hits, the digg followers did stop.

The thing I was doing was after I wrote a post each day on Blogger, I would go to facebook for a little while each morning and facebook it on different walls.  I would usually concentrate on one of my posts each day.  I would facebook it on Ellen, The Talk, NBC, Today show, Oprah, etc....
And yesterday, I was finding some of my friends.  After a little bit, facebook told me I couldn't get any more friends that day.

Facebook seems to be quite strict.  When you are searching for people or places, you can only do so many searches and then they tell you you can't search anymore that day.  So I decided to just click like on them and I would facebook on their walls without searching.

Finally, today, I got Facebook telling me that I can't post on anyone's walls for 15 days as they were calling me spammy and irrelevant.

According to me, I was just facebooking my info about my post that is not spammy.  It's just a personal blog that wants more readers reading.  It's not selling them anything.  So, they have threatened me that after fifteen days, if I do it again, my account could be disabled.
Of course, I will want to be careful not to do it again or see if I can maybe post on one or two places once in a while.  I don't want to have my account disabled as I like it also for family and friends of course.  I would be upset if I couldn't correspond with them.
Which brings me to the conclusion, what is facebook good for?  If they won't let you post on peoples walls.  We all know that people all over the world want to gain readers to their blogs and their websites.  And many of us are on a budget and have been using facebook and twitter for this.

I will tell you this.  Facebook did attract readers to my blog.  It worked.  Yet, I think Facebook just wants you to pay them to advertise.  They probably don't like you advertising for free, but IF YOU PAY THEM, they don't mind at all.
A lot of these places don't mind if you post on their wall, but it's facebook that won't let you share with others.

It's not like I was selling a product and wanting people to pay me for something.  I was just wanting more readers to my blog.
Which brings me to another thought.  Where else can you advertise for free if Twitter doesn't work and Facebook won't let you do it?  I'm not sure how much Pinterest works in advertising.  I don't see any traffic to my blogs from Pinterest.  At least not yet.
Does anybody have any tips for this?  I'm down and out in Vermont trying to figure out where to get traffic to my blog now if I can't now get it from Facebook.  I don't want my account terminated, so I'm going to be a good girl and hardly post.  But I would like to post on Ellen, The Talk, The Today Show and maybe Oprah.  I would think that facebook would allow us to post on at least a few places.
Jennifer Jo Fay 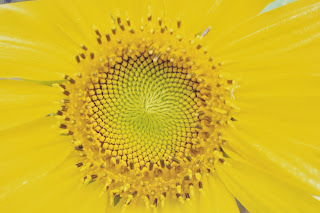 We're all sunflowers that just want to be heard.  How can we do this on a budget if we are told we can't?  I don't get it.  And many of us blog just to have our stuff be read.  Nothing more.
Posted by https://jenniferjofaypaperdolls/blogspot.com at 1:32 PM