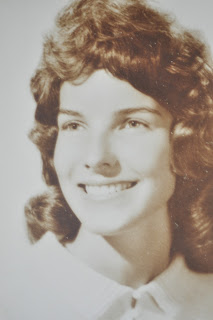 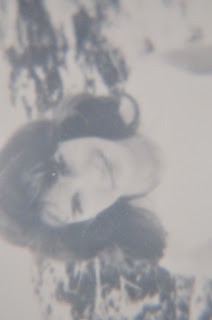 My mom was born, Cheryl Ann Hutchins.  She liked to spell her middle name with an e at the end.  My uncle Gary, her older brother called her Sharyl.  She was the youngest of four kids and they all grew up in a quaint little neighborhood called Redbank.  She was born there and died there.

My mother was humble, never greedy.  She didn't want a big service and ended up just having a graveside service.  As I sat there eleven years ago, looking at her pink urn, it was hard to realize that she had been cremated and her ashes rested inside.

She is what kept my Nana and Grampy from divorcing each other.  They might have done just that if Mom hadn't been born.  I think Mom had been a favorite.  I didn't think she played favorites, but maybe she did.  And it was a blessing that my Nana got alzheimer's as my mom's death would have killed her.

I think my Nana had days when she knew something was missing.  Nobody else thought so, but I did.


Eleven years ago today, my mom passed away.  It seems like lightyears ago.  So at about 5PM tonight will mark the true anniversary.

Eleven years ago, I had arrived home from a false alarm for labor and called Dad to tell him it was another false alarm.  Then he went on to say that Mom had just passed away.  It was hard to take in that news miles and miles away.

My sister and brother were all there.  They saw her in her last hours.  My brother was the last face that she saw.  I sometimes got jealous of that.

I was probably better off seeing her in good condition about a month before she passed away.  And three days after she died, Mollyanne was born.

Mom died at 51, I think.  She suffered from Colon Cancer for three years.  My oldest son, Sean remembers her.  Jake might if he saw pictures.  And of course the girls never got to meet her.

She went through several surgeries early on and the doctors left a margin.  If they hadn't left a margin, maybe she would still be here.  Then she went on a Martha's Vineyard trip with us.

And she was in remission for a little bit.  Then the christmas before her death she told us it was back and in her liver this time.  She waited for Christmas to be over to tell us the news.  We didn't want to believe it.  And then she was just dying and there was no way to stop it.

Dad got mad that the relatives were consuming her remaining days.  Perhaps she would have lived just a little bit longer if she hadn't gotten tired out.  Maybe she would have seen my first daughter.  Who knows.  But they needed to be there.  They were all going to miss her just as badly.  My Aunt Mary washed her stairs for her and did some chores.  They quietly tended to things while she might have slept.  I know Dad gets angry that they were there all the time, but at the same time, they were her family.

Yet, it was her time.  It's never fair when God takes someone way before their time.  She still had half a life left.  It's never easy.

Today and yesterday have been quiet days.  I've just felt like napping.  I'm tired and I guess I need some days to reflect on what was once great to have her in my life.

And now she's gone.  Now, the years, just flow together and it just feels like another year since her death.  But still just another year of missing mom.  It's comforting to know that her spirit is near. 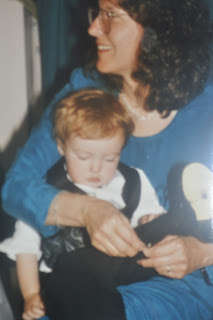 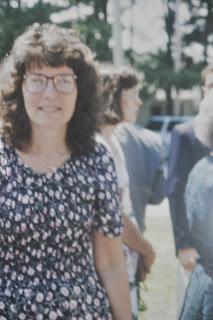 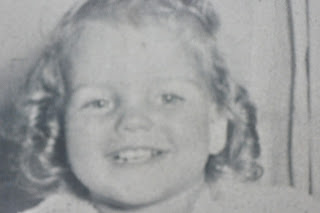 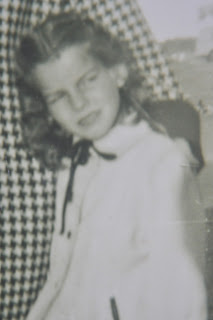 Posted by https://jenniferjofaypaperdolls/blogspot.com at 1:50 PM