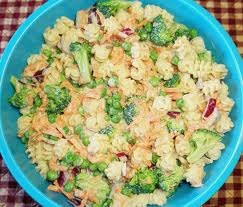 This is a picture from Google images.  It looks maybe close to mine.  I took pictures of mine with one of my kids cameras and the images didn't show up with I imported them.  And my son has borrowed my camera for the night.

I had gone to yard sales this morning and when I got back I started taking pictures of my outfits on the mannequins.  After a little bit, Sean came up and was looking a little impatient to have the camera.  I made him wait until I was done.  I needed to have the pictures taken so I can later start listing them.  He got it finally.  I also had taken some pictures of my clematis and some leaf pictures. 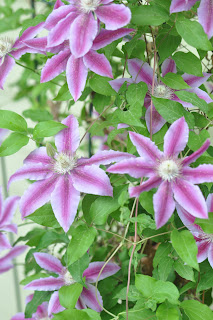 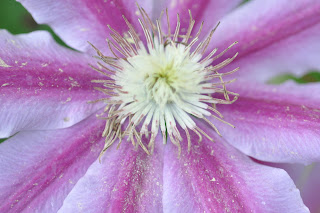 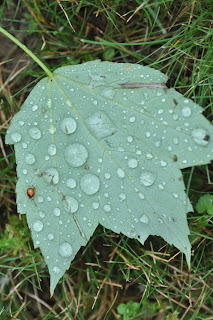 I had a little run in this morning.  I had gone to a yard sale and got back into my car.  I was sitting and hadn't started up yet.  Suddenly, this truck pulls up and I swear she pulled in only one to two inches from the front of my car.  She got out of the car, and I rolled down the window.  I hollered out, "You came awfully close to my car!"  Just said it loud enough to have her hear me.

She turns her head and says, "Can I hear you?  Can I hear you?  No."  Then I called her a bitch.  Then I went around the block and came back as she was getting into her car.  My windows were rolled down and I hollered over, "Watch your driving next time."

Then I left and went to some other yard sales.  Well, wouldn't you know, I happened to catch up to her at a yard sale.  She was getting in her car to head to the next one a few houses up.  And I was going to it to.  I followed her and we both parked and went up.

I got behind her and got her attention.  I said, "You were quite rude.  That wasn't okay to pull up that close to my car.  What if I had my child in the car and she opened her door as you were pulling up?"  She just looked at me like she didn't care.  Then I called her a bitch.  Which I probably shouldn't have but I was so ticked off that she had narrowly missed banging into my car.  And it was a safety issue.

Then, of course the woman having the yard sale got mad and told us to take it outside.  And she didn't like the profanity so I stopped.

And I watched as the woman started to leave and all the woman had the galls to say was, "That's what you get when you are yardsaling."  That made me pissed.

It shouldn't matter if you are yardsaling or going to a fair or any sort of event.  You have to be a good careful  driver.  True, it can get a little crazy when there are all these cars parking at the yard sales.  But even so, every driver has to practice good safe driving.  That becomes a safety issue.  Sometimes there are kids around and it could become so easy to put them in danger if you aren't a careful driver.  Do you think that driving to yard sales makes it the exception to practice piss poor driving skills?  No.

So, she left thank god and I started calming down and gathered a bunch of outfits to buy.  As I left, the woman doing the yard sale wished me a better rest of my day.  I said thank-you and just said that it was a safety issue.

What if I had chosen to open up my door again as she was pulling in?  I could have been hurt too.  And not to mention causing damage to my car.


So, that said, onto the yummy recipe.

I'm here sleeping over my kids house tonight, so we got cooking in the kitchen.  I started to make my pasta salad and of course they got some of the noodles before I put my fixings in.

1 box of tri-color rotini noodles or the smaller ones. (wheels?)
Three to four stalks of celery, diced and chopped
1 small bunch of fresh broccoli florets
1/2 bag of chopped baby carrots
1/2 diced cucumber
1 polska kielbasa, chopped and diced. (I think I used the regular or the turkey kielbasa)

Boil your noodles, drain and rinse.  Then add your above ingredients.

After this, I got some french's mustard and poured a good amount over the top of the pasta salad.  Then I added 1 cup of mayonnaise.  I also added about 1/2 of an italian dressing container.  Also three good heaping tbsps of sweet pickle relish.

Mix it all in and eat some now and let the rest sit.

I also whipped up some homemade ice cream that is chilling right now.

Mix it all together and freeze.

I also decided to freeze some coffee into some little ice cubes this morning.  And will later put some into a drink.

And I have a stack of clothing behind me that next needs to be listed on ebay.  My girls are off to a play date with a friend all afternoon, and the oldest is gone for the day and night and we just have Jake left who is quietly watching his movies.

When the girls come home, we're going to watch Gone tonight.  Netflix sent it to me last night and I watched it and am going to watch it again tonight.


Posted by https://jenniferjofaypaperdolls/blogspot.com at 10:19 AM