When Should You Block Someone?

As we search the Internet, we learn that sometimes we don't like what we see.  We start to get junk email from unknown people.  We are usually lucky and most of it goes into our spam.  Or if it doesn't, you can make it go into your spam.  You can also report things as abuse.

With Twitter, I have been starting to get some spammer direct messages.  Each person says, "I can't believe what this person is saying about you?"  The first time I got this, I clicked on the link that went with it.  I was curious what they were saying about me.  Well, immediately it comes to the Twitter page and Twitter tells you not to go any further as it is a malicious link.

So what I have been doing every time a person sends this message is, I go into Twitter, find their profile and I report them as spam.  Some were following me and some were not.

Sometimes, we have to go in and block stuff.  Sometimes we have to block messages or comments appearing on our blogs, or other writing sites.  I had done this on Hubpages a few times.  Once I did this when I had written some venting articles about a little girl stealing my nail polish.  I had been ticked off at how the parents had handled it and I had to get the police involved to get my nailpolish back.  The father was a terrible father.  He waited four hours and didn't even bother to march his little girl over to return the stolen stuff.  Anyway, my new novel The Thief Who Wouldn't Learn is going to be loosely based on it.

But at the time, I was getting nasty comments from people who knew the family and I didn't want them to appear on my articles.  I ended up deleting the articles at a later date anyway, but I had perfect right to vent.

When I used to chat with those MySpace guys last year, I reported a lot of them as spam.  Especially after they all asked me for money.  Every single one got reported for spam.

And today, I have found myself blocking a few people in igoogle.  I went to igoogle just a half hour ago to post some of my stuff I had written from Triond and I scrolled down to see what was on my page.  Suddenly I come to a moving picture of a woman and a man having sex.  Like I needed to see that.  I wrote a comment about how this kind of thing needs to be left private or on a pornosite.  I told the person to get that kind of thing off igoogle and told him it is igoogle and not a pornographic site.

It's a little different if it is a simple cartoon picture of a nude man and woman if it comes with a funny joke.  Somethings are tasteful and okay.  And some nude pictures of men and woman are an art form if it is tastefully done.

So anytime you are offended by something that appears on your page, you have the right to block it or report or flag something as abuse.  And sometimes people get creepy emails or other stuff, that might weird you out.  Yes, you can block and report.  You don't need to put up with it.

And today I have been dealing with Ebay and reporting a buyer as abuse.  If you have been following a bunch of my posts, I have been dealing with a buyer that wasn't satisfied with her purchase of her vintage Tammy doll.  Well all along I was telling her that she had to return the doll if she wants her full refund.  She sent me quite a few nasty emails and  a few were threatening to give me negative feedback and report me as fraud.

I had earlier called Ebay on this and they said if she sends negative feedback they can retract it.  Well, last Saturday she opened a case against me, which told me I was to give her a full refund upon return of the doll.  Which was all along the whole idea and myself and Ebay were telling her to return the doll.  Yesterday, she closed the case and didn't want to return the doll.  Happy on my end, she didn't end up getting her refund.  And I went to look at my feedback yesterday and sure enough, her nasty feedback, "This seller is a fraud."

I have since called Ebay this morning to settle the matter.  Ebay has retracted the negative feedback, and I have asked Ebay to report her for abuse, defamation of character, extortion and threatening emails.  They are going to look at all the messages to see if she has violated Ebay policies which I'm sure she has.  She will be getting a warning and will not be able to buy anything in the future.  I haven't decided not to block her yet as I want to know what happens.  I want to go in and see if she got reported.  And once I find out and am satisfied, I'm gonna block her.

I also blocked another buyer that won a doll and she never ended up paying for it.  So I blocked her from bidding on my stuff again.

So block someone anytime you feel offended, don't know them or anything else happens.

Sometimes we have the need to unfriend someone too on our Facebook pages.  I have had a bunch of people trying to friend me and I didn't know any of them.  A few I unfriended as soon as they requested to get me on video messenger with them.  And one tagged me with an inappropriate picture and I unfriended them.  So with Facebook, check out their profile before you decide to friend them.  Especially if you don't know them. 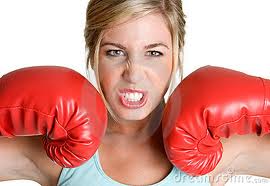 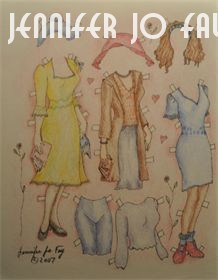 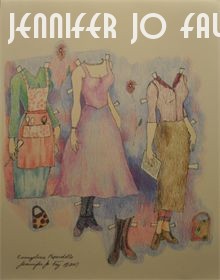 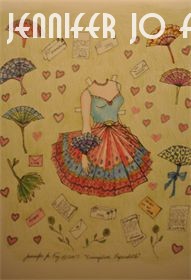 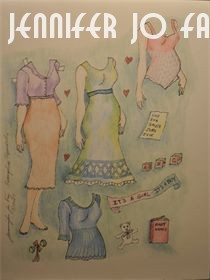 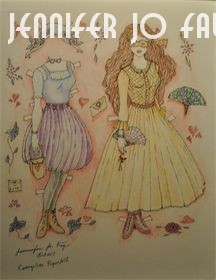 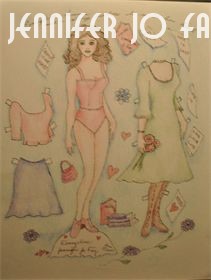 Posted by https://jenniferjofaypaperdolls/blogspot.com at 1:02 PM