Kris Jenner's affair and Why normal people stray from their marriages

Kris Jenner seems to love to pimp out her girls.  They appear like celebrity sluts.  She seems to take great pride in pimping them.
And now the new thing seems to be this new rumor of Khloe not being the biological daughter of Robert Kardashion.

Good lord, it must be true and now she and her mom are trying to cover it up.  It's come from the man himself.

It wasn't some rumor that a stranger has said to get fifteen minutes of fame.

Khloe shouldn't be getting mad.  She should be going to her mother for the hard boiled answers.  Kris had an affair and made a mistake.

Bad role model for young girls.  Saying it's okay to have an affair and then trying to cover up the fact that Khloe may indeed be the younger man's daughter.

So anyway, she was famous and had an affair.  What about everyone else who isn't famous who has an affair.  Bad morals possibly.

What makes them do it?  Most likely there must be something wrong with their home life.  Something must drive them to do it.  Why?

Do they get the lustful feelings and then can't seem to can it?  Many of us do get lustful feelings once in our lives and we have to realize that it isn't okay and we have to shove it in a bottle.  It happened to me once.  I had lustful feelings for my daughter's preschool teacher, but I had to can it.  But for the time being it became uncomfortable for my friends in the preschool room.  The female teachers felt uncomfortable and they probably got embarrassed one day when the male teacher came back into the classroom and said he had an erection about Julia's mom.  I over heard him say it as I was walking into the room with Julia.  He had come out of the classroom and walked by Julia and I as we were reading a book.  He went into the bathroom and when he came out and went back in he let them know what he did.

After the end of the school year, the male teacher ended up taking a job out in California and nothing ever happened.  But before the end, he tried to get me in private, but I wouldn't let him have the moment.

I just didn't end up want to do anything to jeopardize my marriage.

And some people have an affair for years, and they try to hide the fact that they're doing it.  You would think that they would realize that they are destroying their marriage in the process.  When the unsuspecting other half find out, they feel betrayed, hurt and suddenly that trust and marriage vows walk out the door.

The marriage is severed.  Damaged.  Kaput.

Some people can actually try to reconcile their marriage.  Some really feel guilty that they did it and that it didn't mean anything.  Many men and women realize that they shouldn't have done it and that they will never do it again.

And then there are other men and women who just don't take their marriage seriously and abuse it and have countless affairs.  They probably have no morals.

What can you do when you kind of still love the person and you want to try to forgive him or her?  You try really hard to see that the person can change and be a better person for you.  They have told you countless times that they will change.

Yet, actions often speak louder than words.  You need to see who he or she is and wait for them to show you big changes before you should be willing to accept them back into your life.

Tell them, you need time to yourself to think about things.  Let yourself heal and see if there is anything worth beginning again.

I even had my oldest daughter ask me last week if I was going to get back with Daddy.  I of course had to tell her no.

It's just too much water under the bridge.  And its been over a few years and now I have a permanent boyfriend.  Sometimes you just can't go back.  But because she said that, it made me wonder if she and the other kids were still hoping.  But they all know I have a boyfriend and it's not going to change and go back the way it used to be. 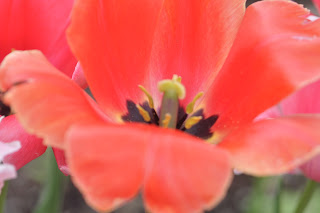 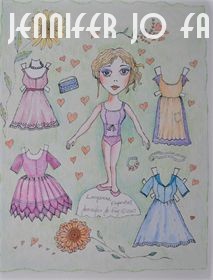 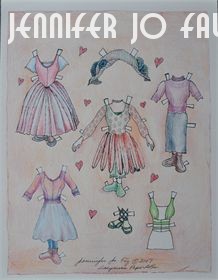 Posted by https://jenniferjofaypaperdolls/blogspot.com at 4:07 PM